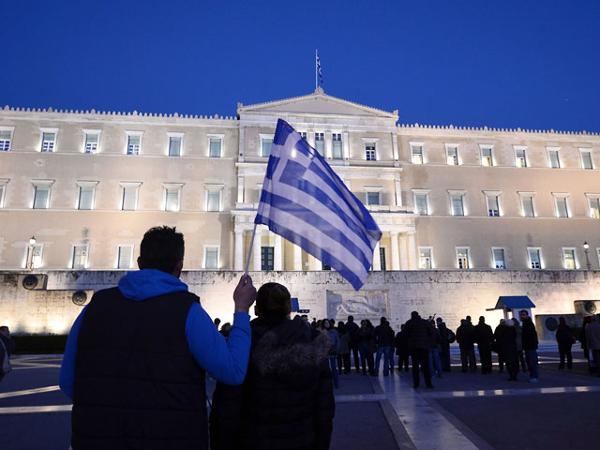 “This is not a Greek problem, this is a European problem,” Prime Minister Alexis Tsipras said. “European problems require European solutions.” The context of this strong statement was from the European Parliament last Wednesday, when the PM referred to the referendum and its meaning.

As we know, it was not a referendum on the Euro or the Drachma. It was not pro-Europeans against Eurosceptics. It was a vote on trust. On trust in another Europe different from austerity, different from the Europe leaded by bureau.

Because that was actually what was all about. Greeks voted on which model of Europe they want and, as far as their referendum succeeded, all Europeans are discussing so. Perhaps there were no other European issue discussed more in the media than the Grexit for years. Perhaps the elections last year, but we all know how the European Parliament elections are viewed in the media: just a national issue, not a trans-national one.

What about talking on kicking out a country from our common project? A project that is currently ruled from Frankfurt, New York and the Schuman roundabout without the citizenry? We, especially the youth, had not seen it for a long time. In my own case, it was the first time I saw such a discussion.

Because it was actually a public discussion. We all are used to hear about the previous government measures in the streets —the cuts, unemployment— of our countries. But, before the Greferendum, I also heard about people who were concerned about Greece. Maybe it was the Mediterranean solidarity, but I think not. And Alexis Tsipras showed that in the EP.

Hundreds of thousands of people were trying to follow his appearance in streaming —“trying” is the word, because actually the streaming service did not work well. Just to keep numbers in mind: the average in a usual audience of a plenary session is about 5,000. The parliamentary debate and the “Greek issue” itself is the beginning of something. Just watch the numbers and walk around your city. Keep your ears open.

The Greferedum was only the awakening of a European democracy. Yes, we have elections every five years, but it is not the same. A public, democratic debate is necessary if we want a new EU.; an EU for its citizenry, not for non-elected people whose measures have been deemed to have the worst solutions to our crisis.

And the only way to rebuild this project, a project kidnapped by neoliberals, is with democracy. That is the reason why the Greeks have done is so important: they showed to all Europe it is possible to say “no” when Europe is unfair. European integration does not mean to accept it whatever the costs will be, but as a process of democratic debate. This is the European way, although the Troika has forgotten it.

The EU must be re-thought. We are Europeans, citizens, not €-consumers. The Greeks are leading the way, but they are not alone. We can join them with a debate on rebuilding the EU, empowering all of us with mechanisms we already have. Such as calling for a new European Convention, which will open the public debate between institutions and civil society to build together something new. Something that it is not an economic agreement between elites anymore, but a strong political union.

We will not wait for a long time. The first public debate has already occurred in Greece and in the EP. Now, we are discussing the European future, despite the efforts of the old-fashioned economic decision makers who are destroying our transnational project, and despite of their effort to silence opposing voices as they are doing with Tsipras’ government. Right, Mr. Schulz? We are talking openly of the future of Europe. Even in the streets!

So it is time to say OXI to bureaucracy from the Troika, big elites and lobbyists. It is time to reclaim Europe once again. All together. 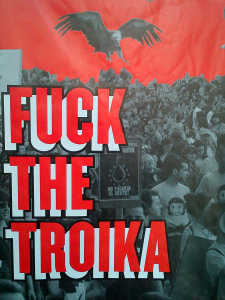 Marc Martorell is a member of Joves d’Esquerra Verda and a coordinator of the FYEG’s Democracy Working Group.