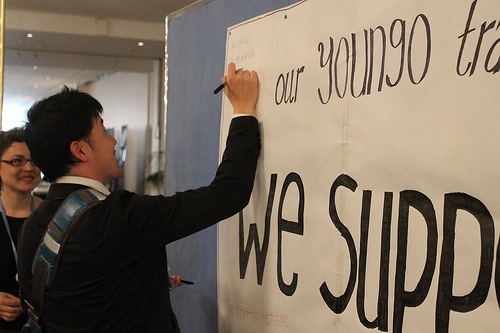 One of the many discussion in the context of climate change related activism is the framing of said cause: how can I hold an event that demonstrates the (very scary) reality of climate change without paralyzing the target audience? How can engage people in climate action without suggesting that de-carbonizing their dinner once a week will do the deal?

At the United Nations Framework of the Conference on Climate Change we ask ourselves very similar questions. Depending on the event our target audience is the media or the delegates themselves. The latter tend to be stressed and on the run with coffee in one and folders in the other hand from room “Mozart” to “Beethoven”. As the UNFCCC is coming to an end we saw great reason to hold an action that asks said stress bombs to positively engage with us without much effort.

One – if not the – central demand of the youth at UNFCCC is to keep the temperature rise as low as possible (at the very lead at +2°C) at the highest probability scientifically, technically and economically possible. It is this option that we need to make politically possible. 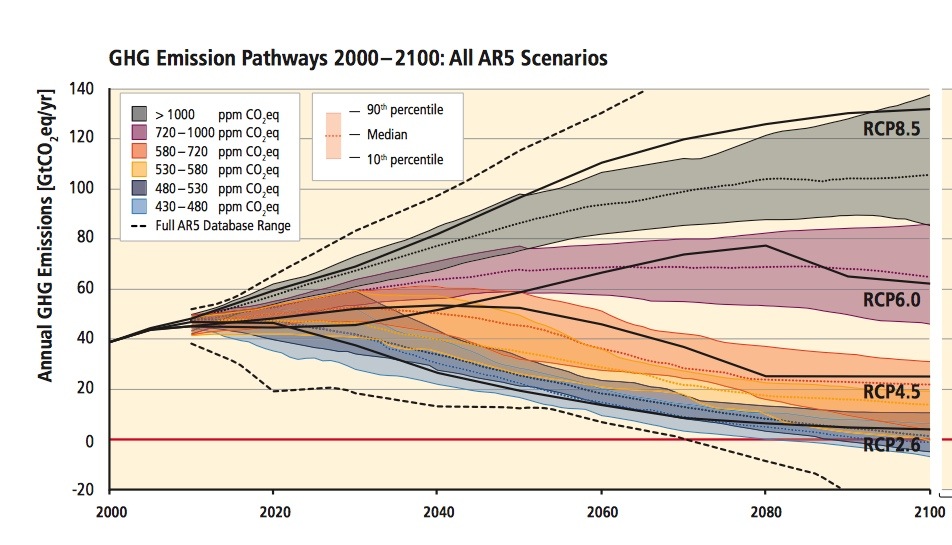 Looking at, possibly, the most important info graphic of the latest 3000 page long IPCC report the political demands can be most easily formulated: in order to stay under +2°C at a 88% chance we need to peak our emission no later than 2017 to then continuously reduce them to zero by 2040-2070, as the blue “scenario” shows. The other scenarios (red, pink …) mirror the pathways for a 66%, 50%, 33% and 15% chance to stay below +2°C. And: having listened to climate scientists, amongst others co-authors of said IPCC reports, it is clear than ever that this is political choice!

Net zero is also known as carbon neutrality. Both terms are used interchangeably by some; yet, the latter has been increasingly used to whitewash very unsustainable activities through offsetting. Net Zero paints the picture of a future, where all energy is emission-free (100% renewables after total phase-out of fossil fuels) while all “naturally” emitting sectors such as agricultures are optimized and the remaining emissions are “neutralized” through responsible offsetting.

Net zero has is being increasingly adopted a more radically connoted goal by many civil non-state actors. After some meetings at the UNFCCC many of us felt the need to carry this term into the spaces and debates of the negotiations (and our local campaigns!). 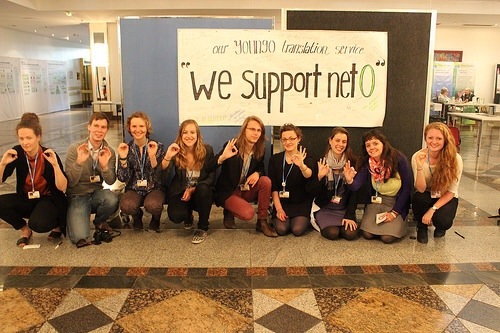 And is there any better way to learn than to say it in your own words? Of course not. We thus asked passing negotiators and representatives to translate the phrase “We support Net Zero” into their local language and express their support in their own words – and collected an incredible 65 languages!

Admittedly, the Saudi and the Polish delegation weren’t too delighted but more delegates than ever were interested in this collaborative rather than confrontative way of engaging with us and our message. As many could not directly make sense of the term but were curious of our multilingual poster and the unusually high engagement of the delegates, we had the chance to tell them about our simple demand: a ⅔ chance is not enough!