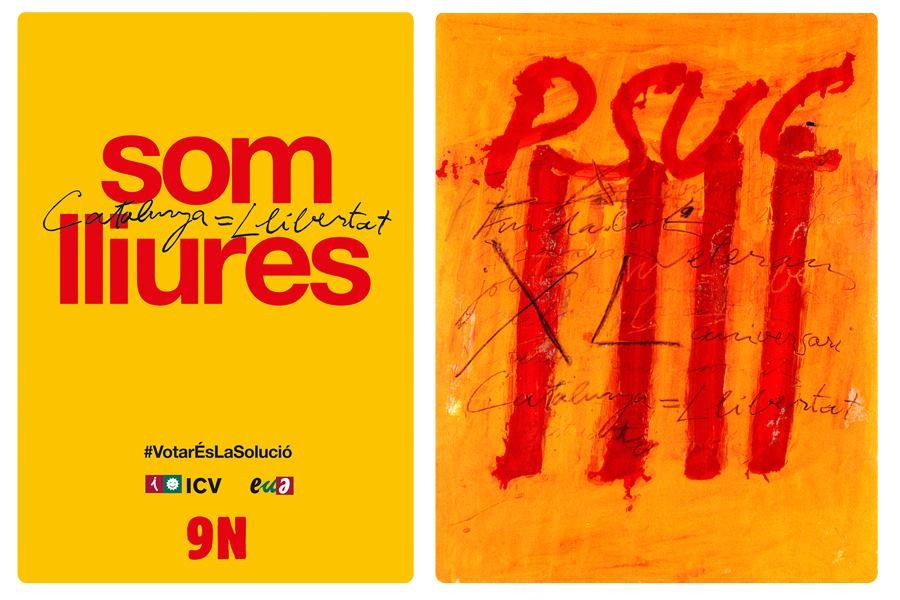 Diversity. That is what the Green movement is about. For this reason, all the members of our political family are different from each other. However, we all stand up for a common array of issues, no matter where we come from. Joves d’Esquerra Verda (Catalan Left Young Greens) is not different: we defend Europe against TTIP and austerity measures, we fight for an equal, non-discriminatory society in Spain, where women are entitled the same rights as men… and we claim for a democratic referendum in Catalonia.

Catalans want to decide their own future. This is why 1.8 million people went to the street in a huge demonstration to prove our common will on September 11th. We think this is the only option to express our desire of freedom, especially at the end of the Spanish current political system –which was established during what is called “Spanish Transition”. There is no option but to vote and collectively decide our country’s future. There is no option but democracy.

And we, the Catalan Left Young Greens, want to vote with our fellow citizens. But we do not want to vote only about the political status of Catalonia; we want to decide on everything. How fair should our society be, whether the green and renewable energies have to play a key role in the energy system, what part of the public debt is fair, whether to throw out from public life those –“family clans” and individual actors- who abused the citizenship’s confidence stealing our money…

By doing so, we want to make sure that we can shape the country according to our wishes and trigger an in-depth debate about our future. This debate should make all our national, political, religious or social sensitivities arise. This debate ought to be similar to the one the Scottish had regarding their independence referendum.

The Catalan movement does not want to isolate the country nor Catalan citizens. It only wants to decide its own future. We want to vote because we are democratic people and we have fought, during Franco’s dictatorship and transition process, to build a democracy based on values of freedom, equality and social justice. In this process, we Greens want to exercise our right to vote and have a democratic and inclusive debate that let us continue working for a better society.

Of course we, as Catalans, defend our common cultural and historical background, but we consider that this movement that reclaim the right to the vote is huge, inclusive and made of a diversity of opinions and ideologies. Here is where our strength arises from: we do not defend a “nationalist” movement, but a renewal for an outdated system which does not represent us –especially the youth- anymore.

Catalonia has a 45,9% youth unemployment rate, which also means that labour precariousness, lack of emancipation chances, and forced exile to find a non-precarious job are the main current problems of young Catalans, and therefore, of the whole Catalan society.

Furthermore, the political establishment is a hard gap between the youngs and how they –our friends, partners and familiars- see politics, and the opportunity to change whatever have to be changed is a good way to reclaim a new Catalonia to empower citizens, both young and adults, again. It is, in fact, a good way to reclaim a new democracy; even a Left Green democracy.