Being a migrant – specifically being a refugee – is when a person or people move from one place to another to escape danger and look for a better life. From the beginning until today, migration has always been a habit for humans. It will stay that way as dictated by human nature as long as dangers exist in human life.

The recent migrant crisis in Europe has been the same but more complex than the historical movement of people from place to place looking for better life. In most cases, the journey of refugees in recent years has been a journey to escape brutality, treachery and certain death at home, seeking hope and safe haven.

As there is no certain future in the horizon, many people take the risk to migrate to Europe seeking a chance to live in peace. However, the journey is dangerous in sea and on land in the hands of human traffickers. In recent years, we have heard constantly from media of the recent mass deaths of immigrants in their journeys; it is not a journey most of them had wished for but it became the only option when there was no choice. As the rest of the world become more and more skeptical and careless about the situation on the ground in war-torn countries, most victims have become hopeless and are escaping from the dangers surrounding them on a daily basis.

When we keep a close eye on the refugee situation, listening to their stories and their plight, we became more understanding that they are people like us, suffering from the evil deeds of fellow human beings inflicted upon them. Their tragic and misfortune tells us how merciless some humans have become.

I myself am one of the refugees who fled war and persecution at home. I cannot describe all the pain I have gone through, the horror I have faced in my home country as well as during my journey to Europe. I have survived numerous times from death in the hands of the militia in Somalia, my country of origin, while the others didn’t survive from the brutality and was instead killed by the militia in cold blood.

Eventually I was able to flee. I took the dangerous trip to Europe in search of hope. Through the suffering of the wilderness of an environment hostile to foreigners, the hope of success did not go away. Many died in the sea while others were killed on the road; two of my companions were killed by traffickers for asking food and water. Some were raped and tortured; many died before they reached a safe shore. For the remaining, it was dream come true to reach their destiny and safety.  We were safe, but were deeply sad for what happened to our fellows.

Common sense tells us that death is inevitable in some cases, especially when you’re heading into an unknown direction beyond your knowledge. However, many cross the limits of fear and sometimes reach their destined lands.

Some wonder: what is the reason behind the migration crisis in Europe and how can we stop it?

On the roots of the migration crisis, we need to define mass migration. This concept refers to people traveling miles away from their countries of origin to seek a better place, to find a better life. There are reasons which cause these mass migrations to happen include drought, civil wars, conflict and persecution.

One must also distinguish a refugee from a migrant. Though a migrant is an umbrella term that includes refugees, the characteristics surrounding the terms differ. For instance, a normal migrant is a person who makes a conscious choice to leave their country to seek a better life elsewhere. Before they decide to leave their country, a migrant can seek information about their new home, study the language and explore employment opportunities. They can plan their travel, take their belongings with them and say goodbye to the important people in their lives. They are free to return home at any time if things do not work out as they had hoped for or if they get homesick or want to visit family members and friends left behind.

Refugees are people forced to leave their country, because they are at risk of or have experienced persecution. The concerns of refugees are shelter and safety, not economic advantage. They leave behind their homes, most or all of their belongings, family members and friends. Some are forced to flee with no warning and many have experienced significant trauma or being tortured. The journey to safety is fraught with hazard and many refugees risk their lives in search of protection. They cannot return unless the situation that forced them to leave improves.

Looking into the recent influx of the refugees to Europe, reports show that most refugees and immigrants coming to Europe are from war-torn countries like Syria, Iraq, Somalia, Afghanistan, and the Central African Republic.

There are always multiple problems forcing people to flee their countries. After enduring tough conditions and multiple problems in their lives (safety, economy, etc.), many run for a better, more hopeful future. Whether it is based on civil war, drought, or affiliation to a particular group, the situation is the same as life becomes hard and unbearable.

It is then when better hope emerged for many people. Europe is a destination of peace, stability, harmony, and respect for human rights, all the while in most of their countries of origin the people are not protected by any law. They are poised to be persecuted, tortured and killed. Many people suffer the same fate every day in countries like Somalia, Iraq, Syria, Afghanistan and Central African Republic. Therefore, the EU is the closest place where those migrated people consider they can find a solution for their lives.

Vast numbers of migrants have made their way across the Mediterranean to Europe in 2015, sparking a crisis as countries struggle to cope with the influx and creating division within the EU over how best to resettle these people.

More than 750.000 migrants are estimated to arrive by sea so far this year according to the International Organization of Migration (IOM). However, the exact number is unclear as some may have passed the border undetected.

How are the European countries responding to the crises?

Germany, the UK, Austria, Belgium and some Scandinavian countries were the most desired destinations for the migrants to reach in order to find a better life. Germany continues to be the most popular destination for migrants arriving in Europe; it has received the highest number of new asylum applications, with more than 331.000 by the end of October 2015. Hungary has moved into second place as more migrants have tried to make their journey over land through Greece and the western Balkans. It had 143.070 applications by the end of this year.

Although Germany has had the most asylum applications in 2015, the surge of people arriving in Hungary meant it has the highest in proportion to its population, with more than 1,450 refugees per 100.000 of the local Hungarian population who claimed asylum in the first half of 2015. The figure for Germany was 323 for every 100.000 residents, for the United Kingdom it was 30 applications.

Although there is a huge number applying for asylum, the number of people of being given asylum is far lower. In 2014, EU countries offered asylum to 184.665 refugees. In the same year more than 570.000 migrants applied for asylum, although the application for asylum can be a lengthy procedure.

European countries have had very difficult challenges to cope with this mass migration which has doubled more than from previous years. The numbers have crossed the highest number of asylum seekers fat more than half a million crossing through the EU. This has created a very unpleasant atmosphere among the European countries, where some of the countries have proposed to redesign the EU’s free movement principles.

One must address the cultural differences between the refugees and the diverse and liberal cultures of Europe. A gap must be bridged to maintain a sustainable and inclusive society, since the cultural divide involves deeper issues, ranging from the subtlety of body language such as eye contact to more overt actions. Engaging with local community and developing a sense of belonging must be promoted.

On integration, it is necessary step when dealing with the integration of communities, especially for the case of immigrants as it provides the base for harmony and development within the community. Integration removes any social and ethical gaps and biases. It also solves the problems of stereotypes, racial injustice and misconduct.

Some controversial questions are in need of answers.

Are we aware of the negative impact to the asylum seeker on the delays of slower processing of his/her asylum application?

What will be the future of millions of refugees who run from their origin country in order to reach better life and peace?

Will it be necessary to reform human rights conventions and make them compatible to 21st century challenges?

Will European countries commit to their principles of being a bastion of human rights and liberty or choose a more reactionary route?

First published on www.jidbaale.com, a Somali online newspaper; revised and edited for the Ecosprinter. (http://jidbaale.com/2016/08/journey-of-hope-for-the-victims-of-wars/) 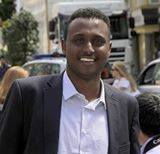 Suleiman Jama is an author, a human rights activist and an immigrant based in Europe (Austria). He is also a columnist for various Somali newspapers. Mr. Jama is also an irregular student at the University of Innsbruck. You can email him at Suleiman.jama@gmx.at.