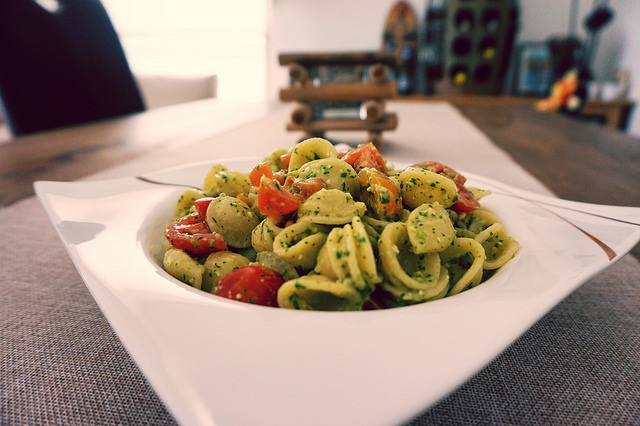 Becoming vegan is not an easy path, especially when you come from a country where cheese is a religion and a majority of traditional plates are made with dairy products and meat. Maybe that’s the reason why I didn’t come to it directly.

When I began thinking about the impact of my diet on earth, for many reasons, it was unthinkable for me to become vegan, even though I knew the good it could do. I thought it would be bad for my health, as many people do. Because of my thyroid problems, I thought I would lack of everything, from vitamins to proteins. I am also a cheese lover, so I couldn’t imagine my life without it. I thought veganism was paradoxical because you could end up being obliged to eat food coming from the other part of the world to have a healthy food intake. Consequently, I thought all the benefits of being vegan on my carbon footprint would be lost.

I precisely became aware of the impact of my carnivore diet on my carbon footprint, but also of the benefits it could have on the availability of food worldwide, i.e. the fact that meat production needs more space than cereal, vegetables and greens farming. Consequently, four years ago, I began reducing my meat intake, just after I left my family home to pursue my studies. It was easier to do it alone, but even in that situation, it took me three years to totally stop eating meat and fish. The documentary Cowspiracy had a major impact on me. However, I recently made an exception about fish, because of some misconceptions about vegetarian people. In my family, it means eating fish and I fiercely believe it’s hard to convince people when you don’t open yourself to discussion. It’s hard to convince people when you refuse to eat something prepared with love, with the thought that you were going to be happy eating what they prepared. And it’s hard to convince people if you don’t show them that being vegan or vegetarian isn’t a constraint.

What convince me to become vegan was the documentary What the health. It totally reversed the misconceptions I had about veganism. It showed me that a plant-based diet could actually be better for my health and that it could even give me a chance to heal my thyroid or at least to reduce my medication. It showed me that you can’t lack protein as they come from plants and you can’t lack vitamins either, if you take care of your B12 intake. Of course, if you want to be healthy you have to eat correctly, the same as doctors say when you have an omnivore diet. It convinced me that cheese was a very unhealthy and unethical addiction. I realised that it was very hard for me to live without cheese, so the comparison with drugs in the documentary seemed therefore relevant. On the other hand, it showed me that even if I ate food that had traveled a lot (like bananas), my carbon footprint would still be inferior to the one of omnivores. I decided to reduce my intake of such type of food, because I still think it’s paradoxical with my beliefs.

It’s still difficult for me to imagine myself living on a total plant-based diet. I am still on the process. What is particularly hard is always having the necessity of justifying myself. Health reason is the easiest argument but it’s not the more convincing. People could say: “I’m not ill, so I don’t have to do it!”. My opinion is that even if you stay on the process and you succeed to approximate yourself from that perfect plant-based diet you are aiming for, you already have an important impact on people, particularly because you always have to justify yourself. This path does not have to be perfect though. I hope one day I’ll be able to refuse meat, fish and dairy products in every situation, but I am not sure it’s the solution. For now, I prefer the discovering process and the freedom of adapting myself according to the person I am with and his/her openness, in order to be the most convincing I can be. As an activist who fiercely believe in democracy, I don’t think radical discourse are key. Consensus is.