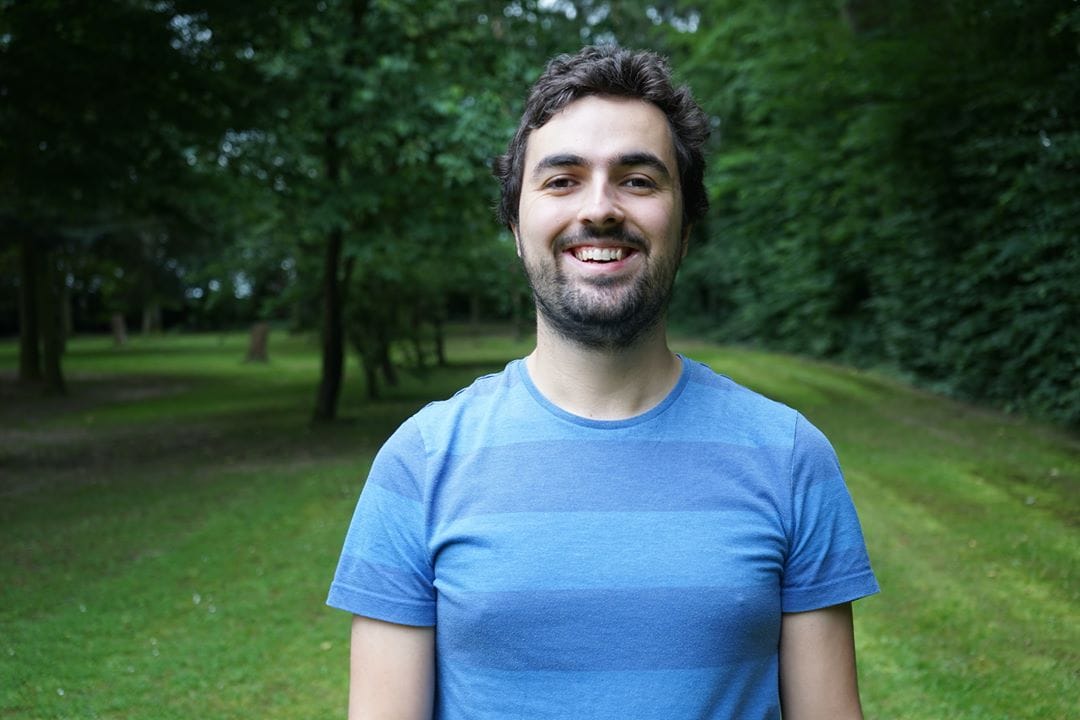 During this last week of the campaign, the Ecosprinter decided to give you some insights on a few European candidates that are trying to make the Green Wave a reality in their respective country. We let each candidate interviewed chose her/his favorite topic. Today’s article is about agricultural policies.

Antoine Tifine is a green hero in France.

EEB: What are the most pressing agricultural issues in the EU and how can Green politicians act on those?

Antoine: Current agricultural policies are failing on many levels. They’re failing on providing a decent income for farmers – many farmers are suffering from low incomes and some have had to close down their business and quit farming. Then, the policies are failing on our climate and environmental issues, because we keep producing a lot of wheat and other annual product, which are not sustainable. Also, we keep subsidizing agricultural practices which are not good for the environment, for example the overuse of fertilizers and pesticides. Then, we are also failing on biodiversity, because these pesticides are contributing to the loss of biodiversity. And also, if we think of agro-bio-diversity, that’s the diversity of seeds and products we cultivate.
That’s why it’s very important that we reform this agricultural policies. We have the aim to provide good quality, pesticide-free food for all Europeans, to contribute to capturing carbon in the soil and enhancing biodiversity and lastly to make sure that farmers have a decent income.

EEB: You have mentioned capturing carbon in our soils. Is there a connection between this issue and the exhaustion of soil?

Antoine: There are some agricultural practices that are beneficial to capturing carbon, while others are not. For example, when you are plowing land, you are going to release a lot of carbon. There are practices being developed, that avoid plowing the land while you’re seeding, which contributes to capturing carbon in the soil. Another good practice is to use crop rotation, in order not to deplete soil. Especially, if you have leguminous components in it, it will contribute to balancing nutrients in the soil without having to use synthetic chemicals and fertilizers.

EEB: What is the role of the agricultural lobby in the high usage of annual crops and how can MEPs act on its massive influence in the member states?

Antoine: I wouldn’t say that it is the farmers‘ lobby, which is the strongest. The most active one, is actually the agro-chemical industry, which is sometimes using farmers and farmers‘ unions to get to their end. There is a lot of financial interest from groups that are trying to control seeds, land and the whole supply chain. And if they do, they will control one of the most essential things for humanity, things that are necessary for people to survive. Of course, there are farmers‘ unions that are promoting this agricultural model. But I think we can get a majority of farmers to support our project of a more sustainable agricultural system. Farmers are the first victims of the current model. They are the ones in debt, taking out loans to invest in very expensive machinery and chemicals. They are victims of cancer and other illnesses that are caused by pesticides. In France, 300 farmers committed suicide last year. This is not a sustainable model. It is not viable for farmers and it really shouldn’t be a fight of farmers versus environmentalists or Greens. This should be a fight of farmers and environmentalists hand in hand against those that want to privatize our food and take hold of our food systems.

EEB: The privatization of food is not only becoming a problem for lower income groups in the EU, also the EU’s neighbors are impacted by it.

Antoine: Our common agricultural policy has a strong impact on other countries, especially through international trade, as there are less and less customs on it. Besides the EU, also some countries like the US are subsidizing their agriculture, which is bringing prices down. Other countries then also feel the need to adapt to this and then what is happening is that subsidized products are being dumped on the global market, making them often cheaper than local goods. We think that there is a right for all farmers around the world to feed their own population without facing such competition. And it should be a key principle that each farmer community has the right to feed their own population and to decide which way they want to do it.

EEB: As one of FYEG’s young candidates, could you answer how agricultural policies play a role in combating youth unemployment and other things that impact youth in particular?

Antoine: Since Poland joined the EU, they have lost more than one million farmers. What we see in Poland, is also true for all European countries, because our agricultural policy is encouraging farms to grow bigger and bigger and we tend to forget about the numbers of farmers leaving countrysides. Organic farming requires less chemicals and less materials, but more people. This can be a solution to provide meaningful jobs and regenerate our countrysides that are dying. Our food and agricultural policies should aim at providing meaningful and good quality jobs to those who are interested in them.

EEB: Thanks Antoine for answering our questions, we wish you all the best for the elections and we hope your battle for sustainable and fair agricultural policies will find an echo in the European Parliament in the next years!