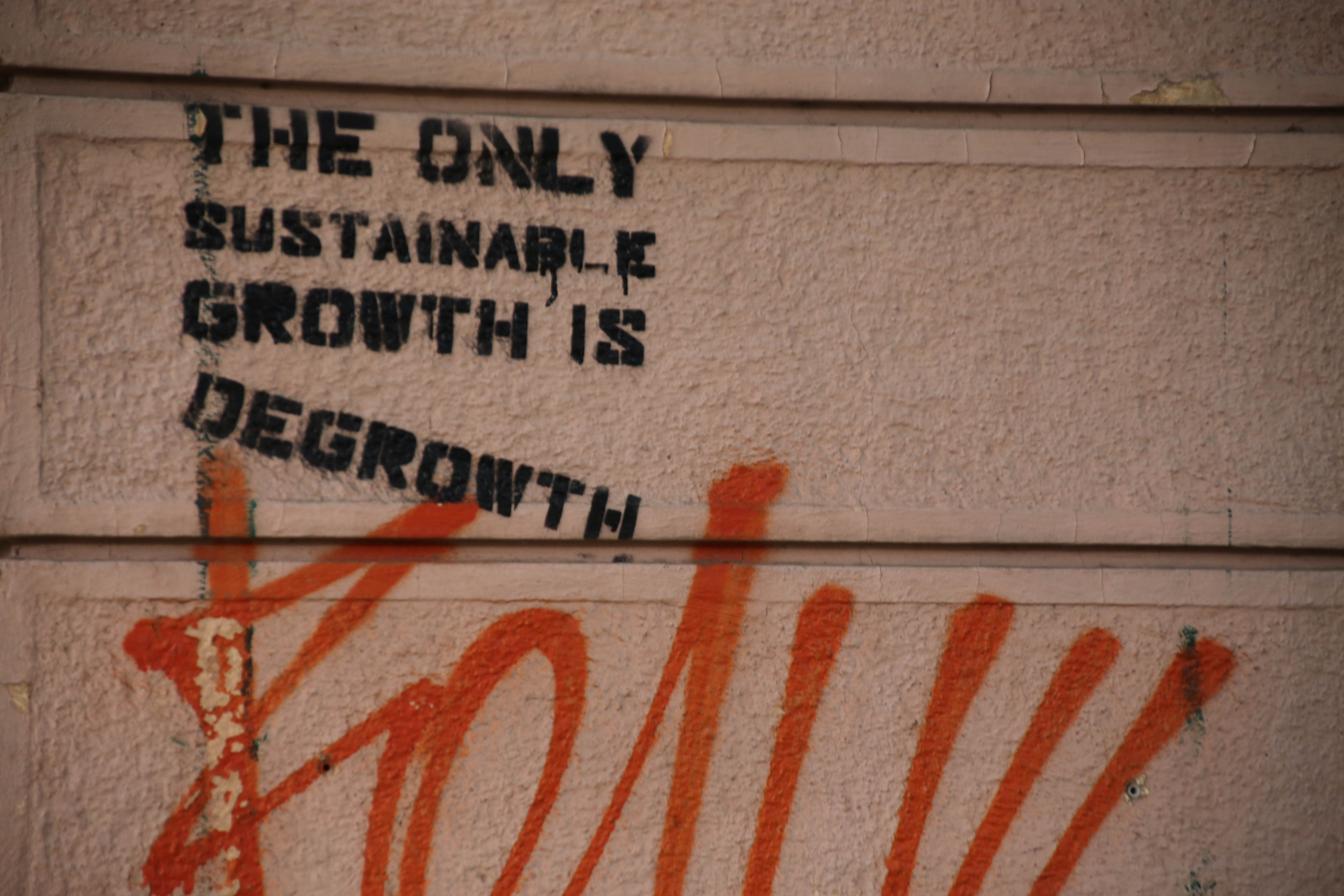 The attitude that capitalism gives rise to, dehumanises us because it turns us into competitive animals. We fail to realise that capitalism is an inherently exploitative system, where most of the power will always reside in the hands of the rich. But there is a way around this…

Content warning: this might read like a utopian monologue to you. This is why I suggest that after reading this, you go out and read some more (after all, a whole economic program cannot be effectively detailed in a short article; see GEF’s third issue on degrowth), or at least approach the values upheld by capitalism exposed here (profit, work, domination, inherently bad human nature, etc..) with a more critical mindset.

For some time now, neoliberal economics have been vividly criticised by commentators from the Left. What is noticeable, however, is the sheer lack of radical (i.e taking something to the root) criticism coming from Europe’s “moderate Left” parties. Neoliberal vocabulary – such as “competitiveness”, the “inclusion/exclusion” duo – can for instance be found in the speeches of François Hollande, the French socialist president as much as in David Cameron’s, the English Conservative PM. Moreover, one can witness what can only be considered blind faith in the good that more growth, be it green or innovative, could bring to our countries. Their economic plans seem to be merely “lighter” versions of the so called moderate right wing European parties, offering only marginal redistribution, social justice and environmental protection.

Any sort of fundamental criticism of capitalism has been overlooked for years now, and strangely enough it hasn’t managed to reappear after the 2008 global crisis. Except in the more radical parts of the Left, within the different branches of ecological, communist and anarchist movements. This can be seen in the plan for the “Green New Deal” put forward by the European Greens in 2012, in which they recommend degrowth in order for all of us to have a sustainable future.

For the advocates of degrowth, in line with Marxist and ecologist theories, the basis of capitalism, the principle that says that one should seek one’s own profit under any circumstance, is what causes the exploitative behaviour towards nature or other humans (be it workers, women, people of colour, etc..) that can be seen today. Indeed, they contend that even the “nicest” form of capitalism, with the “nicest” bosses, paychecks, social care, and so on will never take away the fact that capitalism is an inherently exploitative system, where most of the power will always reside in the hands of capital. If your boss pays you 70 000€ a year – which is much more than any national average anywhere in Europe – the issue is that he or she still has the power to take that money away from you if ever “things get tough”, i.e. whenever a crisis hits, or when competition from “developing” countries gets too hard to sustain this salary, even though you work with just as much effort as before.

This attitude dehumanises us, because it turns us into competitive animals. And the worst part is that we are all corrupt, because we all take part in it. Indeed, your boss probably doesn’t wish to lower your salary, but feels pressured to do so, because if he or she doesn’t, the future of the company is jeopardised due to competition.

The justifications for this principle are diverse: “trickle-down” economists say it will profit society at large, while others fear that if we don’t, other people would still naturally do it and exploit us. While moderate left-wing scholars have questioned the first justification, they still continue to believe in the second. This is why they want their countries to “remain competitive” in the face of an ever globalising and ruthless market. Because if we don’t innovate continuously, then China’s economy will grow until it destroys ours.

There is a way around this. There is a way to bring back ethics in our economy, and to create a real egalitarian society that is respectful of its environment.

Stop growth, because without growth, without this underlying necessity of profit, there is no more capitalism. No more need to exploit millions of Chinese workers in sweatshops. Or to dump cheap chlorine-filled chicken in different African markets thanks to the tremendous state subsidies that we can afford as “developed countries”, whereas their stocks of chicken are readily available in their local markets. Or to entirely burn down the Rainforest, in order to grow GMO soy beans to feed cows that live by tens of thousands, piled up in industrial farms, in horrendous living conditions.

Degrowth does not just offer a change in the organisation of our economies. It’s our entire relationship to the world and to others that changes too. For instance, without the need for growth, we can produce just what we need, not the quantity that will lead to the most profit.

In reality, thanks to the incredible technological progress since the Industrial Revolution, we could lead lives in which we would have to work only three hours a day. The rest of the time, we could occupy ourselves with what really counts: caring for our loved ones, reading and learning, tending to our own gardens (because improving our resilience in cities is more than an imperative), engaging in direct forms of democracy, and so on. All in all rediscovering the world around us in an ethical and joyful fashion. Moreover, our sustainable relation with the world would be attained not just by limiting our consumption, but also by adopting renewable modes of production (through renewable energy and materials) thanks to the use of new technologies.

As you can see, an economy under degrowth (and there are even different options within degrowth) would dramatically change every dimension of our existence, which is why I recommend again that you read more on these ideas. But if you believe that the wrongs of our society are byproducts of the environments, attitudes, desires and assumptions that our institutions have created, then you should definitely give a chance to this all-encompassing economic theory that wishes to do away with capitalism in an egalitarian, libertarian, and joyful fashion.