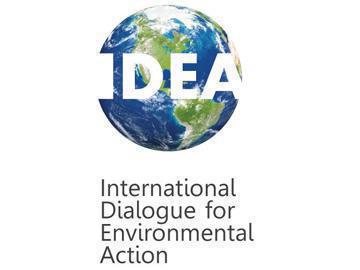 In the farthest reaches of Eastern Europe, environmental initiatives are booming. The region is eager to reach outwards, as recentlyshown by the various FYEG membership applications by young greens from Israel, Kazakhstan and Lebanon. Another recent initiative has been the founding of the IDEA Campaign in Azerbaijan. We had the opportunity to follow the first steps of this young green network, as participants of its first IDEA Camp. Here we discovered what it might hold for the Caucasus region and beyond, and how it relates to FYEG and CDN.

Over 80 young people from all over the world (with the notable exception of Africans) gathered in a hotel in the snowy mountains of Gabala, a 3 hours drive from the capital Baku. For the next three days this hotel was the décor for a plurality of discussions, presentations and lectures from fellow greens, business spokespersons and NGO representatives. The topics, such as resource efficiency and youth entrepreneurship, were interesting, and the various social activities reminded us of some colourful FYEG, GYG and CDN anecdotes. Notable speakers included Omar Faruk (EcoMuslim Organisation), Wondwosen Asnake (UNEP) and Elizabeth Weatherhead (University of Colorado). Faruk lead some of the discussions skilfully with charm and English proficiency. Asnake gave a good and honest view of UNEP and its progress and the speeches of Weatherhead were thought-provoking and inspiring for many participants. All in all, the number of speakers was astounding and all delivered fine insights in their field of expertise.

However, this also showed a noticeable flaw in the organisation of the camp. With so many speakers, lectures and discussions, the programme was flooded with activities. Not only that, but the activities were a little light on the “interactivity” element. So eventually, participants had little time to reflect on the knowledge passed on and open up discussions with fellow participants and guests. On the way back home, we were reminded of one quotes used by the speaker prof. Thomas Fischer;

“Tell me, I forget, Show me, I remember – Involve me, I understand”

Nevertheless, the organisers succeeded in bringing young greens, green veterans and the media (it was impossible not to notice all the cameramen and photographers dwindling around) together. Many youth left Gabala inspired, and aspirations to keep the network growing. In this respect, IDEA shares its network, collaboration and cooperation aspirations with established transnational green networks such as FYEG, CDN and GYG. However, can IDEA really be compared to these networks?

To bring its progressive ideology of “One Earth, One Future” into practice, IDEA needs to become aware of and reflect on its own political environment. Progressive thinking in Azerbaijan remains troubled and limited, due to the widely spread corruption and lack of democratic values. Past parliamentary elections are known for their election fraud and have faced criticism from the OSCE, CoE and HRW. Free media sources are being repressed and silenced by the state and basic human rights, such as freedom of speech and expression, are being regularly violated.

The IDEA Campaign did not manage to address this reality. It missed the opportunity to act more unbiased, by excluding independent (young) greens and indulging its participants with (probably state and business supported) luxury. Even though it was a great opportunity for young greens to focus on green issues and solutions within and beyond Azerbaijan, it lacked the crucial input from dissident voices. IDEA’s ecological aims are noteworthy, but it can only align itself with FYEG’s and CDN’s green values without the luxury and with more participatory democracy.

There is hope on the horizon, as IDEA organised a RIO+20 essay contest open to all Azeri youth early 2012. We sincerely hope that this is the beginning of a campaign which recognises not only that there is “One Earth, One Future”, but that is also depends on “All people”.

IDEA stands for International Dialogue for Environmental Action, and it aims to become a network for
environmentally-minded youth in the Caucasus region. The campaign was founded in the Autumn of 2011 by Leyla
Aliyeva, daughter of the president of Azerbaijan and vice-president of the Heydar Aliyev Foundation. This
foundation focuses on youth issues in the region.