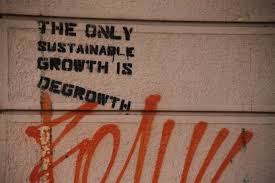 The European youth deals with numerous challenges: economic crisis, environmental crisis, migratory crisis, democratic crisis… If we consider these crises as structuring factors of the European youth, it is a question of wondering about its capacities in (re)claim the European public places. According to a recent study, we have to admit that in France, 71 % of 15-30 have never heard about the COP21. Among those who heard about the event, only 22 % are expecting positive conclusions. Resuming Laurence Tubiana’s words, official representative of France in the negotiations for the COP21 “The COP21 is part of a trend : part of a global transition towards resilient and sober societies in greenhouse gases, that the COP21 should help speed up but continue anyway after her. So I do not think Paris is, as we sometimes hear, the last chance for the climate. I would say that this is the best chance we have had so far. “Beyond expectations formulated within the framework of the negotiations’ international system, how could the COP21 be a trigger of a generational awareness? To what extent we can see the COP21 as a structuring event, a “best chance” to establish / constitute what we shall call the “Generation Europe XXI “? In a world of – and in – crisis, being inspired by Degrowth’ ideas, it would supposed to studying the possible perspectives and the role of the Youth in a decolonization of imaginaries (Serge Latouche)[1] which would push us outside our cultural, religious, historic zone of comfort. How to reinforced links rather than to create goods in a world entered the digital era, devoured by the consumerism and the individualism? In this decreasing dynamics beyond the short-term political expectations, this article aims at proposing lines of thought around three crucial themes: the Education connected to the Digital technology and the urban planning.

Faced to economic crisis and difficulties in entering the labor market, it would be the occasion to redefine the value of work. Related with reflection already initiated by the authors of “a Degrowth project”[2], the idea of a universal income coupled with free access to a number of utility makes its path on the European political scene. It’s the same for reduction of working time’ theories. Rather than suffer an imposed economic austerity and an increasingly anxious productivity model of savings and excluded by the “without-work”, why not redefine a core value in crisis? Unemployment would not be THE problem to solve and a factor of social exclusion, but the sign of a changing system. The always longer studying period and always later arrival of young people on a “market” increasingly competitive, University departments judged unproductive threatened to close … What kind of place and role for School and  University in the XXI century ? Reinventing the University is to claim access to knowledge and perpetual training. Challenge the hegemony of labor value in its productive sense is question what contributes most to the welfare of a society. This is contribute to forging human beings with critical skills and ability to talk to the “Other”. This is strengthen the European identity and continue the gigantic weaving links initiated by the Erasmus program. Moreover, can we not consider ERASMUS as a positive common denominator of “Generation Europe XXI”? Reinventing the University is about allow Youth to reclaim artistic, cultural and political spaces at European level.

In this dynamic, we also need to integrate the numeric parameter. The digital can be considered as the common denominator of “Generation Y” even “Generation Z” having grown up with the weight of Google, Apple, Microsoft (and many other). Many are wondering today about the digital responsibility in the disintegration of social links. Many studies show a growing feeling of loneliness and isolation of individuals. The instantaneous, ephemeral seem to emerge as new standards of social and societal relationships. Computers, phones, tablets, social networks … walls or windows to the world? Nevertheless, in a Degrowth perspective it is possible to consider the digital as a vector for spreading knowledge and encounters, and opportunities to redefine the concept of digital property (problem of copyright): Wikipedia, Facebook, Twitter, online media including Low Techs theory… This could be the opportunity knowing the “Other” to overcome his fears and protectionist temptations, break the shackles of religion and traditions and fix Humanity in a new phase of modernity. Clearly forge a European identity based on humanist values. More concretely, to manage a universal technology to tackle with more wisdom environmental and migratory crises whose causes and consequences transcend borders today.

In the field of urban planning, massive population movements towards Europe and climate change also call to reclaim spaces differently. How to consider the cities of tomorrow? How to build an integrated agricultural, social and economic model that would reduce the inequalities inherent to living areas, commuting from the living place to the workplace, autonomy in terms of food supplies, energy etc. ? A number of initiatives have emerged and spread, in relation to these issues: vertical farming, shared gardens, eco-districts … So many aspects of the same idea, all of them part of the “Commons” theory. This idea is based on three parameters: a fair access to resources, a sustainable use and a democratic control. From the perspective of Degrowth, questioning the city of tomorrow, its conditions of access, use and management contributes to (re) appropriate in a different way the public spaces with the theme of social links as a central value. The ZADist (Zone à Défendre = Zones we have to defend) movement in France and other cases of occupation of public spaces dedicated to small and large unnecessary projects in Europe result than spontaneous attempts of a European youth which search to (re) conquer, defend, claim spaces and a different management thereof, based on conviviality and dialogue.

Mannheim[3] considers that it is not possible to think of the generation on only arithmetical bases, a generation would not thus define itself by its simple age bracket. What makes the generations would be historic outbuildings, events as the World War I, the crisis of 1929 or still the Algerian War which contributed to build the famous French “Generation 68 “. In 1968, in “The breach “[4] co-written with Castoriadis, Edgard Morin qualifies May 68 as a “socio-juvenile 1789 revolution“. Young people at university became the intelligencia which fed the social movements. Taking back the presuppositions of Mannheim, all the generations in a biological sense are not generations in the ideological sense. Degrowth movement offers enough perspectives and paths to feed a reflection which would push us outside our zone of comfort, and build a New World on the ruins of a system which already shows signs of collapse. This European youth could deserve its title of “generation” if, by being inspired by Degrowth, she became an actress of change in a world already in transition. The COP21 could be seen as a structuring element, in any case the best chance which we had up to here to open eyes.

[3] Mannheim,.K “The Problem of Generations” in P. Kecskemeti ed, Essays on the Sociology of Knowledge by Karl Mannheim (New York: Routledge & Kegan Paul, 1952)

This English version was written by Manon Dervin of Les Jeunes Ecologistes for the Ecosprinter.