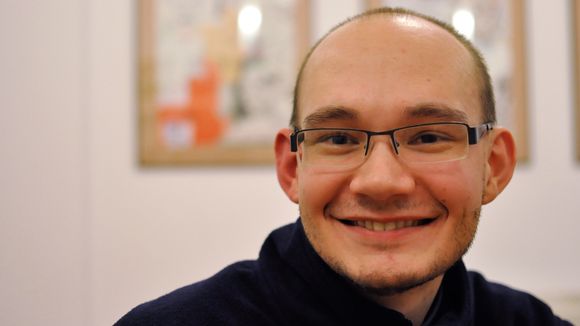 Last year, the 18th Conference of Parties (COP 18) to the UN Framework Convention on Climate Change (UNFCCC) took place in Doha, Qatar. During the conference, the agreement has been reached to extend the Kyoto Protocol for the second commitment period (between 2013 and 2019). Also further steps have been taken on a road to the global commitment of limiting CO2 emissions to be signed in 2015, Moreover, Poland was chosen to host the next UNFCCC Conference of Parties (COP 19) in 2013. I attended COP 18 through Adopt a Negotiator Fellow of Global Campaign for Climate Action and I had a possibility to track the polish team of negotiators and report on the progress of negotiations.

During the previous conference in Durban, in 2011, the parties had agreed that the binding global agreement to reduce CO2 emissions should be reached in 2015, so we couldn’t expect any groundbreaking deal from COP 18 in 2012. The major issue that needed to be resolved was filling up the interim period between the end of the first Kyoto Protocol commitment period (2005-2012) and the moment when a future agreement) is supposed to take effect (from 2020). To do this there was a need of an agreement on extending the Kyoto Protocol to second commitment period (2013-2019).

The disagreement between Eastern Europe on the one side and European Commission, developing countries and environmental NGOs on the other – over the issue of unused CO2 emissions permits (AAUs), was one of the bones of contention. Having a huge surplus of emissions permits from the first KP commitment period, Poland insisted on its transfer to the second (2012-2019) and future (post-2020) commitment periods. Despite the fact that this surplus does not come from mitigation efforts but is a result of the transformation from communist to capitalist economy (polish CO2 emissions fell over 30% in the ‘90s due to restructure of heavy industries), Poland strongly opposed its forfeiture and insisted on full carry-over. Some environmental NGOs argued that such a huge amount of surplus available on the market would 1) lower its price, 2) remove economic incentive to limit emissions, 3) and thus seriously hinder the efforts to limit global CO2 emissions.

During the COP 18, Poland was under strong international pressure. Polish stance on the transfer of AAU surplus was being opposed by coalition of environmental organizations (Climate Action Network) since the beginning of COP 18. Many actions were undertaken to exercise pressure on Poland, but polish Minister of Environment, Marcin Korolec, remained calm and confident. The European Union as a whole was also heavily criticized by NGOs for “being bullied” by Poland and failing to raise its ambition.

Not until late afternoon on December 8th, almost 24 hours after the scheduled end of the conference, the agreement on AUUs issue was finally reached. The final compromise allows Poland (and other countries that signed the second commitment period) to keep its surplus, but makes it to a large extent unsellable – each potential buyer can only purchase a maximum of 2% of other country’s surplus. All potential buyers have immediately declared they have no intention of buying it. However, this is only a political declaration and it is not binding. The surplus will be also transferred to post-2020 commitment period, and Poland already declares its hopes to sell the surplus then.

There is a challenge for Poland – as a host of COP 19, it will be on the spotlight and will have to prove its organizational skills and commitment to fight the climate change. But the hard task, the true challenge, lies ahead of Polish, European and global environmental NGOs and movements – to convince the polish government to raise its mitigation efforts. Poland´s intention is not to raise its ambition, but to keep the status quo and ensure polish economic interests are protected. Poland´s environment minister, Marcin Korolec, is very frank about it and speaks openly in various interviews in polish media: „We have applied to host COP 19, so that we could have better negotiating position and have more ability to convince Europe to our ideas”.

To understand this polish negotiating position one has to understand both polish mentality and polish economic reality. Poland has always perceived itself as a developing country, country in transformation from communism to capitalism and always compared itself to Western Europe. The level of development of Poland has drastically changed over the last 10 years. We have joined NATO in 1999, in 2004 – EU, in 2008 official representation of UNDP to Poland has been closed – and this year symbolically marks the transition from developing to developed country. We are now a proud member of a club of developed countries – the EU. And we have shifted from aid recipient to donor. But the mentality- hasn´t arrived there, yet.

Poland sees development and environment protection contradictory. We look up to Western Europe, saying “We want to be as developed as them, and they are trying to slow us down”. Poland’s stance resembles the position of rapidly industrializing economies, such as India and China – “the West” had its opportunity, now it’s our time to develop and we should have full right to do it. Only that the world has no more time to wait for Poland or any other country. Climate change won’t wait – it’s either all hand on deck, or we all sink.

The second important factor is the fact that 90% of polish electric energy comes from coal – the dirtiest energy source, and most of the energy companies are at least partially state-owned. In consequence, coal-powered energy producers constitute a powerful lobby with strong influence on government and current policy. Moreover, Poland has large natural reserves of coal, which is important factor of our national security.

Polish Minister of Environment can have such anti-climate position only because he has full support of large part of polish society. Trade unions and ordinary citizens are concerned that commitment to reducing CO2 would lead to huge lay-offs in energy sector and would raise energy prices. Coal is also seen as an energy source that allows more independence from unpredictable Russia (whereas coal can be obtained domestically, gas is mainly imported from Russia, which can turn the valve on and off depending on political decisions). Fighting against climate change and environment protection is widely perceived as a luxury we can’t afford when there are much more pressing issues – development, economic interests, energy security. And the Ministry is able to sells its obstructions and strong stance against raising ambitions internally as a success of Poland in defending our economic interests from pressure of European bureaucrats and lobbies.
Many of these claims are actually myths: We import vast quantities of coal from Russia, as it is cheaper than polish coal! And polish coal becomes less and less competitive on international market. Employment in mining sector is only around 100,000 people and if we invested in renewables, we could double it. And of course, renewables improve energy security as the sun, water and biomass are not imported from Russia. But convincing polish society about this is a long and painful process. Yet more and more experts claim that trying to run against the European current can be detrimental to polish economy in the long run.

If we want to advance polish negotiating position towards more flexible and climate-friendly one, we need to break this narrative instead of just reinforcing it by putting external pressure. We need authentic, bottom-up climate movement, we need support and incentives for renewables and finally – Europe needs to send a strong political signal that the Polish energy security issue is also the European energy security issue.

Another fortnightly Conference of Parties (COP19)  has begun today, on 11 November 2013, in Warsaw (capital of Poland). Poland has shown till now that nothing has been changed in its position – once again it has weakened the EU position in the run-up of the COP19. I have a strong feeling this COP won’t bring any breakthrough in the negotiations, but it will be very important for internal debate on climate change in Poland – polish negotiating position in the long term will depend on the ability of civil society, activists and international NGOs to break the dominating narrative and establish a new one, in which Poland’s advancement is a key to change of international climate politics. We need to convince polish society that climate change is real and pressing issue and that mitigation efforts are not against our national interest.