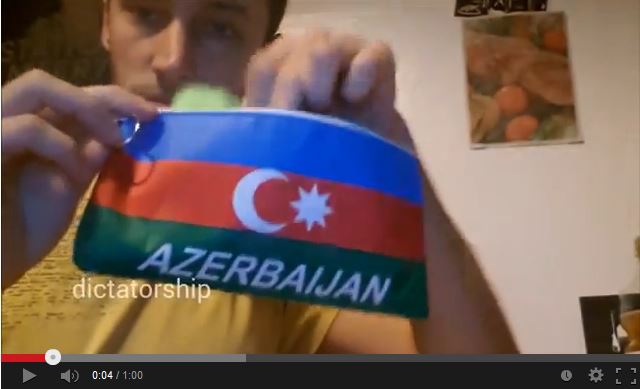 The 2013 Azerbaidjan presidential elections were not planned to surprise ; and indeed, violent repression of political opposants was once again, staged for the event. However, “not surprising” would not be the appropriate qualificative for these elections, which have seen the release of an amazing tool none of our current democracies never thought of.

Who indeed would have thought of simplifying the voting process at such  an extent that the voting results are known even before the election takes place ? A oh-so-modern and unique experience the Azeris – and their new acclaimed president at 72,76% – will maybe have to regret soon.

Indeed, lots of voices raised all around Europe to criticize the undemocratical process of these elections (although for sure recognizing their time-saving character ), among them the Young European Greens. But who are really these people claiming Azerbaidjan is a dictature where the elections are faked and the freedom of the press not respected?

One of them, Christof Schauwecker, released a short video, dramatically pointing at Azerbaidjan’s lack of democracy, freedoms of any kind and repression of opposants, for the occasion of the elections.

Not willing to go into conspiracist theories, some questions remain unanswered regarding the motivation of these people to see Azerbaidjan’s great leader Mr Aliyev being accused of dicatorial maneers : what is this curious name code that our journalist’s screenshot captured at minute 0:44 ? 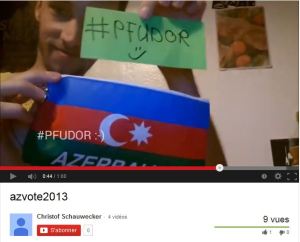 What is the signification of this curious combination of letters ? Why should “PFUDOR” enter Azerbaidjan, as it is implied in this short extract?