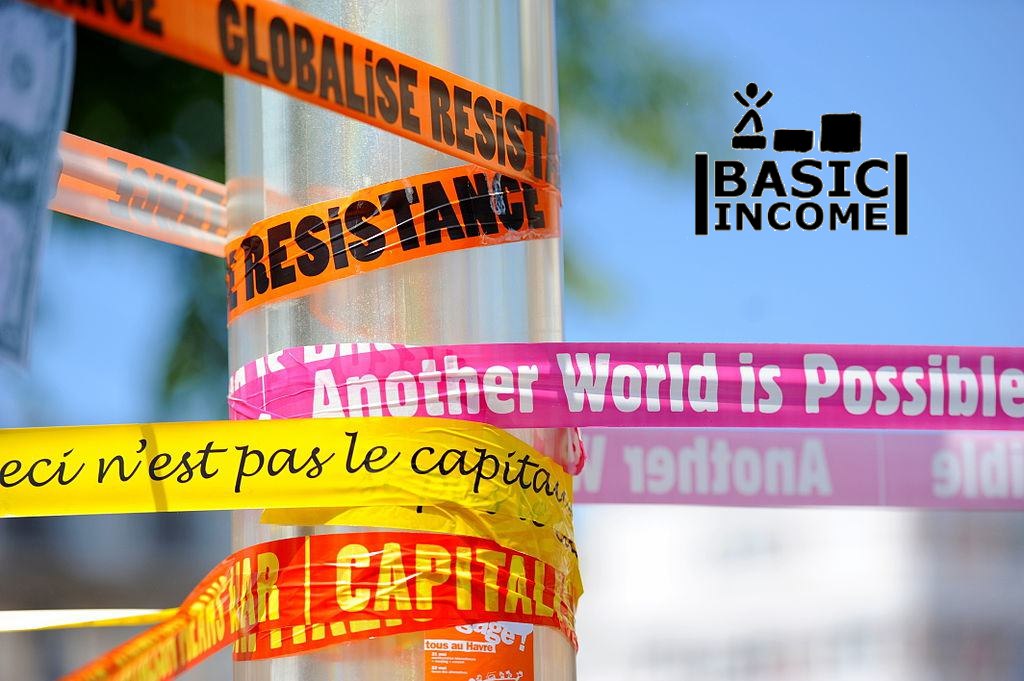 There is a long lasting economical and financial crisis that is impacting to a bigger or smaller extent the majority of the European countries. This, together with the environmental crisis that is reminding us of the ecological limits of the planet, has challenged the hegemonic Capitalistic model. We are likely nearing the end of an era and entering a new Post-Capitalistic one, still to be defined. The Washington Consensus, although important in the Post-World War world, no longer gives the necessary tools for a sustainable development model. The definition of a new era is thus necessary and it is important that radical and progressive ideas can be presented before a new consensus is agreed. Among others, this new era shall be based on prosperity in place of economic growth, on the commons rather than on individualism and on the strict respect of the planet’s ecological limits.

The last years have shown that re-distribution policies on their own are no longer capable of ensuring a path through equality. On the contrary, the gap between the richest and the poorer has been extended in several countries, which risks to trigger social conflicts and affect the social peace. A visible consequence of this is the forced migration – both national and international -, leaving the countryside abandoned and over-occupying the big cities. The Portuguese example is paradigmatic: in 4 years (2011-2015) a total of 400 thousand people – 4% of the population – has abandoned the country. This process is visible inside the country as well, where the metropolitan areas of Lisbon and Porto have more than one third of the country’s population, creating serious challenges regarding social and territorial cohesion.

In face of the neo-liberal hegemonic globalisation, the local dimension has assumed an emancipatory and anti-hegemonic role. More than a strict communitarianism, this alter-globalisation agenda is characterised by a cosmopolitanism view that sees the defense of the local as the best way to oppose the hegemonic globalisation. Although there are idiosyncrasies on each country/region, there are common elements that can be part of this agenda having a “glocalisation” perspective.

We are thus faced with the questions on how such alter-globalisation can be promoted, knowing the social, political and even legal challenges. The creation of a Universal Basic Income (UBI) arises as a possible and strong hypothesis. Such an income, more than a political and popular desire, might be imposed by the economic and social reality, faced with the technological evolution that has been reducing the need for human workforce. Not surprisingly, among the current defenders of a UBI we see some liberal forces, namely in Finland where a UBI will be tested.

Political parties defending a basic income do it based on different reasons and the case for a basic income having an emancipatory agenda is needed more than ever. Nevertheless, the simple setting up of a UBI does not imply on itself the promotion of a sustainable development model. On the limit, such an income could even have the opposite effect. It is then important to assess the format that a UBI could have in order to ensure a sustainable development, based on the local and contributing this way for the social and territorial cohesion.

The implementation of social support systems face various challenges. Public opinion tends to be more in favour if such measures serve to help “their own kind” – thus the importance of keeping a communitarianism perspective. The denomination of a UBI might be of big importance, independently of the format it takes. If presented as a local development income/programme, it could have better public acceptance, which might be an essential element for its implementation.

A UBI in the form of vouchers to be used in the local commerce or as a complementary currency could be a radical idea to promote local development, ensuring the promotion of an alter-globalisation model. The exact definition of such a voucher system could be adapted to the different countries/regions, according to their specificities. But let’s be clear: there are a lot of challenges in the definition of such a plan. Even not taking into account the financing of such a programme, there are questions that need to be asked. What social, economical and environmental indicators should be considered? How could a voucher system/local currency be implemented while not being too paternalist and restrictive to the citizen benefiting from it? Having those questions in mind, it would be interesting to study how presenting a UBI as a sustainable/local development project would enhance its popular support in comparison of a cash transfer UBI.

Whatever format it assumes, a Universal Basic Income might become a powerful and necessary tool of a post-capitalistic society. It is thus essential that the progressive and cosmopolitan left brings it to the public debate, before a liberal right-wing UBI becomes hegemonic. There are multiple ways to design a UBI and a voucher/complementary currency model would certainly be a radical alter-globalisation tool, based on a sustainable and local development model. 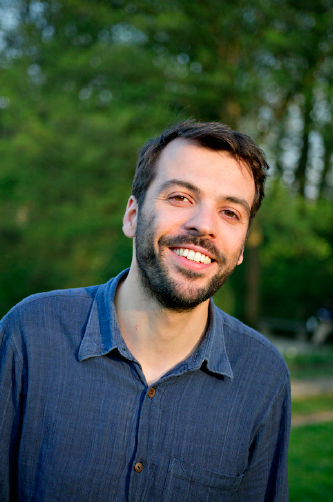 Jorge Pinto, 29 years old, environmental engineer. Born Portuguese-European, leaving abroad since 2008. Working on a pan-European Agency since 2012 and member of the executive direction of LIVRE – a Portuguese political party. Follow him on Twitter @jopintopt