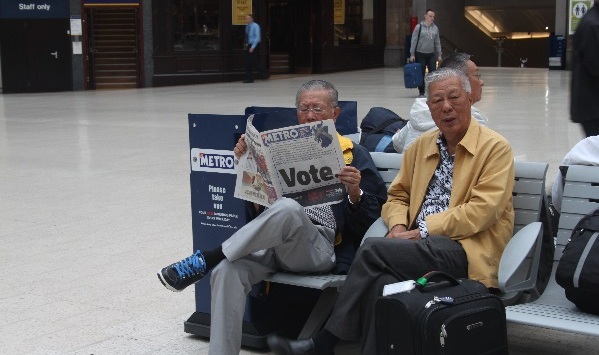 Scotland has been my home for almost 13 years now. Glasgow for 7. Nevertheless, politically things have never been as uncertain as today. We come into 2015 with a promise of further austerity and over £12 billion welfare cuts in the UK as a whole. Despite only electing one conservative MP from Scotland in the May general election we are now led by a majority conservative government in Westminster. Things look bleak, for our futures, welfare and environment and it’s easy to feel discouraged and disengaged from politics.

Nevertheless this is our chance to fight back. Fight back against austerity, against the punishing policies of the Conservative party and against the violation of basic human rights. One way to do this is to join a political party.

Scotland has seen a big rise in political membership since the referendum preparations began with SNP currently having over 100,000 members and the Scottish Green Party rising in memberships up to 9,000.  This has completely changed the way people engage with politics in Scotland. Conversations about elections now take place everywhere: on transport, in the pub, on the street.

The referendum also gave 16-18 year olds a chance to vote and this has meant that many young people now have experience in taking part in democracy directly, a move which led to more campaigning, social media discussions and a belief that politics matters. It is very encouraging to see this as it means there is now more talk of issues that young people experience.

Last year I joined the Scottish Green Party, partly because I needed to be part of something bigger, partly because I wanted a change from the labour/conservative/liberal democrat arguments, but mostly because the Scottish Young Greens seemed to represent me with a large youth membership, left leaning ideas and sympathy for the environment.  My involvement has included campaigning during elections, meeting other members, discussing political strategy and winning an election as International Officer in the Scottish Young Greens.

You can also make a difference by joining a local or national campaign if being a party member is not for you as I have also gained experience in lobbying, political researching and public speaking through the Living Rent Campaign, set up in response to Scottish Government’s consultation on private renter’s rights.

Currently in Scotland we have no rent controls and a housing situation which is spiralling out of control. More than 150,000 families are on the waiting list for social housing, 60,000 are living in an overcrowded conditions and half of all housing fails quality standards. Things are also much worse here than in many European countries with 23p out of every £1 earned going towards housing, in Europe on average this is 17p. Living Rent campaigns for rent controls, increased renter’s rights and security.

In this campaign we have managed to affiliate major trade unions and student unions, as well as producing reports, speaking to different communities at stalls and lobbying at the SNP conference this spring. Our branches now include all major cities in Scotland and currently we have over 4,000 signatures for our rent control’s petition.

This has been a fascinating experience for me because as a political graduate I have never been so involved in a grassroots campaigning. I would encourage anyone reading to either begin your own campaign or join an existing one, both to develop your skills and to fight for what you believe in.

Currently there are many anti-austerity groups forming, marches being organised and student political groups being developed in student unions. Campaigners are always needed, at marches, in student unions and online. One of the interesting features of the Scottish referendum and UK elections has been a growth in alternative media, social media influence and political reporting. This is another way to become involved in debates and to hold politicians accountable.

However, even if you don’t have time for any of the above suggestions there are always events, online groups and local community groups which you can attend to make a difference. Some that I have attended included community garden open days, policy days and new media training. I have also been lucky to be invited to speak about campaigning, as well as attending the General Assembly for the Federation of Young European Greens on behalf of the Scottish Young Greens.

What I’m trying to say is that it’s absolutely vital to become politically engaged in some way, whether it’s handing out leaflets or debating with your friend in the pub.

Join the debate, be political. 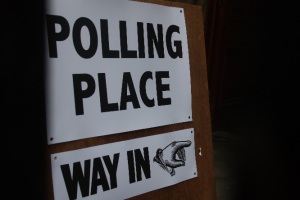