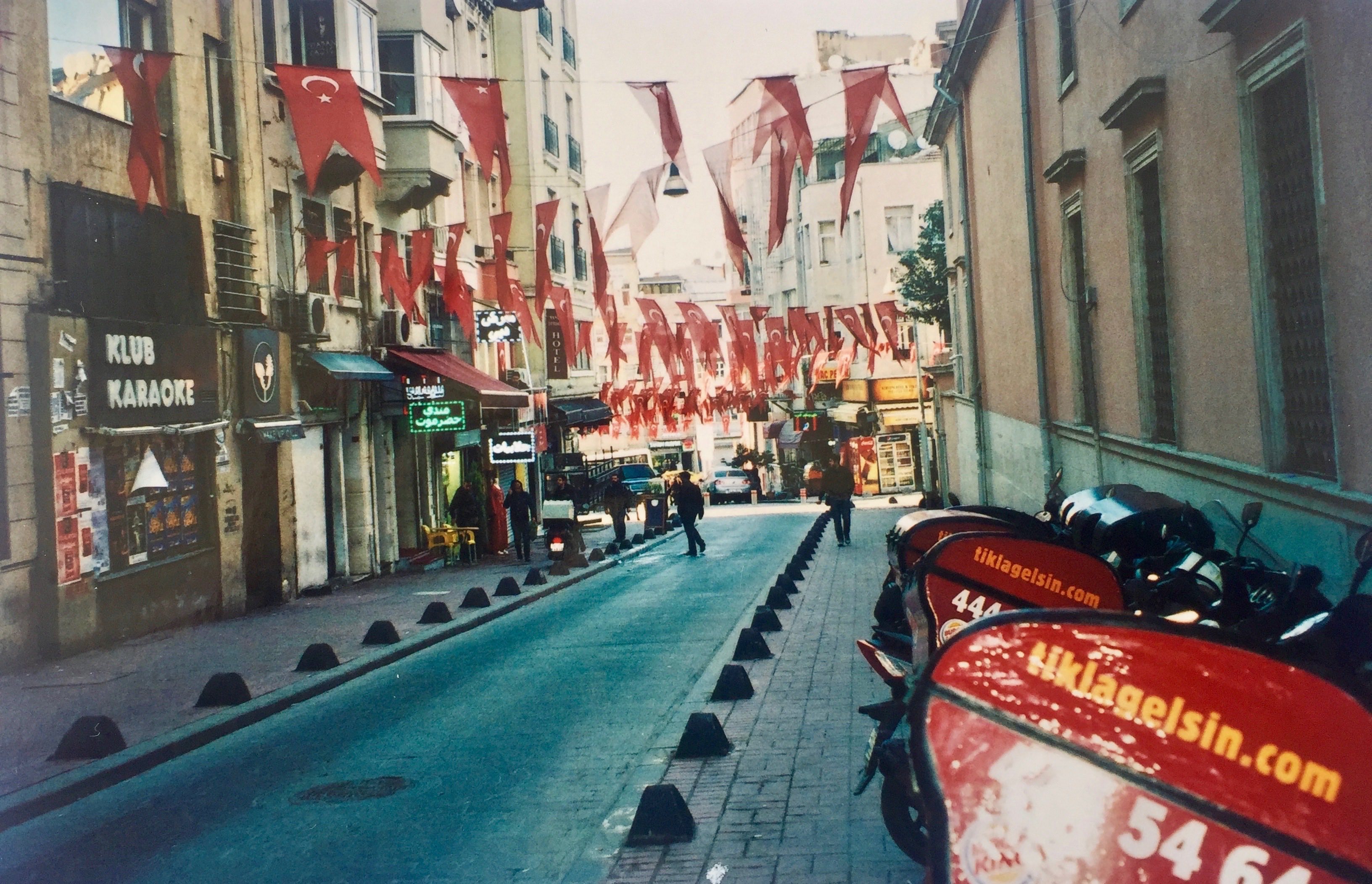 Turkey provides only 4 out of 22 criteria according to the Trans-Rights European Index 2016 [1] prepared by Transgender Europe (TGEU). TGEU also prepared a report about Trans Murders Monitoring [2], Turkey is the 8th country with the highest number of trans crimes in the world, with 44 trans crimes reported between 2008 and 2016. I met with İlksen and Kıvılcım who are active in trans movement in Istanbul. We talked about how they see the situation today in Turkey and their suggestions to take to action.

Q1: Can you please tell me about yourself, how long have you been in this movement, how do you describe yourself, when and how did you decide to become an activist? Does every trans individual have to be an activist? If so, what are the reasons for this?

My name is Ilksen and I have been fighting for trans-visibility in LGBTI activism since early 2003. I did not make a decision as to be an activist. Rejecting the binary gender system in each country where sexual identity is defined by biological sex brings a struggle. Rejecting social gender norms by itself leads to struggle of existence. Each LGBTI individual may not choose to be in activism.

My name is Kıvılcım. Since 2009 I have been working on sex workers and trans rights. I believe it is a matter of need rather than making a decision. If you have problems that you cannot handle yourself, the process pushes you to the quests that will answer your needs.

Q2: When it is assessed independently from the reports prepared, where does Turkey take place in trans rights politically and legally?

Turkey does not yet have a law for the rights of trans individuals. Some opposition MPs prepared legislative proposals for LGBTI citizens, including recognition of the rights and protection against any discrimination However, the ruling party does not accept these draft laws. For gender-change operations, the condition of being deprived of reproduction is still sought in Turkey, however in many countries this law is abolished due to its incompatibility with human rights.

Q3: What is the biggest problem in the political and social area of the transgender community in Turkey? Is there a legal right/responsibility/obligation that trans individuals are deprived of for any reason? If so, what? (E.g. when hiring, being accepted for a school, etc.)

If you are discriminated against through sexual orientation and gender identity, the fact that you do not have a law to protect you can cause many victimization experiences. For example, we mentioned before the rule for the gender-change operations, many transgender individuals have to go through illegal surgeries. Therefore, if any complications arising from the doctor’s fault should happen during the operations, it is not possible for these people to take legal action against the doctor. Because of this heteronormative law system in Turkey, trans individuals suffer.

Q4: Could you explain the “political” accent on the slogan “Trans murders are political”?

Trans murders are usually hate crimes, just like homophobic murders. Being transgender is enough for being killed, while no one is killed because he’s heterosexual. The court often reduces the sentence due to the incitement in trans murder cases. State policy always protects the heterosexist patriarchal system. For this reason, we say that trans murders are political.

We say that trans murders are political. Because; the heteronormative system, the education system that educates us as “dutiful children.”; the feudal family structure, the thought that when we call Çağla’s [3] family, they say “We don’t care!”; the Minister that has the courage to declare homosexuality as “biological disorder, a disease and something that has to be treated.” which is not accepted as an illness since 1985; the police work heartily when the issue is “trans hunt” to get extra points by “doing their duties” but continuing their ongoing violence, not surprisingly in Çağla’s case also, by neither touching her dead body nor letting a health team touch her; the media that targeted transgender people in the 90’s with the titles like “transvestite terrorism,” reflect the news of hate killings in a sexist language harshly and write the news only according to the statement of the police; the legal system that protects killers and ignores the violation of rights; the health system that ignores trans individual’s rights to access to the healthcare, which is the most basic human right; the militarism that makes us monotype with the military obligation; the prime minister who gives the advice of the “3 children” but protects the killer and does not arrange when one of this children doesn’t fit the society’s “ideal gender” norms; the state that refuses to include gender identity and sexual orientation, and that denies all efforts of the LGBTI movement while issuing the law of hate crime, all these are to be blamed.

For all these reasons, we will not stop to say “Trans murders are political.”

Q5: What is the way to eliminate the discrimination that trans individuals are experiencing, other than to provide legal and political equality? What is the most important thing to do, according to you?

I think it is important to raise awareness of the judgments created by this system by questioning femininity and masculinity imposed by the patriarchal system. At the same time, defending the legitimacy of diverse sexual orientations and gender identities can be an important step to avoid polarization created by gender mainstreaming.

Q6: What are the political areas in which you are active except for the trans rights? Are these areas related to identities that you have, or these are where society needs to be improved?

I am actively involved in the women’s struggle. That’s because I see all these problems as a whole. Institutions are built by patriarchy, this is the source of all problems in the society. Namely, male dominated system and its binary gender system is the source of problems. Every struggle against the patriarchy will give us opportunities to expand our habitat and damage the system. Combining these areas of struggle together is therefore necessary.

Q7: Finally, is there anything you would like to add? Something that you especially want to say?

The heteronormative system creates an environment that transgender people cannot thrive in. Taking action for dissolving this environment in which policies are made rather than inviting outsiders in, will allow us to radically solve the problems. We invite everyone to question the norms.

This interview was conducted by Meltem Başoğlu, a green-left activist from Turkey and a participant in FYEG’s recent seminar “Demasculinisation of Politics” in Istanbul.