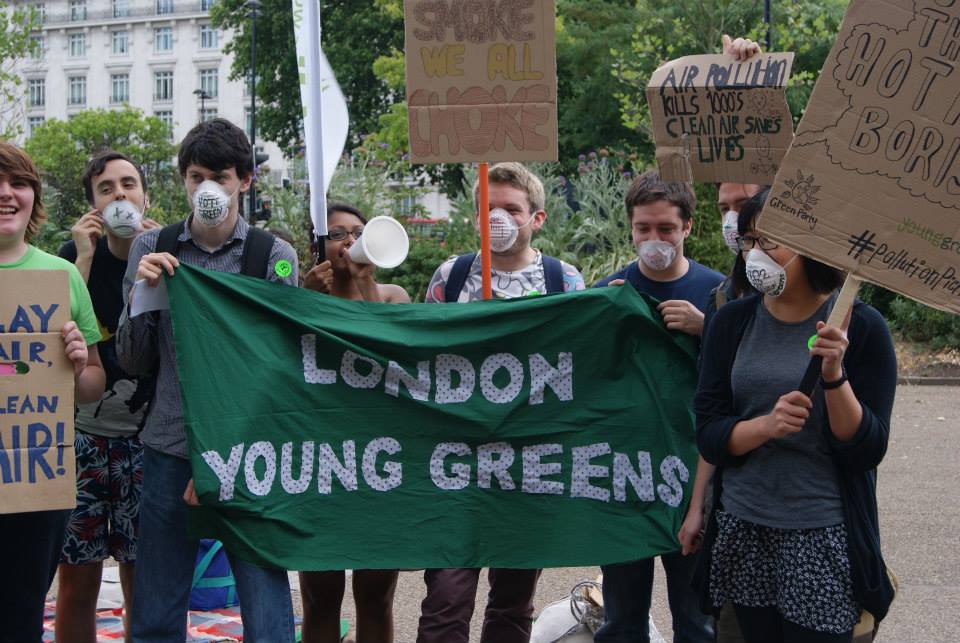 I want to open with a quote from Clay whose home town is the victim of toxic cancer-causing tar mining: 6 days from Washington Deceit, gonna rain down hellfire on the politicians and big oil representatives & in particular TransCanada Pipeline Corporation….be there….put your body on the line….for a week of sustained actions against the Northern Segment of the Keystone XL Pipeline Proposal in defence of the Earth and those that depend on her for their livelihood. #IdleNoMore

I put it to the London Young Greens that we should do something for Climate Change around May 18th.  It has not escaped us that fighting the risk of climate change is a mammoth task, and we are a small group, struggling hard on local and European elections.  Our leaders are afraid of committing to any work but I am sure we will host a big FYEG event in London soon to inspire more energy about climate justice.

As the recent UN report says that global institutions are key to making this problem soluble, let me quote from the Global Young Greens in Dakar, 2012; “The negotiations … show the weakness of the UN structure stunningly clear:  When the roads of new problems, changing lifestyles, and changes in production patterns cross, there is a traffic jam and nobody wants to turn first… We, as Global Young Greens, feel that we are standing at a cross-roads: We are young and enthusiastic about the beauty of this planet and mankind; however we are also deeply concerned about our future. That is why we ask for urgent action supporting the movements for a more sustainable and just future.”

The Core principle of future generations is something that motivates me to try and engage with first-time voters.  The Conservative Party who have a lot of private funding often send birthday cards to local first-time voters when they reach 18.  This is something most Green Parties can’t afford to send because we have limited resources.  So I have been printing letters from our European candidate, and managed to get them signed and delivered in the small area I run elections for. Everyone knows the Green Party for its leading environmental policies.  Greens are the third party amongst UK students, after Labour and Conservatives, and our policies on education and our principle of future generations appeal to the young demographic.  I feel that the best thing we can do as young greens about climate change is to try and increase participation and voting turnout which is very low amongst 18-year-olds.
I plan to do this by engaging with them when we can, not ignoring them, just before the elections.  Many are not registered to vote but it is easy to find those first-time voters who are.  If we can encourage them to vote in large numbers, they will get into the habit and are likely to vote Green.  Then the politicians will stop ignoring Green issues or they will be defeated horribly. This argument gives birth to the slogan we want you to get behind all around Europe, “Change the politicians, not the climate“.

Young people have the power to directly fight climate change by occupying public space for walking and cycling, through direction of our education, online voice, and travels, and by starting ethical investment campaigns at our universities.  If we can double the number of young people voting, our climate just might stand a chance of staying below 1.5*C of warming.