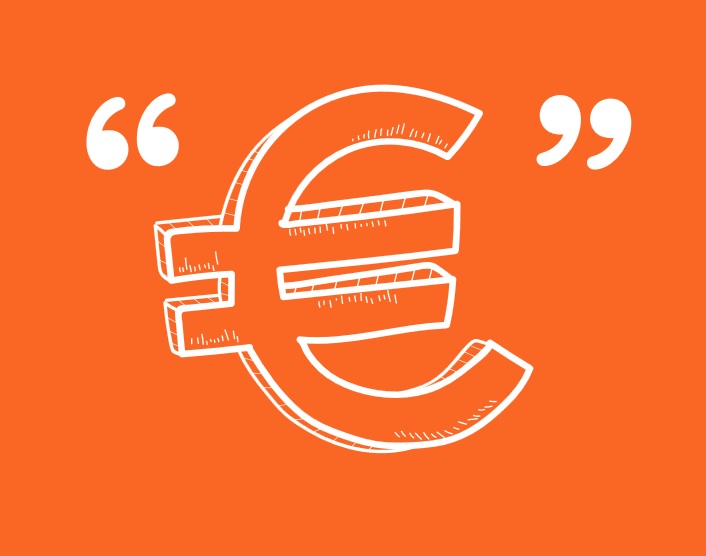 Can our economy ever stop exploiting humans and the environment the way it does today? I believe it can. If only with immense efforts from politicians and citizens alike. And I am not alone: An entire movement is working on the idea of a fair and just future economy, an “economy for the common good”!

Their main belief is that money, or generating profits, should stop being a purpose in itself. It must function solely as a means to an end. The “end”, in this case, is an economy whose foremost goal is the wellbeing of its members. And as everyone knows, money is not the decisive factor there.

In order to politically steer such a reform, if not a revolution, a sophisticated taxation system is needed: the “balance of common good”. It con-siders four main goals a company or corporation should work towards:

If a company causes the deforestation of the Brazilian rainforest, for instance, it would mean a bad balance and thus paying higher taxes. On the other hand, allowing for democratic participation within the company would improve the balance and cut the company’s taxes significantly.

In order to illustrate this idea, let us imagine an ordinary working day of a bank employee, Sarah. Sarah lives in the future, where this new concept has already been established.

She works in a small regional bank: in her branch office only about 5 people are employed. Her office does not have economic pressure to expand, since the success of companies is not measured by the amount of profit they generate. Sarah walks in wearing her nice blue uniform. The clothes have been produced in an environmentally friendly way and by employees working under fair conditions. Thanks to the new taxation system, it would cost her office even more to buy clothes made under exploitative conditions.

In her job, Sarah manages the distribution of loans. For each case, she needs to consider whether the investment will benefit society and the environment or not. The better the expected effect, the smaller the interest rates. No bank is concerned with investing in dubious stock anymore.

For lunch the cook serves pizza topped with vegetables from the office’s little urban garden. The employees decided to invest last year’s surplus in this. Fresh veggies and a higher “common good” ranking – what could be better for the little bank?

In the afternoon, a small assembly will take place. The employees need to decide on the future wage of their new boss, Sebastian. All agree that since Sebastian will take on most of the responsibilities of the branch office, he should have a higher in-come. In the unlikely case his branch goes bankrupt, he will be most liable too (the 2008 manager scandal should not repeat itself). Most decisions in the offices are made transparently and with solidarity in mind for each other. One can imag5ine there is no rivalry or envy between Sarah’s colleagues.

Their working day ends after six hours. The labour is stress-free and at the same time everyone is motivated to do their best. Except for Jeff who was really tired today. He recently became a father and will soon take a year off to spend time with his young family. Naturally, he will still receive 75% of his salary every month. Sarah’s other colleague, Emily, loves taking care of animals. She always makes a detour to the local animal shelter before going home. And Johann? He is a hobby painter, and has already rushed back to his canvases. Next month a local gallery will host an exhibition with his work. All these activities are possible now that people are not falling into their beds after 10 hours of work a day. Everyone may contribute to society according to their possibilities and interests.

You doubt all of that can really be achieved? Well, then watch companies implement “common good” concepts already! — https://www.ecogood.org/en/

The initiators of the movement explicitly state that these concepts are not final, and their realisation strongly depends on the democratic sovereigns who will formulate the exact conditions. It all depends on the people. So, now that the seed is planted in your heads, go ahead, spread it, and change the economy for (the common) good.

Katja studies media, communication and psychology in Mannheim, Germany. Her motto is that it is only with the heart that one can see green. Hence she is a member of the German Old and Young Greens. Currently, Katja is an editor for a young green magazine, the Zitro. In Mannheim, Katja lives right next to a coal-powered energy plant. Every time she takes a stroll over the bridge and sees the smoke, Katja remembers that we still have a long way to go and the first step always means tackling our immediate environment.