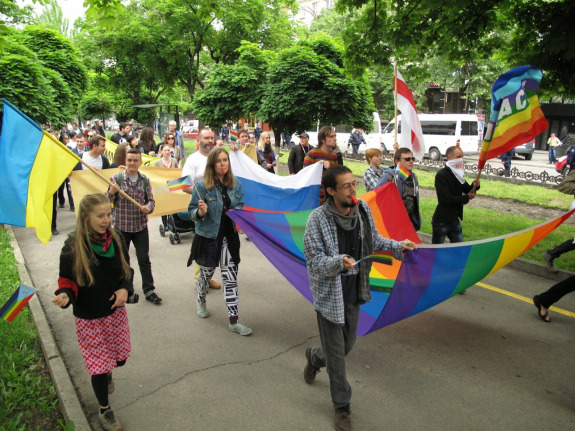 Well, not really, yet. Although there is neither clear nor one definition what a social movement is or how it should look like. According to Charles Tilly[1], social movement is a sustained series of interactions between power holders and persons successfully claiming to speak on behalf of a constituency lacking formal representation, in the course of which those persons make publicly visible demands for changes in the distribution or exercise of power, and back those demands with public demonstrations of support.

In other words, the same claim David A. Snow, Sarah A. Soule and Hanspeter Kriesi[2] when they say that social movements can be thought of as collectivist acting with some degree of organization and continuity outside of institutional or organizational channels for purpose of challenging or defending extant authority, whether it is institutionally or culturally based, in the group, organization, society, culture, or world order of which they are a part.

Therefore, a social movement can be understood as an organized yet informal social entity that is engaged in a particular institutional conflict which goes some way towards a goal. The goal in this case can be either achieved at a specific and narrow policy or be more broadly aimed at culture change. The LGBTQ+ community in Moldova (hereinafter community) softly touches both. In my honest opinion there is a real chance for the community to become a new social movement with real success.

The community nowadays has got an ambition to connect people from different social classes, from different social and political backgrounds, to connect people with various level of education or age. It is getting to be a broad front of citizens from grassroots to institutional NGO’s activists and professionals including support from the international community. All of them claim equality and equal opportunities for all in different stages of society. Thus LGBTQ+ rights may become an umbrella issue to combat intolerance in Moldovan society and to open public space for further social, cultural and last but not least political and democratic development without any kind of prejudices in the country.

In contrary, LGBTQ+ rights are for big part of Moldovan society still kind of taboo based on negative biases, therefore these rights are visibly violated and the violation is tolerated, ignored or even supported by radicals, more often around orthodox church. This element, common enemy, as well would function as strengthening component of the community – its additional power.

Chisinau Pride, which can be understood like what Neil J. Smelser calls initial event[3], takes a whole week, and last time offered several side activities, which nicely showed how the community works and how its activities can look like. Firstly, just the factual existing of the Chisinau Pride (hereinafter Pride), which is nothing more or less than a cultural festival with a specific engaged aim, shows there is enough of a powerful movement of people who are able to organize such an event in a country where conditions are not really used to host similar social dynamics, all the more so in the public space.

Secondly, as mentioned above, types of successful side events from socially engaged art like cinema, music or other artistic performances on one hand to professional conferences with international representations on the other hand, prove that LGBTQ+ rights interest not only the community, but much wider society. And thirdly, it is not just the Pride, but there are more activities around.

The issue of LGBTQ+ rights in Moldova is nowadays important for most of human rights defenders and for all people who call for a fair society, who call to prohibit discrimination, because then it is nothing than equality for all. Namely, it is an essential question of equality, because and again, there exists particular forces across society which excludes the community or LGBTQ+ people in general from real and a full-value life. And this phenomenon, which can play its own role as the catalyst of social movement formation, we know from many examples of our history.

Moreover, the fact of existing opposition with its own interpretation, argumentation and even designation of the community; often by this opposition called homosexualism, which is in their interpretation way of propaganda of the community and its lifestyle. In other words, homosexualism for opponents usually means controlled dissemination of its unnaturalness and therefore sickness (and sin) to decent people. Accordingly, the LGBTQ+ people are nothing else than people with (mental) deviation or even disease and every LGBTQ+ individuality ideally should be put somewhere into psychiatric hospital. And this is a typical radical conservative rhetoric which is very close to what we know from past centuries due to the existence of similar forces against similar movements such as abolitionism, suffragette or the African-American civil rights movement were. In all of these cases, similar radical conservativeness stands against equality and deeper understanding of diversity of people. And so, most social movements fight for equality and non-discrimination. For justice.

The community faces very similar situation. Therefore LGBTQ+ rights in Moldova are getting to be much more than one specific field of interest, issue or topic. It is much more; it might be connecting theme, basis or even flagship for a real new social movement in this beautiful country strongly aimed to equality and non-discrimination. It will be very interesting to follow it up and see whether the community will take this huge challenge on its shoulders or not.

[3] a particular event that will begin a chain reaction of events in the given society leading to the creation of a social movement, in Smelser, N. J. (1962) Theory of Collective Behavior. New York: Free Press.