Nowadays 20% of all Russians live and work in the monotowns. Some time ago monotowns as such were vital and beneficial for country’s economic system. But now, after the crisis, which is one of the number of problems that monotowns gave birth to,  their benefits are much less then expenditure.

We classified the problems into few small groups:

In Siberia there are lots of resources that are extracted by mining companies in a very aggressive way, not taking into consideration any norms. For example, Novokuznetsk (a city in region of Kuzbass) has huge factories that process coal close to residential areas of the city. All surfaces in the town are covered with a layer of a coal dust. And of course, it influences people’s health and the ecosystem.

Then, the Ural region. There are also lots of minerals that are being collected since 18th century. Everyone in Russia knows that the Ural has the worst ecology in the whole country, for example Azbest, Chelyabinsk, Ekaterinburg, etc. We don’t need even to mention the conditions in which the miners have to work on those sites; how many times the work safety standards weren’t kept.

Society in monotowns is generally closed from any influences from the outside. They live as a small community and don’t communicate with other cities. Also here is another side of the problem. There is no change in the generation of workers, due to the miserable pensions, older generation workers prefer to stay even after the “pension age” and work, and this fact reflects into a high unemployment of youth and their migration to bigger cities in the search of better life and education. As a result – population is shrinking and getting older and older.

Every kind of industry can be involved in a crisis, and profit can be less than expenditure. In this case, people lose their workplaces and their families and have no money for life. Also if we look at monotowns as at the whole, we can notice that all sides of economic life of the city depend on each other. When the city is dependent on one company or an industry, and it stops functioning, the whole population stops having the purchasing power and this, on the other hand, influences all the services in the city (Shops, Banks, Leisure etc.).

Statistics show a dangerous trend: in Russia, 5 years ago, monotowns provided the 30-40% of GDP. And now it is only about 15-10%. Of course, people in one-function cities depend on those industries. 20% of all population of Russia lives in the monotowns and unemployment increases faster then in the poly-functional cities. As a result we have small towns in crisis, that have no money to solve problems and it’s becoming a vicious circle of problems.

So what could possibly solve the problems of the monotowns?! 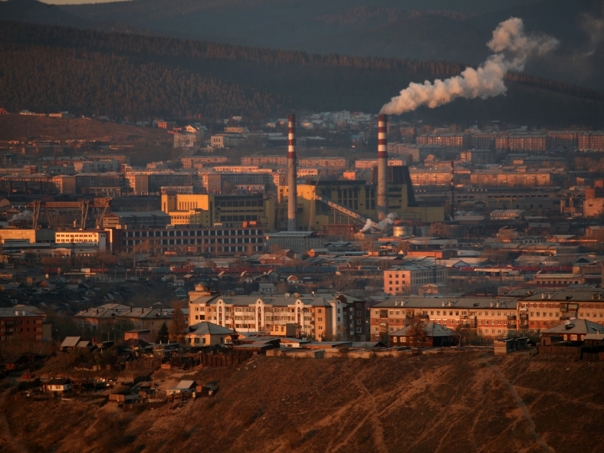 The Russian Government came up with three ways of “managing” the problem:

– Social migration. With this they mean the end of existence of such cities. If industries, that are mostly in the hands of private entrepreneurs,  “die” and people start to leave and try to find a job in other places, the government provides “help” to the migrants, to move to another city and gives them flats (at least they say so), instead of subsidizing businesses and those industries. In reality, it means the death of all industry and faster falling of GDP and growing of crisis, not just on the local scale.

-Investments in development of a “mono-city“, helping to improve other functions: education, tourism, scientific, etc. This is maybe the best solution for small monotowns’ future. It will help the economic life of the regions to get healthy and have income from different industries. But here is one thing. In the budget, there is money just for 35-40 cities. But there are 317 such cities in total all around Russia. Seems like the development of mono-cities and keeping the industries alive is not a priority of the Russian government.

-Develop local industry and factories, add new working places and create educational centers, so the working class would have the possibility to get new knowledge regarding the modern developments in the various spheres they have to deal with. This would mean having a better industry, but how will this influence the ecology and nature around us?

This influence won’t be positive and Siberia and Russia will continue to kill the environment and worsen people’s health. We need to make sure, that the new technologies are used for creating cleaner industries, by socially responsible companies and that they are not oriented on making more money for the rich.

There isn’t any universal decision for each functional city in Russia. But I’m sure, just a few elaborative projects and better planning of the budget would help the communities that live in the monotowns.

As we see now, in Russian reality monotowns belong to the past and people should do the most difficult thing – adapt to the new environment: improve ecology and use direct democracy if they want to influence their fate and learn how to communicate with other monotowns’ communities to find the decision together.