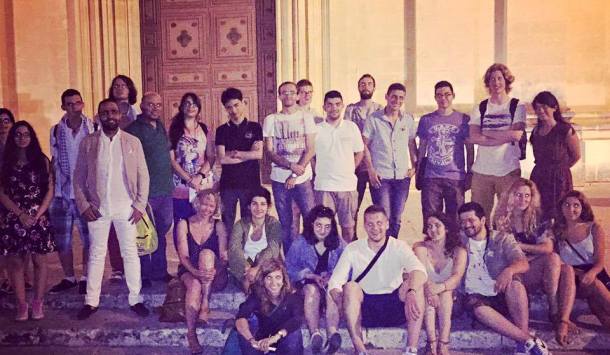 Part I of the series of reports on the #YouthOnMigration seminar in Malta, organized by FYEG and ADZ Green Youth, with participants from the FALAFEL network, a collaboration of various Euro-Mediterranean civil society organizations. (Full Series here)

The event, co-organized by the Federation of Young European Greens (FYEG) and the ADŻ Malta Green Youth, provided a real eye-opener on the fundamental importance of civil society’s role in campaigning and raising awareness on the vital issues our world faces today. Other organizations included: 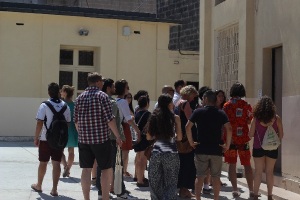 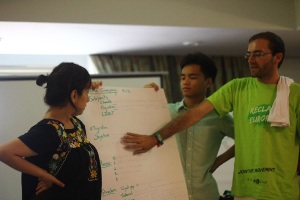 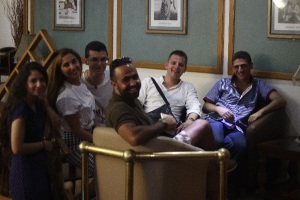 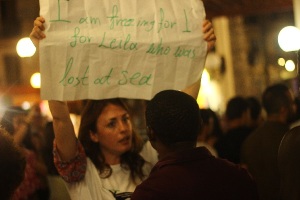 Our obligation as individuals and organizations

The diversity of the participants sparked intercultural dialogue. The exchange of ideas surrounding the refugee crises in various areas helped cultivate collective understanding of the prospects and challenges of each situation. The results will no doubt strengthen and improve methods and approaches in taking genuine action.

Initiating projects and campaigns in order to enhance the fair treatment of migrants in society are needed more than ever, thus collaborations in the future between the organizations will be considered for sure. The UN refugee agency has estimated that more than 60 million people are forcibly displaced worldwide. And since the beginning of the year, over 188,000 refugees have taken the Mediterranean route. The numbers are not likely to decline in the following months.

“Our obligation as individuals and as organizations is to help these people because their fundamental rights to life and dignity must be guaranteed, protected and respected.” said Kristijan Baleski of MODOM.

Some of the highlights of the seminar occurred on Day 3. The morning program took us to the Marsa Open Centre, an accommodation center for asylum-seekers run by the Malta-based Foundation for Shelter and Support to Migrants. The visit was a first-hand look on the living conditions of refugees on the islands.

The following afternoon, a representative of the Migrant Offshore Aid Station (MOAS), a search-and-rescue NGO based in Malta, came to the training and spoke about the organization, which was founded in 2014 with the goal of containing the humanitarian crisis at sea by saving lives.

“Why do they flee? It’s a mixture of necessity and choice; the push of repression and the pull of prosperity,” explained our speaker during his lecture.

Indeed it is every human being’s right to flee from destruction and warfare. It is also their right to pursue happiness and security. MOAS’ mandate is based on the idea that every human life is worth saving. It’s a simple idea with a complex execution done by efficient methods.

When the deaths in the Med have already reached over 2000 with the prospect of it not declining in the following months, MOAS bolstered the notion of the importance of NGOs in taking humanitarian action amid government inaction.

MOAS, flying under the Maltese flag, has a legitimate mandate under Article 98 of the United Nations Convention on the Law of the Sea “to render assistance to any person found at sea in danger of being lost.”

(The Guardian has recently wrote a feature article on them, which can be read here.)

The topics being discussed gave us some credible analysis and insight, especially since all aspects of the topic of migration were being tackled from different perspectives.

The importance of advocacy

The training in Malta has indeed reinforced the idea that individuals really have an extraordinary capability to change the world. Though being activists gives us the pressure of submitting to the unfortunate reality of the world, nevertheless such defeatist mentality is also understandable when the dominating institutions we want to challenge seem to be too big to take down.

Changing the status quo where there are different parties with abundant resources also fighting in maintaining it will be hard, but movements ultimately decide what kind of world we like to live in. The world is what we make of it. Realizing our collective capacity to make decisions, influence policies and shape communities: that is the essence of our work as part of the civil society.