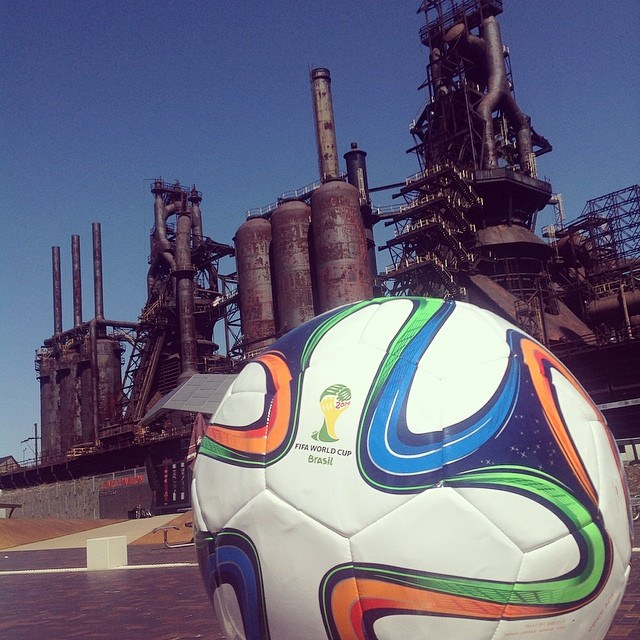 Countries from around the world are getting ready and sending their nation’s best. The players have been set and the competition will be tough. Devoted followers have traveled from far and wide to watch the action in hopes of seeing their squad fight to victory. All in preparation for… the United Nations Framework Convention on Climate Change Intercessional Meeting!

No, not the World Cup although that is also starting soon and is probably interesting for some of you out there, but another challenge of nations- the Bonn Intercessional Meetings. And instead of playing against each other in football matches, countries will be battling each other to fight for their preferred versions of an international approach to answer the issues of climate change.

The bi-annual Bonn Intercessionals are sort of like playoffs until the real matches- the annual COPs. Since the world can’t cover everything in the COP meetings, they also meet twice a year in Bonn, Germany to fill in the gaps. Like a set of playoff matches, the Intercessionals are a place where we can see how the national teams are performing and make predictions about how the big match will play out. For the UNFCCC this would be the 2015 COP21 in Paris where countries should announce a new global climate change treaty.

So readers, during the Intercessional, your favorite climate change negotiation news team we will be giving you all you need to know covering the action. Don’t expect play by plays- that would be boring, but at least keep in tune to get a better idea of what to expect in the upcoming COPs. Just search #FYEGClimateDel on all your favorite social media outlets to find us!

To begin our coverage we will start by looking at two of the biggest teams coming to the global showdown- USA and China. Both are coming to Bonn and bringing with them some major developments which could be serious game changers.

USA
On Monday, June 2nd the US Environmental Protection Agency announced that the US will cut carbon emissions from coal fired plants by 30% by 2030. This is the biggest change to their climate change roster that the US has made ever and should help the country reach an international pledge to reduce greenhouse gases 17% by 2020.

Many are speculating that this could make the US a more formidable player in the climate change negotiations, unlike their previous performances which lead many to disappointment and frustration. The coach is still the same (President Obama) but perhaps as he is already on his path to retirement in 2016, he might decide to re-up his efforts and make a name for himself in the climate change negotiations record book.

China
Coming after the US’s big game plan change proclamation, China followed by announcing their intent for an absolute cap on carbon emissions by 2016. China’s emissions are still expected to grow, but this move could mean that the emissions will at least be kept in check, which is a big deal for ever growing Chinese industry. But before we can decide if this is the game changer that could move the lagging climate change negotiations along, those on the sidelines are waiting to see what this intended cap will be. Yet as the Chinese pollution issue continues to worsen, those calling the shots are seeing that it is getting increasingly important to clean up their act.

Both of these developments could send a signal to other big players such as India and the EU that China and USA mean business in this round of discussions. Considering this meeting comes just months after reports issued by the world’s climate change scouts, the IPCC, who asked everyone to go on serious greenhouse gas diets, the world’s most polluting nations might have finally got the message. But before we put our money on it, let’s see how Bonn goes.