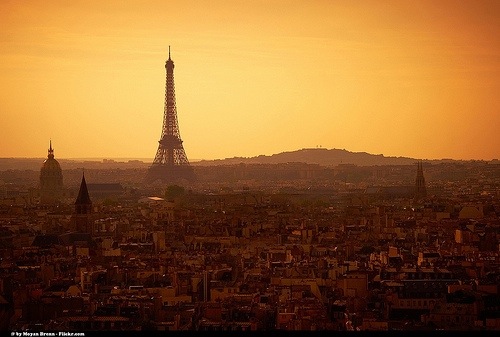 In 2015 there are two weeks which will decide a lot about the future of our world. I am talking about the two weeks without sleep. The two weeks of the UN Climate Summit in Paris.

This Climate Summit, or COP 21 (that’s how we call it in the negotiation bubble) shall have an outcome document: A new climate treaty, following the second commitment period of the Kyoto-Protocol and hopefully saving the world’s climate. We will know everything about this treaty and how it will solve the climate crisis in the end of 2015.

The structure of the UNFCCC is pretty complicated. We first have one body negotiating the new treaty, which is the ADP or the Ad Hoc Working Group in the Durban Platform for Enhanced Action. This agreement will then be put in the hands of the COP, the highest decision making body, to decide about it. But we also have two other bodies as well: SBI, responsible for the implementation of decisions, and the SBSTA, responsible for scientific and technological advice.

In both bodies important things are negotiated, but I am going to focus on the last one. The SBSTA has an agenda item 13, “Market and non-market mechanisms under the Convention.” There are also three sub-items, 13 a-c. A is the “framework for various approaches”, b “non-market-based approaches and c a “new market-based mechanism”.

Every item has its own issues, which are being discussed. But every draft text for a decision of every sub-item has one thing in common: paragraph 4

“The SBSTA noted that its work under this agenda sub-item is relevant to the mandate of the Ad Hoc Working Group in the Durban Platform for Enhanced Action (ADP) and is being conducted without prejudice to the outcome of the ADP process on the 2015 agreement and pre-2020 ambition.”

Ok, that’s UN language again. Forget about this paragraph if you want. The essence of this is: The issue of (non-)market mechanism discussed under the scientific and technological body (SBSTA) is cross-cutting with the negotiations under the body for the new global agreement (ADP). As a lot of Parties want market mechanism under the new agreement, there will be one. But the negotiations, which are needed, can’ be done until 2015, when the mandate of the ADP will end, as there are a lot of negotiations needed. Due to the very different views, and the the soon very technical discussion, is will not be discussed under the ADP.

Therefore it is being discussed how to implement the work under the SBSTA in the ADP – but that might not happen totally. Rather there will be a draft decision, which is open for interpretation, given from SBSTA to ADP, which will implement the draft of the treaty.

After this is somehow implemented in the new agreement and it is being adopted at the UN Climate Summit in 2015, the ratification phase of the new agreement will start and hopefully end in 2020. Maybe you noticed the 5-year gap. This gap is to define e.g. the (non-)market mechanisms clearer. The same has happened with the Kyoto-Protocol. It was adopted in 1997 – but ratification was in 2005. This happened because there was another market mechanism which some developed nations wanted to have in the protocol, as they wanted to reduce their emission non-domestically. Well, back in 1997 they just decided, that they want to have a market mechanism. It needed until 2002 to decide, what this mechanism will really will look like. We are facing the same challenge now.

And as every carbon-market so far has failed, we need to put an eye on the negotiation also until 2020. And beyond as well, because currently the discussions begin, how long will this new treaty be – until 2025 or 2030?

This mean we cannot only mobilize until 2015 – and then stop. We need to go on and keep the world on track!

Oh, and here is a very nice map I found in the vast of the internet: It shows you how the earth’s surface will change if the sea level rises. If the West-Antarctic melts, sea levels will rise by five meters – and the East-Antarctic is even larger! Check it out: http://flood.firetree.net/