I have never had the sheer awfulness of the Holocaust illustrated more vividly than when I visited the Sachsenhausen concentration camp in Germany as part of a school history trip. Though the buildings of the camp are now empty and sanitised, their histories neatly explained on modern information placards, it was hard not to feel terribly close to the horrific past of the place. Unlike the usual loud, excitable atmosphere of a school trip, there was one of sombre reflection amongst those present. 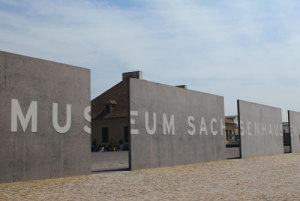 Every year, thousands British people visit the sites of the concentration camps, whether on school trips or of their own accord. It is clear that, to both the education authorities and individual Britons, remembrance of the Holocaust is seen as important. But why? Perhaps it is the unparalleled scale of the slaughter, or the cold, well-organised manner in which it was carried out, or maybe that, unlike most historical atrocities, the Holocaust took place not too far from here, in a sophisticated first-world nation not too different to our own. As the United Nations put it, “We recognise that the Holocaust shook the foundations of modern civilisation. Its unprecedented character and horror will always hold universal meaning”.

On an official level, we have the yearly Holocaust Memorial Day, a tradition begun in 2001. Given coverage on national television and in schools, the day is used not only to remember the victims of the Holocaust, but also the victims of more recent genocides in Cambodia, Rwanda, Bosnia and Darfur.

Culturally, the Holocaust has been remembered in a number of well-known British books and films, perhaps most famously The Boy in Striped Pyjamas. Those from other English-Speaking countries such as Schindler’s List and The Book Thief are also seen as profound works, and are widely popular. One could take the cynical view that the Holocaust is simply an easy subject for those wishing to produce a “meaningful” book or film, but after reading the accounts of the authors and directors it becomes clear that these were deeply personal works.

It is generally accepted that we should remember the Holocaust, and other similar atrocities, so that we can ensure something like them can never happen again. Much how it was hoped that the scale and senseless brutality of the First World War would make it “the war to end all wars”, we hope that by our continued remembrance and condemnation of past genocides, we will prevent another one from occurring.

This may be a noble and reasonable sentiment, but after Britain (along with other Western powers) failed to intervene meaningfully in the Rwandan genocide it could be questioned how effectively we’ve taken the lessons of the Holocaust to heart. The more recent Darfur genocides in Sudan have seen a much stronger British response, with the government pushing for the deployment of up to 26,000 UN peacekeepers (including British troops) to help control the violence and protect the victims. Maybe we have been reminded by Rwanda the consequences of Western inaction in the face of genocide abroad, but going into the future we may find that an increasing and well-founded desire to avoid violent foreign interventions could have an impact on our ability to protect the victims of such atrocities.

It seems like an impossible choice – either we perpetuate the war and destruction by intervening, or we leave the perpetuators of genocide to continue their murders unchecked – but it is a choice we, along with the rest of the Western world, will inevitably have to face when the spectre of genocide once again rears its ugly head.