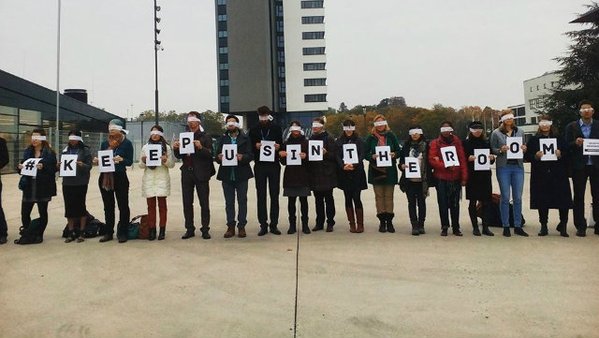 Whereas the delegates are negotiating on key elements of the draft text for the new climate agreement, also know as ADP, in “spin-off groups”, civil society is struggling to observe and access to the negotiations because these spin-off groups are closed to observers.

Step-back: last session in Bonn, October 2015
Japan supported the decision to keep civil society out of the negotiations, saying that “real negotiations never happen in front of the public.” The United States and the European Union (EU) also supported the move. Meanwhile, developing countries were disappointed with the closed-door negotiations. Civil society responded to this by organizing massive online mobilization and protested outside of the venue.

At the end of the session, the ADP chair and the secretariat let civil society think this would not be the case during COP21 in Paris. Furthermore Ségolène Royale, the French Minister of Environment, told French NGOs she would ask the French presidency for opened sessions to civil society.

Despite all these promises, we discovered on Monday that the spin-off groups were closed. Since then, important discussions are taking place in closed-door.

How can we ensure transparency if the negotiations are closed? These delegates are discussing what is going to determine the living conditions of vulnerable populations and future generations, and we as youth are not even able to hear what they have to say about it. Inclusiveness and transparency are crucial in the process to guarantee a certain pressure on the negotiations and support vulnerable countries in their demands for more ambition. 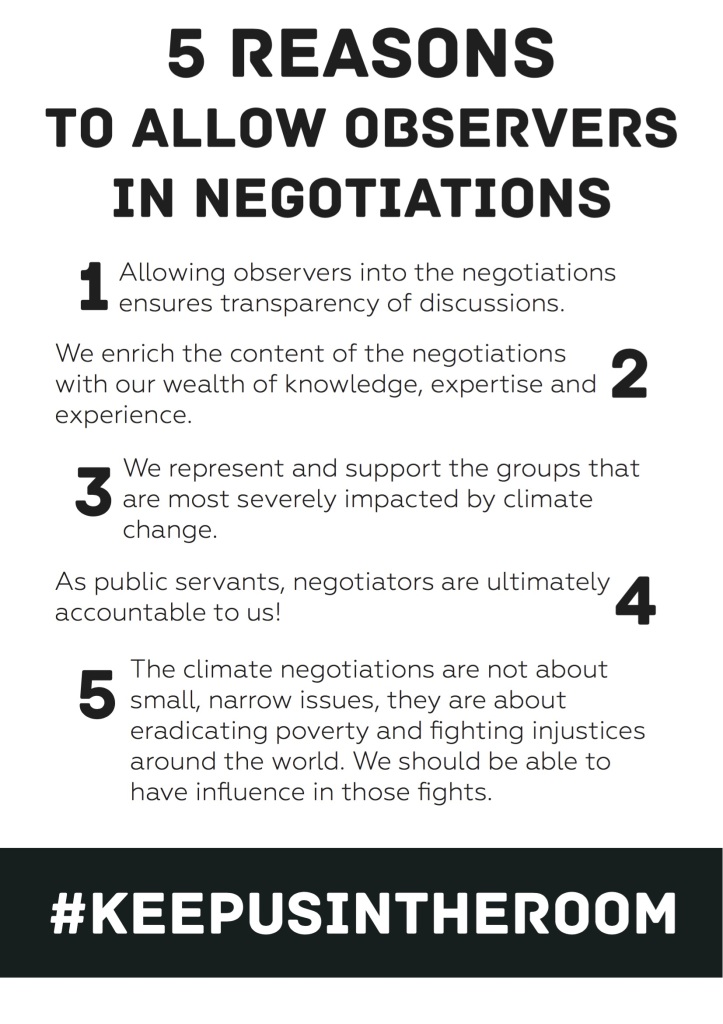