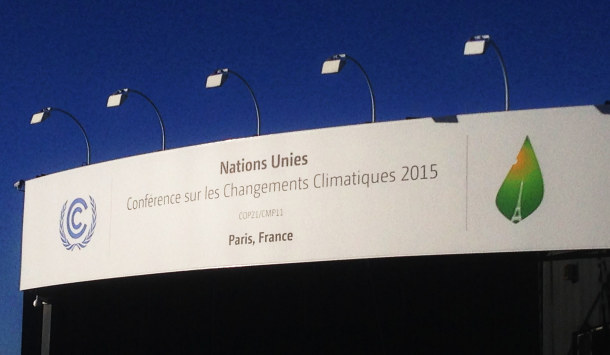 The biggest UN event that has ever taken place outside of New York has started. It’s the 21st Conference of the Parties (COP21) to the United Nations Framework Convention on Climate Change (UNFCCC), also known as the UN Climate Talks.

This event is about the past, the present, and #itsourfuckingfuture. It will determine the future in one way or the other and the estimated 150 head of states and governments that are expected to attend over the next two weeks proves that. As well as the 120 000 mentions of #COP21 on Twitter yesterday.

As the UN Climate Talks regularly fail in producing ambitious policies, their usefulness is often questioned. There are at least as many possibilities to slow the climate crisis as there are to fry the planet. What are the big topics on the table in Paris?

First, it must be said, there is no such thing as “the topic”. Climate policy is not just about emissions reductions anymore. There is another pillar, adaptation, which means how to react to the consequences of the climate crisis. What are therefore the major points on the table? A more detailed overview can be found in our COP report, prepared by FYEG’s delegation at COP21.

The first major point is differentiation. In the founding document of the UNFCCC a principle is stated, common but differentiated responsibility for climate change. This very broad statement has been a point of interpretation. Back in the 90s, differentiation between countries from the Global North and the Global South was seen as the right way. But emissions did not stop growing, actually the absolute emissions were rising as countries from the Global South became more industralized. Due to the fact that now it wasn’t only the Global North who had emissions, they wanted a reinterpretation of this principle. We see that by weakening its interpretation – which mainly aims to delegate the historical responsibility of the Global North – they are undermining an ambitious climate policy.

The second point is a discussion about the so called “ambition mechanism”. This ambition mechanism shall ensure that Parties actually raise their ambition in the coming years. It shall be ensured by different elements. The first is the duration of the contributions made against the climate crisis and the second question is how to ratchet up these contributions: Are the countries allowed to slide back in their contributions? If the intended contributions are not enough, how can a closure of the ambition gap be reached?

The third point is a long-term goal. The parties of the climate conference need to decide what their aim will be. Originally it was the “stabilization of greenhouse gas concentrations in the atmosphere at a level that would prevent dangerous anthropogenic interference with the climate system.” In 2010, states finally decided to operationalize it with the 2°C goal. Now the discussions are very broad. A long-term goal has three ingredients: it says what should be reduced, how much should be reduced, and until when. A lot of options are floating around at the moment, reaching from net-zero emissions to decarbonisation to a phase-out of fossil fuels or emissions reductions. The most mentioned years are 2050 and 2100.

The fourth question is another deal-breaker: finance. In 2009 and 2010, the Global North promised to give $100 billion annually to the Global South from 2020 on. Essentially, without finance there is no deal and the question that remains is how this money can be brought together. For instance, China recently said it can also provide climate finance. The additionality of the money needs to be secured as well – it should not be taken from official development assistance. Furthermore, the amount and mix of public and private money is not sure.

The last question is more emotional – loss and damage. These are consequences of the climate crisis where adaptation is not really possible anymore. The question is if it still falls under adaptation – something that many countries from the Global North are advocating. The main reason is their fear to open the floor to be questioned for compensation caused by losses and damages and this is something the Global North does not want because of the costs and weight of the responsibility. Therefore, there are the two positions  – to have loss and damage separated from adaptation or not.

All in all, Paris is not predictable. But there is a need to be loud and to be clear: climate justice is not an option, it is a necessity.