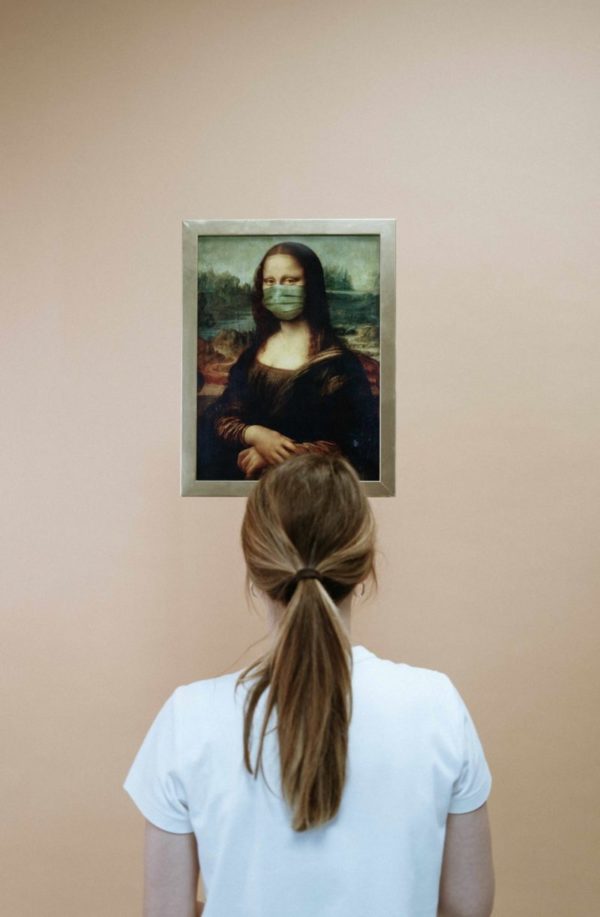 Dr. Marylin Ivanova, 27, is a medical doctor at the National Emergency Hospital ‘Pirogov’ in Sofia, Bulgaria. She has been a frontline saviour since the very beginning of the pandemic. I asked her to share her point of view of the Covid-crisis, in an attempt to highlight the tremendous efforts women (70% of healthcare workers) have been making to curb the horrendous damage the pandemic has done.

I remember quite vividly the moment when the Pirogov hospital was ‘sealed’ – it looked like we were on the film set of CSI – I could see the yellow ribbon “Do not trespass” from afar. That night I was on a night shift as the first covid-positive patient was hospitalized at Pirogov. It all felt surreal, the quiet hysteria, the voices whispering in the corners of the building. There was no protocol at that time and therefore no certainty as to what follows next. In my mind, I was asking myself: “Will I starve if I am not allowed to go to the supermarket across the street?”, “Will I be allowed to go home when my twelve-hour night shift is over? How long will we be kept in here?”. But I did not make a big deal out of it. Had I known all this, I would have put a spare pair of underwear in my bag. It’s always nice to know you have a fresh pair of socks.

At that time, I figured I was doing great as I had not received panic attacks or micro psychotic moments. I was not concerned about my health, which I interpreted as a clear sign that it is my duty to take my spot on the front line – I just felt like I had to. I explicitly expressed my determination to work in the nightmarish sector of the hospital where the rows of beds of elderly and critically ill patients were positioned. However, just a week later it turned out that more and more children suffering from the virus had serious complications, often requiring urgent intervention. They were hospitalized in two small rooms where a simple screen was put up, and there it was – they called it a pediatric ward.

It took us a lot of pondering and two days of extensive dedicated work to build up the system of work and set the guidelines for medical treatment based on publications we translated from German and English. Finally, there was a somewhat clear plan. The trouble was people were sick and horrified, and expected us to know things, to not be confused. But the bureaucracy, the set of regulations imposed on us by the administration was speedily piling up; and the worst part was these rules were often contradictory to the point of ridiculousness.

The weeks and months passed by and most of the senior doctors had already been struck by Covid-19. At one point only 3 out 14 doctors in the ward were not on sick leave, which meant a very intensive, strict work schedule. This was a very challenging period, and I remember my mother calling me once to say – jokingly or not so – “I don’t remember your face anymore”. As to my dear grandmothers… they did not know where exactly I worked. I lied to them because I was worried the truth would mess them up and destroy their health… and I couldn’t risk that.

My friends called to check on me, which was nice and yet again annoying because of the imminent question: “How are you?” Honestly, that question has been damn hard to answer. That’s because you don’t know if you’re sick because you’re down with the virus or because you are exhausted.

I do not complain about exhaustion, that’s part of the deal for all frontline healthcare workers. I even have a fun story to share. I had just finished a 24-hour shift, at the very end of which I had to write a prescription. I took a pen and wrote down my DUIN (doctor’s unique identification number), and I had to write down my name on the prescription. In that instant, I hesitated. I could not recall it.

Dr. Ivanova may have forgotten her own name this one time, but she is always to be trusted to remember to care about others. I know it myself because the first time I met her, she saved me. On that day, I went to see a theatre play, suddenly felt ill, and passed out in the corridor. I was lucky she was on the spot. The next thing I remember seeing, in the whirling haze, was the worried look on her face as she was fussing over my helpless body, helping me to regain consciousness.
We have been friends ever since that accident at the theatre. When I suggested interviewing her as part of FYEG’s Covid-hero campaign, she was a bit skeptical. “Are you sure… because I am not quite sure if I’m a hero”. But I know, if there is one thing that unites them heroes – ONE… it’s precisely this – they are so unaware of how much their life’s work matters.