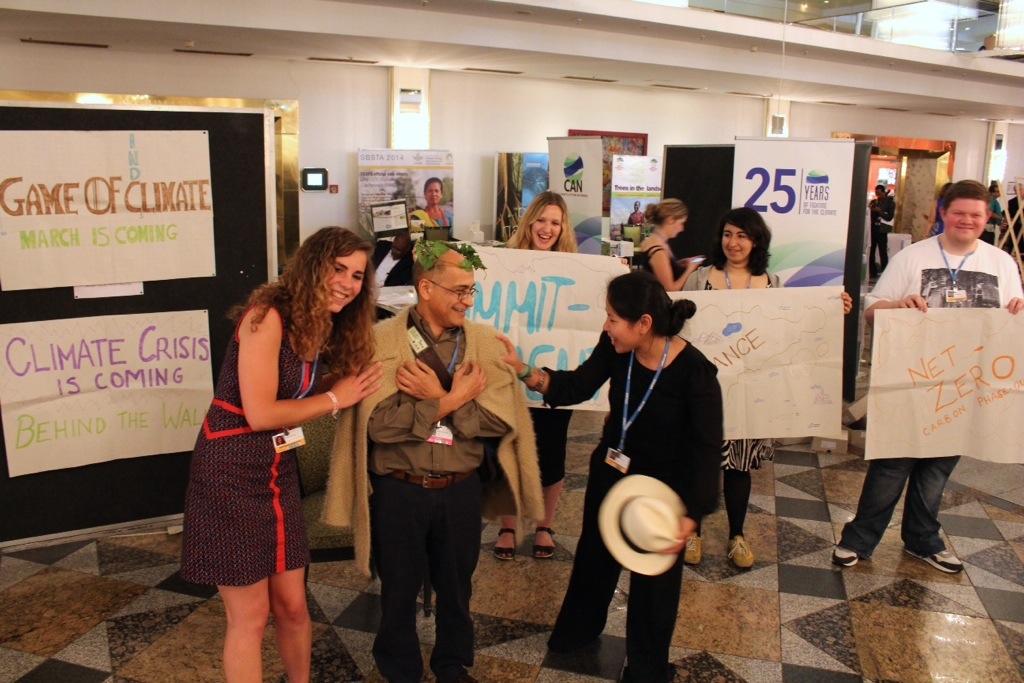 Saturday at the UNFCCC negotiations, the team of FYEG deligates joined the “Game of Climate: March is coming” action. Together with other youth climate activists, we wanted to show that we care about the contributions that countries are ready to make for the COP21 for their Intended Nationally Determined Contributions.

The upcoming COP21-Paris 2015, is an important global deal for all of us and as a part of the civil society in these discussions and negotiations, we are trying to pass the message that we are not passive. We really care and we need our voice to get heard.

In the action we focused on topics that we, as young people, are considered as important and we want the negotiators to take us in mind and adapt them in their contributions, so to allow us to be somehow in the debate. The topics we counted as priority for youth were finance, equity, ambition/ no backsliding, domestic reductions, participatory process, net zero and also commitment. As youth we do not want only contributions in words, papers and agreements. We want commitments and that must be shown by actions. Within the next two years we want all these countries to show their commitments by acting in favor of their people.

Based on the world famous novel and television series Game of Thrones, we had the “Great Green Throne” of Climate. The procedure was simple: The negotiators needed to pass through all the banners/thematics (“kingdoms”) and if they had conviced youth that they are really willing to take them under consideration and include them in their contributions, they had the chance to be “crowned” as the “Climate Champion”.

In the rush of getting to their meetings, we had crowned only three countries, Philippines, Fiji and Peru (COP20-2014 Lima in December), as Climate Champions (Congratulations!).

We are happy that we could draw attention and make us visible once more, but 3 countries out of 150 is not enough. We want them all, or at least the majority! We are young, passionate, ambitious and maybe idealists. But as it is shown in history, only if you push the limits and believe in the impossible then you find ways to make things happen.