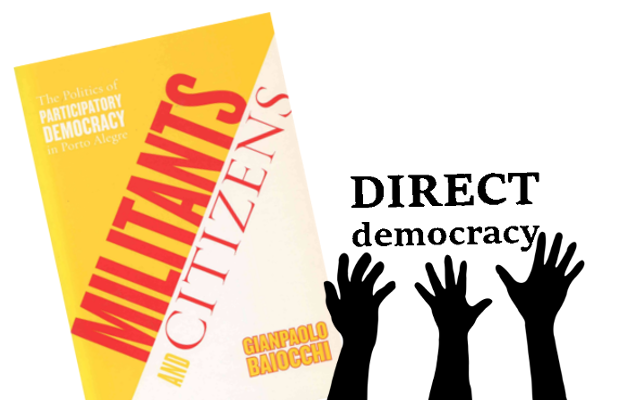 When hearing the word “democracy”, what usually comes to mind is “government by the people”. However, in most cases this usually refers to decision-making by elected representatives. Direct or “pure” democracy would be a more accurate term for direct voting by citizens on policy initiatives, which can most famously be found in the Swiss governmental system. Yet, countless initiatives have developed worldwide encouraging more direct influence of citizens in the governmental decision-making process. But how can direct democracy work in action and be implemented seriously? Why are governments worldwide so hesitant to let citizens get involved directly, when democracy means reflecting the will of the people?

One of the main arguments against direct democracy is whether everyone is qualified to make a decision on issues that matter on a local or even national scale. Think of Churchill who said “the best argument against democracy is a five-minute conversation with the average voter”. Considering that education systems tend not to include political and/or civic education, this is a valid concern – particularly in the context of right-wing radicalisation and extremism in Europe and the USA.

Information is given through outside sources, frequently biased ideologically, representing particular interests, or seeking to skew opinion, opening the doors for easy manipulation of those most vulnerable. The effort of acquiring solid, unbiased information out of one’s own initiative is high, leading to opinions based on “easy information”, or political alienation altogether.

While it is quite clear that there exists a need to de-mystify politics, and in that also democracy, the question remains how this can be done without imposition. In the same way a representative democracy claims to represent the will of the people, a political/civic education that claims to do so is again reliant on someone who makes the decision of what and how to teach. Power is again given to those in a privileged position, rather than being inclusive. How then can the problem of not everyone being qualified enough to participate in a direct democracy framework be bridged?

Let us consider the case of Porto Alegre in Brazil. Scholars have long been baffled by the way civic life has changed as a while since participatory budgeting was introduced by the Worker’s Party in 1989, allowing every citizen of Porto Alegre to take part in the decisions regarding the municipal budget in a deliberative forum. What is often hailed as the largest participatory experiment in the world has transformed the city as much as it has transformed the lives of its inhabitants.

Gianpaolo Baiocchi (2005) in his famous book on the experiment speaks of nearly 100% completion rates of all projects initiated by the Porto Alergins, including the creation and extension of sanitation systems, roads and pavements and housing possibilities. Additionally, the number of neighbourhood associations has tripled, housing cooperatives have been born, the enrolment in elementary and secondary schools has doubled, and the number of participants in the “experiment” rose from only a few dozen in 1989 to well over 25.000 today. The city has been thriving, and its inhabitants have been empowered.

Baiocchi lovingly termed the experiment in Porto Alegre a “school of deliberative democracy”. Not only are citizens being taught how to contribute to the policy process by being given a means to have their voice heard, but through giving everyone the agency to participate in the first place, valuable skills like deliberation, negotiation, awareness about themselves and others, and political discussions have been gained. This reflects the very core values a good, non-ideological political/civic education should give. Most importantly, this exceeds the usual cleavages of class, race and gender which reproduce themselves with classical policy initiatives.

In the broader context of direct democracy, Tocqueville’s “tyranny of the majority” could be avoided in the long run, if the majority was given equal, practical opportunities to see for themselves what benefits collective decision-making could have. Without being biased from any particular ideological side, being given the possibility of participating in something large and political in an organised manner (in this case, through several stages of deliberative decision-making fora) renders citizens powerful, important, and meaningful. A consciousness develops of what would be most beneficial not only for some in the short term, but sustainably and for everyone involved.  Most importantly, this awareness develops organically, rather than being imposed. Perhaps this is the form of civic and political education that is needed to shut down the argument that some people are not qualified enough to participate in direct democracy.

Direct democracy moves people. The dream of direct democratic systems globally is a wild one, but not an unattainable one. The trick is to start small, to realise that things take time to catch on, and that the main problems that prevent direct democracy from catching on should be addressed first. In this case, making sure that the will of the people is based on a legitimately informed, rather than imposed or generated will.

Unfortunately, the issue as a whole is often considered radical and associated with the left – in other words, it is made about ideology rather than overall egalitarianism, inclusion and empowerment. However, the case of Porto Alegre shows that this need not be the case. By giving people across the board the equal power, legitimacy and trust to make their own decisions in issues that concern them directly, an empathetic and political awareness grows, as does political knowledge. This will allow for the kind of society that we picture, and that we need, to make direct democracy a reality. 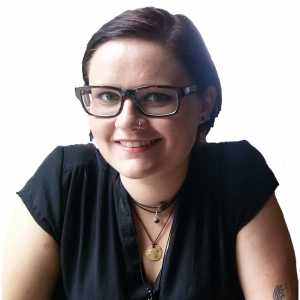 Born in Austria and raised in Singapore, Wanda recently completed her MSc in Political Sociology at the London School of Economics. She considers herself an eternally rootless wanderluster, curious mind and revolutionary at heart. Wanda is a researcher and aspiring civic educator who considers the world her playground. She is the co-Founder and Chairperson of the Global Arts and Politics Alliance (GAPA) and is involved in Project Access.

She enjoys the simple things in life: a tasty cup of coffee, an inspiring conversation plotting a revolution, or a wild session of ukulele/guitar jamming with friends.