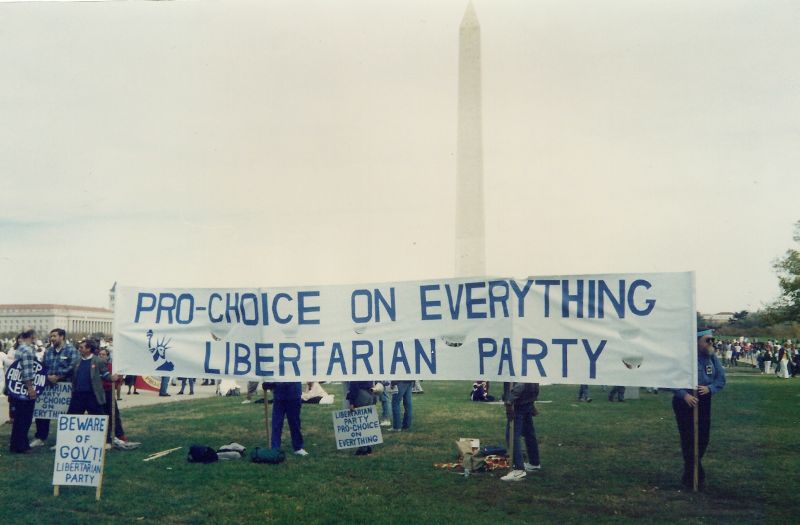 In order to give our readers a diverse and thorough overview of global issues, the Ecosprinter is welcoming a perhaps unlikely guest contributor- a US Libertarian. As one of the few voices that exist outside of the mainstream two-party system in the US, the Libertarians provide an interesting and unique perspective on many of the policies of the US. We hope you enjoy and we look forward to bringing you more “Eco Asks”!

Excluding war and economic cronyism (both of which are also “protectionist”), drug prohibition has been the U.S. government’s most expensive and horrendous failure. It was created out of intent to “rid the world of drugs”.

Sure, you can limit drug use by a few percentage points, but at what point does that measly result continue to justify billions of dollars annually? The cost of prohibition may never fully be quantified as there is no measure for invasions of civil liberties, families and lives ruined, a massive prison state, and other externalities. As a rule of thumb, policies should never be centered on intent, but rather results.

Drugs are a real thing in society, but attempting to prohibit them through state-sponsored violence is ill-fated from the start. If the intent is to rid society of drugs, we can look no further than the drug-addled American prison system. Being that prisons are flooded with drugs, logic would conclude that we would have to turn the entire country into a prison and would still have drugs. Instead of taking a criminal justice approach, we should address drug use as a public health issue.

As a libertarian, I firmly believe in the absolute right to self-ownership of person and property. These rights are not gifts from the government, but exist by virtue of being human. The government has no authority to regulate, prohibit, or control what I put into my body. Furthermore, because of my absolute right to property, the government has no authority to control what I do with legitimately acquired property. Despite these inalienable rights, government has gone on social justice crusades to enforce their subjective moral code onto otherwise peaceful citizens. It is not the government’s job to protect you from yourself, nor do they do a good job at it.

One of the worst unintended consequences of drug prohibition has been the US’s civil asset forfeiture, or legalized highway robbery. If law enforcement suspects your property has been involved in a crime, they are allowed to take it from you by force. Should you want it back, you must fight the state in an uphill battle. Asset forfeiture essentially charges your property with a crime, as opposed to you, which makes the legalese (legal language) much more complicated. It often costs more to fight in court than the value of your property.

In the U.S., there are many police departments that zealously use these laws as a slush fund for everything from margarita machines and beer kegs to new cars and safe houses. There are many stories of people carrying large amounts of legally purposed cash being pulled over by police, searched, and their money confiscated. The officer’s reasoning? In many cases, it has been “I think you’re using this money for criminal activity”. It amazes me that people find this as a morally superior outcome.

If we look at prohibition from an economics perspective, the role of the state becomes convoluted and disastrous. For starters, the U.S. government quite literally acts as an international protectionist regime for drug cartels. Without government, cartels would be subject to market forces such as consumer demands and competition. This also holds true with street dealers. As a result, the market has failed to innovate as have other markets. This leads to dangerous alternatives, (crack) cartels established by means of violence, and recreational users risk life and limb for a good time. Violence created by illegal drug distribution has flooded neighborhoods and crossed international borders, far outweighing the petty crime of addicts.

The economist argument for legalization is often misrepresented by social do-gooders. Frequently, I hear “children will have easier access to drugs if they’re legal”. Any argument using “for the children” as its premise is extremely weak and petulant. Consider the process of buying alcohol. In the USA, 9 out of 10 retailers (we all knew that one store) say what almost immediately: “can I see your ID?”

Furthermore, what evidence is there that legalization would cause easier access? There is none and no one, to my knowledge, as ever proven this true. If one merely attempts to illegally buy drugs, regardless of age, I will bet my last dollar no one asks you for an ID. You may even notice children employed by violent gang members as look outs, thus “catching them early” for recruitment. As consumers, we can use market powers to influence these types of behaviors and more – quality of product, prices, and demand.

Of course, there are always people claiming how criminal and petty a drug user must be. In practice, this makes no sense. In the face of the strictest form of regulation, the illegal drug market has flourished, even with increases in enforcement spending. Today, it is estimated by economists that the drug market generates $500 billion in the U.S. alone. I have never seen an industry generate that kind of money solely off the backs of the poor and criminals.

In fact, the CDC admits that only 12% of heroin users are current (last 30 days). The drug industry is fueled by hardworking men and women of all incomes who use drugs as a substituted or complemented good – not with the intent of self-destruction. By criminalizing these good people, their lives are quickly ruined because they did not adhere to an arbitrary moral code. If these people “need help”, I don’t think putting them in a cage with violent criminals is the right way to do it.

Keeping in form with government practice, we often here established “intellectuals” parroting the state’s agenda to further vindicate the state of any malpractice or corruption. Make no mistake, these people are nothing more than voices for hire and, thanks to groundbreaking research, are starting to sound like broken records. Dr. Carl Hart, a neuroscientist from Columbia University, has conducted research showing that drugs are not nearly as addictive or deadly as we believe.

For one, he has completely disproven the myth that “one hit of crack will turn you into a murderous psychopath” and that “addicts will stop at nothing for a fix”. His research showed that drug addicts will frequently accept cash vouchers and food in lieu of drugs. Also, he has concluded that addiction is a result of pre-existing social factors, not so much the drug itself. He has also disproven the belief that meth causes physical deformation and that cocaine will render first time users forever addicted. In short, as with marijuana, much of what we were led to believe now appears to be an outright lie.

Although there are many false premises of drug prohibition, these are the most common touted by the very people who stand to profit from the current system. The culture of prohibition, like many statist policies, can be traced back to authoritarian power grabs by government. As with many regulations, the government cleverly operates under the guise of protectionism and uses its monopoly on force to profiteer off the backs of peaceful citizens. 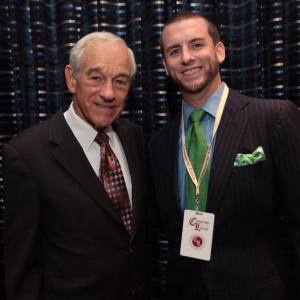 The author, Grant Phillips, writes his own blog and runs a Facebook page, The Modern Libertarian. A self-proclaimed libertarian thinker, Grant spreads the word of liberty and his own ideas on today’s issues.