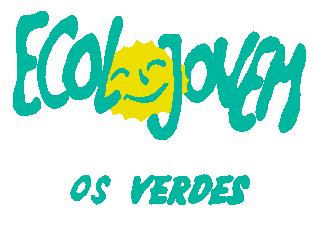 We live today in a world threatened by insecurity and war. It is urgent to affirm the peace and the rights of the people to their independence, sovereignty and self-determination. In this context, the European Union has an obligation to fight for a Europe and a world of peace, cooperation and support.

For more than 60 years the Palestinian people have been slaughtered by Israel, which has tax settlements and kept hostage hundreds of thousands of Palestinians with the objective of power, domain , colonization and control of the exploitation of natural resources, particularly water resources, violating the most basic human rights .

In Gaza 1,7 million Palestinians struggle under a suffocating blockade.
As a result of this blockade, ordinary Gazans struggle to cope with extensive power outages, shortages of clean water, and disruptions to hospital services.

For many years, the UN resolutions recognize the inalienable right of the Palestinian people to live in freedom in a sovereign and free state. Even so, the occupation of Palestine incurs a total and clear disrespect for international law, contradicts UN resolutions and continues to have the support or connivance of the United States and the European Union.

The ongoing closure policy means that movement and access is strictly limited: Israeli forces have continued to prevent people in Gaza from accessing sites in Jerusalem and Bethlehem, studying in universities in the West Bank, and visiting their families in the West Bank and vice versa, only allowing passage with special permits in exceptional cases.

The Palestinian youth know no other reality and always lived under this illegal and violent occupation. These young people have the right to live in freedom, with rights and quality of life, in order to realize their dreams and aspirations.

Ecolojovem – «Os Verdes» believes that it is possible to resolve this conflict, if there is political will to do so; for this, there can be no impasses. Israel and the US have to put aside the ambition for power, domination and exploitation of the people and of the Palestinian resources. In fact, Israel has always had the support of the United States, its great allies, to impose its politics of aggression against the Palestinian people.

Israel has done everything to block the constitution of a free, sovereign and viable state of Palestine, maintaining and accelerating the construction of settlements, violating the international law and persisting in a deliberated policy of occupation, annexation and exploration of the territory of Palestine, but also the annihilation of the material conditions of its existence as a nation.

While there is support from USA and Israel who are practicing the longest military occupation in modern history, the chances of peace are minimized.

But there is still hope, such as there was for the people of South Africa and the East Timorese, that the Palestinian people finally be able to win their independence and Gaza, the West Bank and East Jerusalem are territories of a free and independent Palestinian state.

We, the young Portuguese greens, believe that people all over the world are equal, no the matter their religion, the color of their skin, nationality and their origins. All people should have the same and equal rights to express themselves.

We believe that young Palestinians will be able to have a better life.

Ecolojovem – «Os Verdes» supports a solution where each people have the right to govern themselves and have sovereignty over their own land.

We believe that this solution must be implemented now, with the immediate application of international law and the end of the occupation.

We are fully supportive of Palestinian people that fight for their right to sovereignty, their culture and their natural resources, and with young people who have their present ruined but keep fighting for a better future, not giving up on their dreams and aspirations.