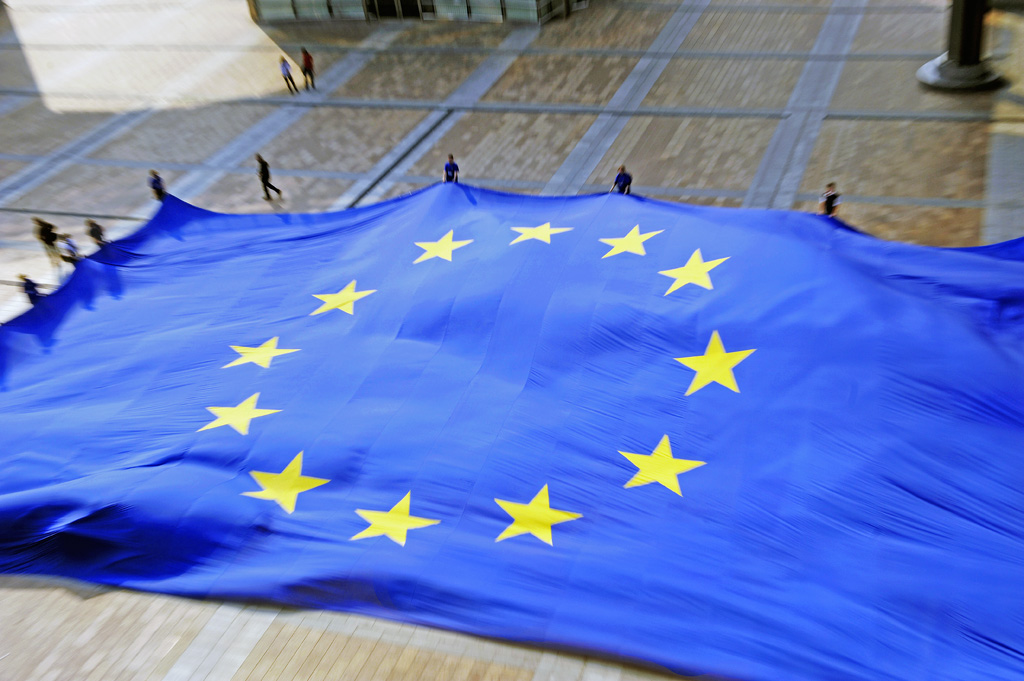 ‘It is to re-create the European Family, or as much of it as we can, and to provide it with a structure under which it can dwell in peace, in safety and in freedom. We must build a kind of United States of Europe. […] I hope to see a Europe where men and women of every country will think of being European as of belonging to their native land, and wherever they go in this wide domain will truly feel “Here I am at home”.’

– Winston Churchill addressing a Congress of Europe in The Hague, 1948

More than half a century ago the vision of ‘a kind of United States of Europe’ brought the Continent together to start the quest for a Federal Europe. After the end of the Second World War each decade saw firm steps being taken towards closer collaboration and European integration. But during the last ten years we lost our focus.

Shifting the blame on Brussels became an accepted practice and the idea of Federal Europe got lost somewhere between the never-ending crises.

The ideas of European integration and further federalization have been made into buzzwords by the media and politicians in more eurosceptic regions of Europe. These complex concepts fall prey to ignorance and in turn fail to convey the message which Winston Churchill shared in 1948.

So, in order for us to have a straightforward and objective discussion about the future of Europe we need to bring each other on an equal footing.

What in theory is a Federation?

A federation is a political entity characterized by a union of partially self-governing states under a central (federal) government. This political power structure is not hierarchal, it’s flat. Federal and state governments are on the same level, neither have the authority over the other.

In its essence, a federal approach is about solving problems as efficient as possible by taking the most appropriate means: local, regional, national and supranational. Time, expenses and effectiveness are taken into account; the competences are distributed rationally for these governmental levels.

There are 27 Federal countries in the world. There are two noteworthy examples: the Federal Republic of Germany and the Republic of India.

Germany, consisting of sixteen Bundesländer (federal states), is at the moment doing relatively fine in terms of governance and relations between the state and the citizenry. One might argue that their approach to governance brings the biggest benefit to the small and medium sized communities as well as the nation as a whole. Their idea is simple – make decisions as close to the citizen as possible and avoid touching what you’re not supposed to.

India too is a federal country. Even though India is not regarded as a world leader in terms of democracy it can illustrate two critical points about the concept of a federation.

First of all, India is spectacularly diverse: there are more than 122 major languages inside the subcontinent; there are many distinct regional cultures within India; and the economical landscape is a colorful puzzle containing Asia’s poorest regions and cities that are economic powerhouses for the country. Having the federal government is a solution to such diversity, because trying to apply a centralized solution to a billion people just seems whacky.
Second point: not all federations are automatically perfect examples of governorship. Federal approach alone does not make India an advanced country, nor does it make India a poor country – it is only a tool for the Indian leaders to manage the country. And it’s not the tool’s fault if it’s used incorrectly.

The Federal vision of Europe

By taking the best examples of governorship from all around the world and applying them to issues which would be best achieved by a single European entity the envisioned Federal Europe would be a stronger, more democratic and more genuine government for Europe and its citizens.

European federalism is about taking European approach only when it’s the most logical solution that brings the most benefit to the citizens. Building a bullet-train, sending aid to developing countries, fighting international organized crime are all European level issues. In order to solve them most efficiently, we need to take a united approach not as 28 countries but as a one Europe.

Applying the federal concept at the European level will be difficult, but worth it. Current problems in the EU call for a more enlightened and progressive type of government; a government that genuinely prioritizes the citizens’ interests above all.

Is the European Federation only a dream?

The European Union already has a lot of federalist-like characteristics: the single market, the monetary union, the Schengen area, representative elections, a high court tasked to interpret EU law that supersedes national constitutions.

Sometimes the only thing they lack is the word “federal” in it. And we’re slowly moving towards even deeper supranational integration considering recent events: the digital single market, the potential of a fiscal union and banking union.

Future developments will soon take hold, and redefining “federalism” will be an issue sooner or later. But to envision a European federal union of the future as a complex multi-level parliamentary democracy, we must know what shape it would take.

The current structure of the European Union is not a long-term solution and it must change. That’s why we must know our options clearly before making any decisions that will shape our future.