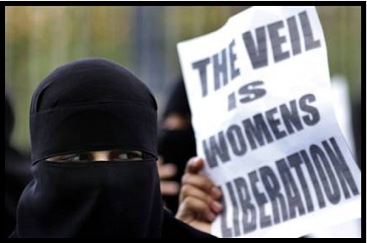 Often enough white, western feminists refer to the Global South as being underdeveloped and backwarded with regard to women’s rights. They take their own concept of gender equality as universal and neglect its regional and cultural imprint. Because of the western refusal to enter into an equal dialogue, feminist activists from the Global South feel affronted by the western arrogance and many international feminist initiatives in the countries of the Global South fail.

First of all, it is necessary to acknowledge in the western feminist movement that it took centuries and decades of feminist struggle in order to establish societies, which certainly offer more liberties to women than ever before, but which are still being far away from true gender-equality.
So western feminists should for example bear in mind that, while there is still a huge income gap, a lack of women in leading positions and stubborn discussion on women’s quotas in many western countries, there are quite a few countries in the Global South with a very progressive legislation: For example in Burundi and Rwanda there is a obligatory women’s quota of 30% foreseen for both parliamentary chambers and the constitution of Afghanistan determines, that at least two parliamentarians from each region must be women.

Here it gets obvious that first of all, we should identify and fight the weaknesses of our own society, before judging the alleged backwardness of other cultures.

In order to question the western universalizing tendencies, it is also crucial to keep in mind, what our understanding of feminism originally came from and that it was, from the beginning on, dominated by white, middle-class women. Already in the 80s, feminists like Bell Hooks criticized
the white supremacy in the US feminist movement and claimed that it did not acknowledge the different situation of black and working-class women. Until today western feminism tends to be a eurocentric/ western and ethnocentric movement on the international level, which perceives its values as universal, but which ignores the concerns of especially stigmatized groups at the same time. That’s why there is a need for a more inclusive and intersectional approach in order to be a movement representing all women, no matter of which religion, race or social class.

A first important step in order to overcome the danger of exclusivity of western feminism, would be to accept, that our approach is heavily influenced by our history and culture.

First of all there are many crucial notions in western feminism, which can just not be applied to the rest of the world: One of these is the understanding of gender linked to the “nuclear family”, which prevails in most of the countries of the Global North. A nuclear family is a one-family-household, which consists of a patriarchic father, a subordinated mother and their children and is one the most challenged sociological constructions in western feminism. However, the understanding of gender based on the “nuclear family” does not have any cultural traditions in many parts of the world. For example the Yoruba in Nigeria traditionally live in non-gendered families, in which kinship roles
and categories are not linked to gender. As the gender-based family concept was imposed by force to many African countries by the colonizing nations, today’s western feminism, which aims to fight the nuclear family, misses its mark in these regions.

Another example for different feminist approaches, was the clash between western feminists and activists from eastern Europe: After the breakdown of the communist block, it came to first encounters between western and Russian feminists, which held surprises for both sides. While western feminists challenged the “nuclear family”, feminists from the former Soviet Union, where women were seen as active builders of socialism, advocated the women’s right to stay at home and spend time with their children. So here it becomes obvious, that the western feminist approach is not automatically applicable to other cultures.

Another aspect is the interpretation of unfamiliar cultural and regional phenomenas by western feminists without having a real insight in and understanding for it. There is a huge danger to deplore regional customs, just because of our western lack of knowledge and understanding.
A popular example thereof is the western perception of the veil as an instrument of subjugation. Many islamic feminists do not share this sentiment and rather criticize the exaggerated western cult of the body, which puts pressure on women to meet ideals set by men. Here it would be necessary to enter into an open and equal dialogue and to accept, that there is not one feminist truth, but a great variety of approaches.

Feminism and religion: not necessarily a contradiction

One very controversial issue between western and non-western feminists is the relationship between feminism and religion. Traditionally western feminism is a rather secular movement, which tends to perceive religion as an instrument of patriarchy. This impression, which may have been true for the Global North, is conferred on other cultures, especially those, in which Islam plays an important role. For example, the principle of “quiwama” in the Sharia, which states, that men are superior to women, is often put very much in the centre of discussions, even though it is just one principle of many and also in other religions there exist gender-discriminating provisions. Consequently many western feminists come to the conclusion, that islamic societies can never be gender-equal and therefore religion must be overcome.

However, islamic feminists see the relationship between feminism and religion in a completely different way: Ziba Mir Hosseni emphasizes, that Islam as such does not discriminate women, but the corrupt and male elites by their interpretation. Even though they agree, that, for example, the islamic family and divorce code is incompatible with gender-equality, they still perceive their religion as a possible instrument for overcoming the subjugation of women. Here we must be careful not to transfer our own historic experiences to other regions.

It is obvious, that there are paternalistic tendencies towards the Global South in western feminism. Nevertheless, cultural relativism must not serve as a tool to undermine women’s rights.

In order to face this problem, there are several feminists, who tried to develop methods, which allow to enter into an equal dialogue: Hilary Charlesworth identifies two different methodologies for doing so: “World travelling” and “rooting and shifting”. Both aim to overcome the cultural imprint of female experiences and feminism by finding a universal common denominator. “World travelling” is a method, which tries to link theories from different scientific areas. It is based on the idea, that women, as part of their education, develop an arrogant perception towards other women. This leads not only to a arrogant attitude towards the women’s role in their own society, but also to the depreciation of other cultures and races. By “travelling” one tries to get a understanding of the living situations of women in other parts of the world and to reflect how the own culture might be perceived in other cultures. Building an inverse understanding is seen as an instrument against racism, imperialism and patriarchy. “Rooting and shifting” is a similar approach, which says, that women are rooted in their own society and that there is a need to shift from one’s own cultural point of view to a less biased and more understanding perspective in order to get a better understanding for the roots of other women.

As gender-inequalities persist all over the world, feminism certainly remains of the highest importance. Nevertheless, it is necessary to keep in mind, that even though gender-equality is a global aim, the approaches to reach this aim, are far away from being universal. That’s why it’s time to accept the different regional and cultural approaches and embrace the idea of being one diverse and colourful movement. 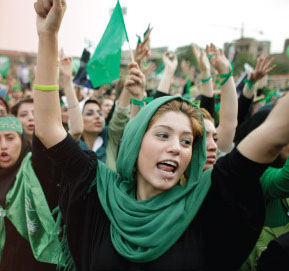