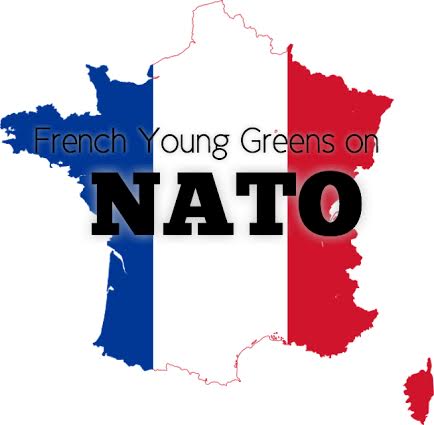 The first in this series comes from France. The questions were answered by Vincent Madeline who is active on the issue. Much of the position was taken from the 2013 Tunis World Social Forum’s declaration and from a press release on nuclear disarmament.

Do the French Young Greens have an official position on NATO? If so, what is it?

The French Young Greens don’t have any official political statement regarding NATO. However, they probably share a common point of view. As a matter of fact, any mention of NATO is to suggest that NATO should not exist anymore. Instead, the EU should implement a military cooperation and program.

It is a legacy of the pacifist movements, where the Greens partly come from. All alter-globalist organizations share this point of view in France, and, we guess in most west European countries. NATO is considered as a tool for the US to keep dominating the world.

How do you deal with this perspective given the French history?

France used to be very hostile to NATO. For 43 years old and until 2009, France left the Integrated Command of NATO, under the impulse of Charles de Gaulle, former French President, in the name of a certain idea of ‘French independence’. Is is still the case today ? Probably not. However, our position is very different from the former “gaullist” point of view. We do not promote more autonomy for France, we support an European defense system. Moreover, we do not approve the whole symbolic going along with the nation, the army and everything.

Pretty fine. It is a common legacy.

In what ways do you think that the Greens have/will affect(ed) the debate on NATO in France?

The Greens’ position is shared with the leftist movements, but is far from being majority in the country. It would already be a success if NATO was discussed in France.

Has the French perspective on NATO have changed in the past couple of years?

Not at all. Former President Nicolas Sarkozy changed the traditional “gaullist” position of the Conservatives [in taking the decision to join back the Integrated Commandment of NATO], but the Socialist Party has always been pro-American regarding international politics. They nowadays agree on that !

Unfortunately, the crisis in Ukraine is not an issue in the French public debate. It appears that the French don’t feel concerned by what happens there.
Our position as Young Greens is that the crisis comes from a power struggle that should not be between Russia and EU/USA. Ukraine should not belong either to EU or to Russia, but to itself. It was a big mistake to show a will to move forward on the adhesion of Ukraine to NATO, because it is resented as a provocation on the Russian side. It would be better to promote fair partnerships. It does not occult that Putin remains the bad guy in the whole story ! 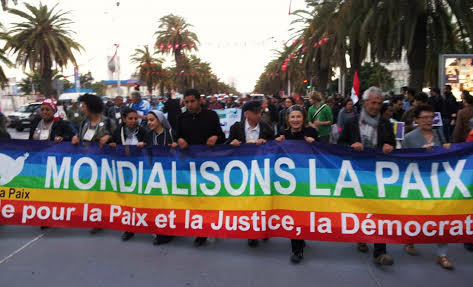