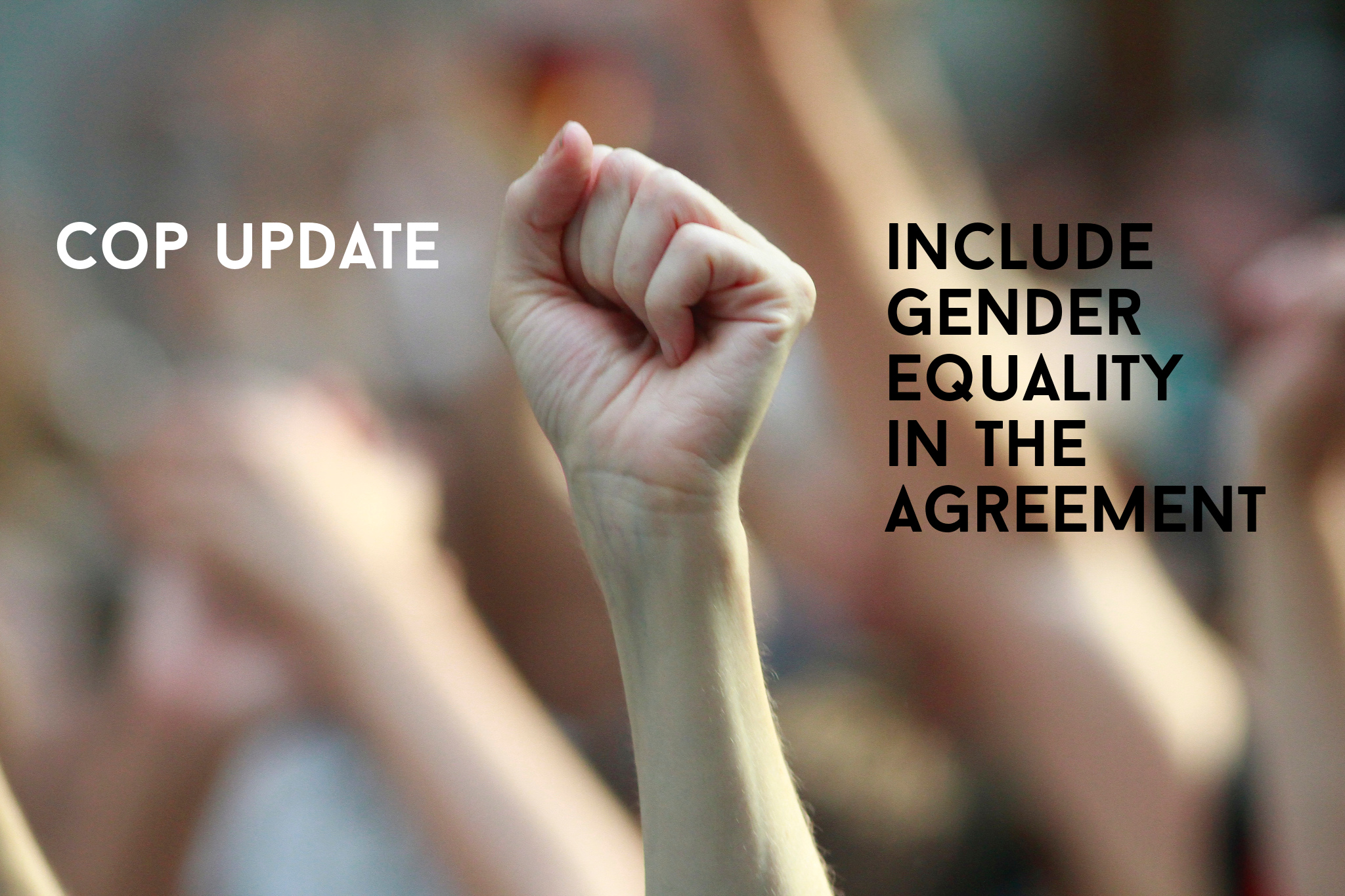 Today’s theme was gender, thus several events focus on showcasing women’s initiatives and voices as well as calling for the inclusion of all gender equality in the agreement article 2. Many organisations also called for improved accessibility of climate finance for local solutions because these measures target women in particular.

This week it is the Ministers who lead the negotiations. They meet 1-2 times per day and in between there are smaller working groups who work to move forward on the text. In many cases there are bilateral meetings where appointed facilitators meet different groups. All in all, this means that the negotiations are very spread out and that it is incredibly difficult to follow what is happening in the negotiations. Moreover, observer parties (like FYEG) are often not allowed into the negotiation plenaries, which makes it even harder.

The two big issues are still finance and differentiation, where there are still great disagreements regarding responsibilities and goals. On a more positive note, the discussions around a long-term goal are slowly building momentum with more and more Parties opening up for the possibility of the text including 1,5C such as Canada, Germany, France and even the US, yet Saudi Arabia is still a major blocker in the discussions.

Regarding Loss and Damage, the US and the Alliance of Small Island States have drafted a proposal text, the responses are still to be seen. The US and the EU are still sceptical towards including liability and thus this will be an interesting argument to see unfold in the coming days.

Finally, the German Minister of the Environment pledged 50 million euros to the Adaptation Fund, while Italy and Wallonia pledged 2 and 1 million euros respectively.