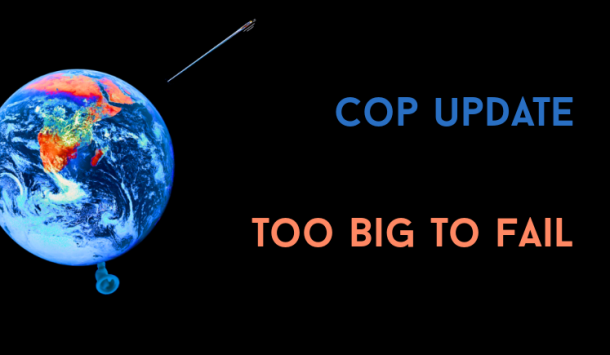 Last night, a new text was released in the negotiations halls of Paris. The first important thing to note is the kind of text. It is a proposal by the President of the COP and the Minister of Foreign Affairs of France, Laurent Fabius. This means that the new text is not the final text to be negotiated. During the night from Thursday to Friday, the countries were reflecting on the text and gave feedback. A new text is expected for Saturday – but we already know that it will not stand in line with science. The Paris agreement will not the deliver the ambition that is needed and will strengthen already existing injustices.

Discussions about the preamble are always related to Article 2, the purpose, sometimes referred to as “core”, of the agreement. Human rights are not included in Article 2 of the agreement anymore. This is very unfortunate. The preamble now contains two paragraphs with references two human rights. One refers to humans rights alone, the other one to other rights-based principles such as gender equality and intergenerational equity. There are also references to food security and a just transition of workforce. The language proposed by different civil society organizations has therefore been split off and weakend in its legal stand.

In Article 2, parties also set out the goal to stay below 2°C. Countries shall also “pursue efforts to limit the temperature increase to 1.5 °C”. Furthermore this happens to “further implement the objective of the Convention”. Therefore, common but differentiated responsibilities as well as equity are still implicitly in the new agreement mentioned indirectly in the this wording. Still bracketed is if the agreement will be implemented on the basis of CBDR and equity or if it just reflects those principles.

In the mitigation the new long-term goal is “greenhouse gas emissions neutrality in the second half of the century”, but also to peak global emissions as soon as possible. This is not in line with science and leaves the door open to false solutions such as carbon capture and storage. We would – at least – need a decarbonisation until 2050. This option has been scrapped. There is also no mention of emission reduction targets. On the other hand the ambition mechanism is back in. A five year cycle can be found as well as that every new climate action plan shall be a “progression” compared to the one before. Also light review before the new national climate action plans enter into action is included. A reference to a base year for emission reductions cannot be found. REDD+ (Reducing Emissions from Deforestation and Forest Degradation) is implicitly mentioned. Also a market mechanism has been put into place. It might be seen as a chance to replace the market mechanisms from the Kyoto Protocol. On the other hand, the text still includes the possibility of offsetting.

Regarding adaptation and Loss and Damage a first assessment is a bit more complicated. The text still contains a reference to the temperature goal – which is stated in Article 2. However, links between mitigation and adaptation seem to emerge as both are meaningful to complement each other. Loss and Damage contains two options – and can still be part of adaptation. Which option of the both available is better is not easy to say. The first option is a very broad acceptance that Loss and Damage is already existing, but they also only “recognize” it. Option 2 is this and also an unbracketed parapgraph on the implementation of Loss and Damage. On the other hand this paragraph also includes a non-liability clause. And that’s bad as it breaks one of the basic rules of international environmental law.

On finance, countries can now note the significant role of public funds. 100 billion USD has been put as a floor price, implying that is might be scaled up later on. The words “new”, “additional”, “adequate”, “predictable, “accessible”, “sustained” and “scaled-up”, further clarifying the finance are bracketed.

So far, a facility for the implementation of the agreement is in the text. Bracketed in the same text is the issue of compliance.

Also, regarding the threshold needed for the agreement to enter into force for the Parties that have ratified it has been changed from the latest text and a double threshold has been introduced. 55 countries now need to ratify, representing 55% or 70% of global emissions. 70% would mean that all countries except China would be needed to ratify the agreement.

All in all, the French Presidency is congratulated for doing a very smooth job. However, there are a lot of bilateral meetings ongoing making it hard, especially for small delegations, to follow everything. Also, the rapid movements inside the negotiations are surprising. From several sides is heard that these negotiations are just “too important to fail”. Without an agreement, the whole UN process would be undermined. A new text is said to arrive on Saturday. Still, many important issues are not solved.