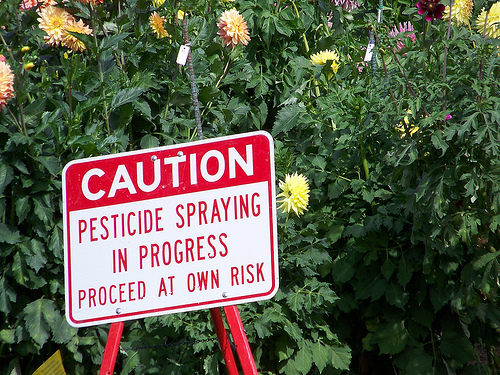 The new legislation, approved the 13th January by 480 votes to 159, allows EU member states to restrict or ban the cultivation of genetically modified organism (GMOs) crops on their territory.
More flexibility for member states that from next spring, they can negotiate directly with the companies and they can even ban the cultivation of crops approved by the European Food Safety Authority (EFSA).

Since 1998, the MON810 maize, marketed by the US biotech giant Monsanto, is the only GM crop cultivated in the EU. This maize is modified to be resistant to the European corn borer, a damaging insect pest. Spain is by far the biggest grower of MON810 with 137,000 hectares.
Seven other GM crops have now been approved by the EFSA and in the next months member states can decide for themselves whether to produce them or not considering their farm policy, the socio-economic impact and the protection of the ecosystems. Biotech companies will have the power to negotiate with the governments, rather than with the EFSA.

Environment
One of the problems of these individuals choices is that if a state accepts a GM crop it can contaminate the neighbouring countries, but at least the legislation’s text says that states should ensure a buffer zone to prevent cross-border contamination.

Could it be enough to limit the contamination? Could we also manage wind, water and animal transportation?

The most evident example of contamination and loss of biodiversity is Mexico. After the introduction of GMO crops they’ve lost thousands of varieties of corn, adapted to different conditions. Europe should learn from others countries.
I invite you to read about other environmental problems.

Health
As a biologist, I can say that even if some universities tried to show that GMOs are dangerous for our health, the scientific community doesn’t agree on this fact and all the experiments done in this direction don’t consider of all the parameters of our nutrition.
For example the university of Canne (France) showed that mouses fed with GMOs developed some cancers, but one of the most important objection of this experiment is that the nutrition contained just GMOs and nothing else. Besides the protocol used for the experiment, it had also other negative approaches.
In conclusion we don’t really know if GMOs are dangerous or not for our health. The controversy goes on.

Policy
Under pressure from businesses, the non-GMO crop yields will become weaker and the first victims will be the smaller farmers that want to produce healthy crops as that they won’t be able to buy private seeds. Small farmers will be in competition with the rich ones that can afford the seed.
The most important point is that we should change globally, and not just in the EU, to limit the privatization of the seed. If we really need to resort to GMOs, we should have free access to the seed or states should be the only buyer.

Do we really need to go to in this direction? Why is the traditional agriculture not enough? What about food waste?
In conclusion I remind you that the real problem that we’ve nowadays is the food distribution and the poverty created by our competitive system. If we manage better the distribution and our food waste, more people in the world will have a dignified life.

We need a common approach, so I ask EU states and non EU-states, as Switzerland decides in 2017, to limit and stop the introduction of GMOs in our continent!