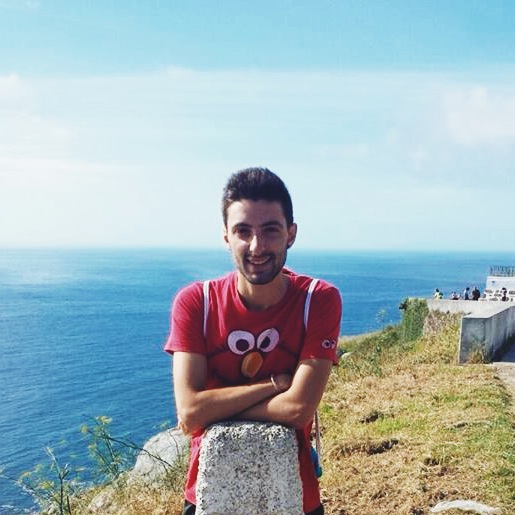 So in France they want to know what we think, but not in Spain. What problem does the media have in Spain? Maybe we bother them.

I got involved with Equo in the general elections in 2011. I began to hear about them so  a few months later I went to a meeting with the youth of with Equo Joven, and I really liked this environment, so I began to participate. Only a little bit, but with time I’ve seen that it’s really necessary. It’s a green alternative. I began to get more and more involved and now here I am. Being surprised by European politics!

Everything is really new. The Greens have been there, divided and without a real reference over the years. So now that Equo has come in 2011 at the end you have something more organized. But when you talk to people about Equo its really tough to to talk about green things. They think flowers, birds… but no. We have a real program with an alternative ideology for the planet, all human beings and rest of the beings of the planet. Its rejection from the people when you mention the green word. We don’t appear much in the media, so we are working on that.

We have to improve that ourselves too, its we have to work on that. For example, now they have for the European Commission, Miguel Arias Canete,  a minister who was the candidate for the conservatives in Spain. He’s going to be the Director General for Energy and Climate Change and he had interests in an oil company. It’s crazy and the press in Spain, they don’t want to put in the newspapers what we think about it. But in France, Le Monde has mentioned Equo and our opinions. So in France they want to know what we think, but not in Spain. What problem does the media have in Spain? Maybe we bother them. It’s a personal opinion.

The energy policies. Because our government is going with oil, fracking and nuclear. They want to make the life of one nuclear plant Garoña even longer than its recommended. And renewable energies. It’s like when they [the government} are outside they are really outside are proud of the potential of Spain but when they are here they are against them. It was a title in The Guardian that “Spain is taxing the sun.” The government was taxing people who had bought a tax panel for their personal consumption and they wanted then to pay a tax for that after they had paid for the solar panel. It was really high tax. They want that people have to pay to the big electric companies.

What would the average person at home say about the Greens?

People think about us that we are an option but maybe that they don’t trust enough in us at this moment for the government. We are progressing in that way. Each day that goes that we are more of an option and we are more real for the people. We are going far but if we have to be a little slow, its okay. We know that we have some ideas that no other parties have. we are indispensable!

It’s really difficult! Maybe to my mother its easier. My family knows that I’m an activist for the Green Party of Spain and they support me. My mother she always said to me that you have to focus on your studies but I really like that you are an active person- but you must focus on your studies! They really like my initiative. My grandmother, its not for her. Politics, no, its not for her. It could be really tough. If she sees that I trust in whatever I’m doing, she supports me. I know that in my green adventure she would be supportive too.