The European Parliamentary elections are right around the corner, and throughout Europe parties are mobilising to campaign. How do young people see the green future of Europe? In this series you’ll meet political youth parties from all over the continent: from Spain to Slovenia. Today we are speaking to David Ling, vice chair of Grön Ungdom of Sweden and a candidate for the European Green Party in the European Parliament.

As vice-chair of the Swedish political youth party Grön Ungdom (in Engl. Young Greens) and a candidate for the European Green Party in the European Parliament (EP), David Ling knows all about the EU’s climate measures. David believes European cooperation provides many opportunities for implementing sustainable solutions. Measures that Grön Ungdom is in favour of include a more connected railway network throughout Europe, an enhanced emission trading system and a European climate law.

The climate law has already passed the Swedish Parliament, thanks to  Grön Ungdom’s mother party. Under this law, each Swedish government has to account for the measures they have taken to limit global warming to a maximum of two degrees Celsius, as set out in the Paris agreement. David also wants other EU member states to be held accountable for their efforts in reaching the goals agreed upon in the Paris agreement. In addition, he wants a sanction to be added to the EU climate law: if member states are doing less than promised, they would have to pay a climate fee.

Next to climate laws and regulation, Grön Ungdom emphasises human rights and democratic values. “I fear for a strong, racist group in the EP after the elections. As Greens we disagree with them on virtually every topic, from women’s rights to LGBTIQ+ rights.” David sees the European Green Party as one of the strongest opponents of the far-right movement, and so the party cannot afford to limit itself to being vocal only on climate issues. In the EP, for example, they work closely together with the Catalans to help restore democracy in separatist Catalonia.

Just as the topics that Grön Ungdom work on are diverse, so are the voters they aim to attract. Nowadays, Grön Ungdom presents itself as more welcoming than it has been in the past. David explains that this has been a conscious decision, since climate change is an issue that concerns everyone. “Unfortunately there has been the misconception that you should always ride your bike, recycle all your waste and have a vegetarian diet to be part of the green movement. This has been impairing our climate policy because in the end political change is about achieving critical mass. And if you want to get the masses behind you, you can’t have an elitist attitude. Everyone should feel welcome.”

The EU could learn a thing or two about attracting more diverse groups of persons, especially young people, David thinks. “One of our former MEPs, who was in his forties, was a part of the youth network of the EP. That shows how few young people are involved in the political process.” This is one of the reasons David is a great supporter of the climate marches and school strikes happening all around the continent. “If young people voice their concerns in all these different ways, it helps setting the agenda. Unfortunately though, I’m not yet convinced about their actual impact on EU policy-making.” Nonetheless, David has no doubt that mobilisation and organisation are the key to change. In line with the philosophy of Grön Ungdom, David is a strong believer in joining a movement rather than only recycling your waste. “The most important thing is to organise. Whether that means joining a youth wing of a political party, marching in a climate march or supporting Fridays for Future. Just meet other people, and talk to them about climate change and climate policy. That is how we will be heard and make the necessary changes.”

This text was collected by Aoife Flemming.

Disclaimer: The views and opinions expressed in this article are those of the authors and interviewees and do not necessarily reflect the editorial stance of the Ecosprinter nor the positions of FYEG. 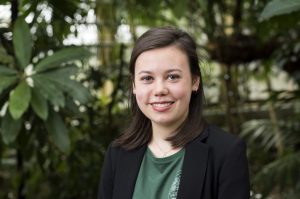 Aoife Fleming is a law student at Leiden University in the Netherlands. Through her work for the Green Office, and a project focussed on sustainability in legal education Aoife aims to have an impact on the world around her.