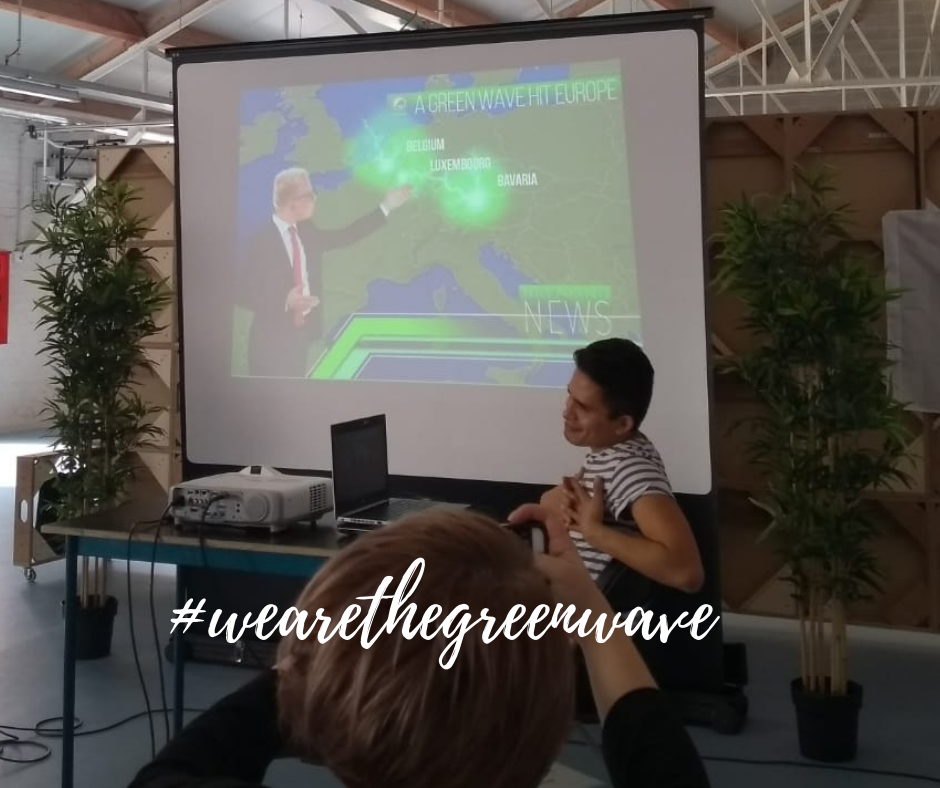 Katri Ylinen, the Federation of Young European Greens’ (FYEG) co-spokesperson describes these victories as a “changemaking moment”, a real “momentum” in Europe and European politics.

According to Teo Comet, secretary general of FYEG, this green wave could be a response to the far right or to other kinds of conservative movements and their “shocking statements and actions that instrumentalize people, the refugees, homeless people and are putting in place inhumane policies”. People are choosing to use their vote as a way to act and make a change towards the type of society they want. According to him, the green vote begins to be seen as a coherent “alternative” to the “business as usual” way of doing politics.

In fact, he underlines that, since the beginning of the European project, three parties have been dominating the European political spectrum: the liberals, the conservatives and the social democrats. They weren’t able to respond to the changes happening in our societies and, consequently, people are now increasingly unsatisfied with these “shiny faces” promising concrete and efficient changes the Macron’s way but still profoundly enrolled in the destructive “business as usual” paradigm.

According to him, that’s why people throughout Europe are rising for “ambitious climate policies and climate justice, a just transition, a carbon neutral society based on open, welcoming and socially connected societies, where people don’t have to be afraid to be attacked by neo-nazi groups because they look a certain way, where women don’t have to be afraid of being harassed and have the right to dispose of their own bodies, where queer people can walk alone in the streets and hold each other’s hands, without being afraid to suffer any kind of abuse.” He also highlights that they want a society that can tackle the problems of the labor market and the fourth industrial revolution, that young people are so afraid about, because of its “insecurities”, and its unwelcoming and exhausting requirements of “flexibility”. People are rising to create a “different kind of society”.

Katri thinks that people realized that the far-right was never going to deliver and wasn’t trustworthy. Therefore, we are now the only “sustainable option” and the only ones to propose a real “alternative vision”.

On the other hand, Kim, the former FYEG’s co-spokesperson, highlights “in some cases, some politicians were re-elected which means that people were satisfied with the work of the greens at a local level”. Consequently, it offers positive perspectives for the European election. It’s a real “kick-off” in Katri’s words, who also adds “we have a very responsible way of doing politics. We are delivering and we stick to our promises when we are given the responsibilities. We don’t turn our backs as easily as other parties.”

Both Katri and Kim underline that this green wave could have a snowball effect. The fact that more people are voting for the greens will attract more people to vote for the greens and it particularly will affect the borders. Katri thinks it’s very positive because some media and political magazines no longer see us as a marginal party, even The Guardian referred to us a “the adults in the room”.

However, Kim prefers to be cautious and reminds us that we have to be clear about what are our values, in order to stay true to our green identity, particularly as becoming bigger and stronger also means negotiating and doing compromises.

On the contrary, Teo is more confident about the future. The Green Party is more than ready and willing to grow. “With the youth wings of the Green Parties throughout Europe and with FYEG, we have been building up capacities to manage a situation in which we would get the responsibility that we have been claiming to get and I think we are ready.”

At the end of the day, this green wave shows us that we are at the verge of a historical moment in politics because it shows that people, and especially the youth, are willing for a change. Teo underlines that throughout history when people decided to take their future in their own hands, it has been at the basis of many social progresses. Young people have a particular role to play in this green wave and the polls from last week are clearly showing it. A big part of the people who voted for the greens were young.

And that’s true, we want to have a say in the construction of the future we are going to live in: we are not going to give up, WE ARE THE GREEN WAVE, and our water will run everywhere !

The Ecosprinter Editorial Board

PS: Not because, but against climate change.