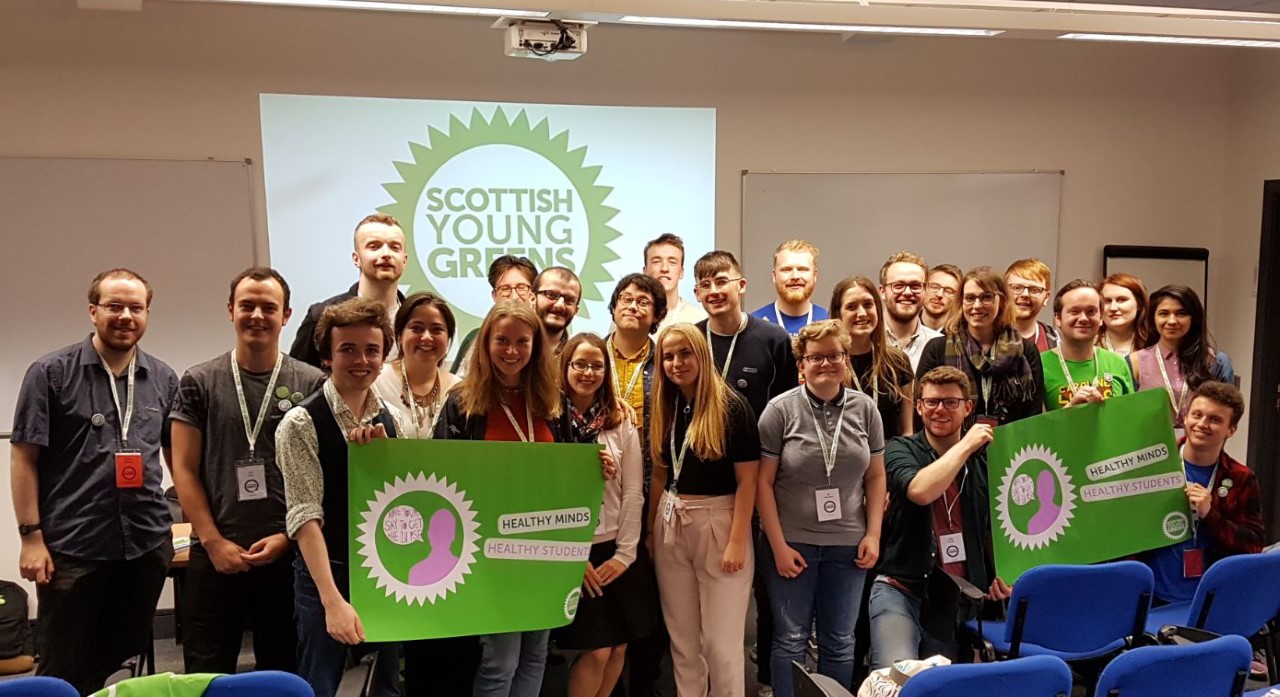 It’s an important issue at any time, but right now education is the hot political topic in Scotland. The First Minister Nicola Sturgeon has made education her government’s number one priority. Their aim is to close the “attainment gap”, the difference between how well students from the wealthiest backgrounds do at school compared with students from the poorest. Most of the focus so far has been on how schools are run, with some voices raising the issue of funding. But there was something big missing from the debate until recently – how learning is affected by mental health.

A leading mental health charity, the Scottish Association for Mental Health (SAMH), estimates that three students in every classroom will have experienced mental health issues by the time they are 16. They also found that two thirds of teachers felt they lacked training in how to support their student’s mental health. Combined with a BBC investigation that found half of Scotland’s local councils don’t have on-site counsellors in any of their schools, there’s a worrying lack of support available for young people during their education. This can have a deeply negative effect on their attainment.

The work that Green Member of the Scottish Parliament (MSP) Ross Greer has been doing on the parliament’s education committee has given us a big opportunity. Ross, the youngest MSP ever elected, successfully put a review of Personal and Social Education (PSE) on parliament’s agenda. PSE is supposed to teach students essential life skills, including about health, relationships and citizenship, but many students feel it is outdated and doesn’t cover everything they need. We decided to make a promise to provide high quality mental health as part of PSE the focus of our first ever national campaign; Healthy Minds, Healthy Students.

The first step in launching our campaign was to ask our own members about their experiences at school. We had a whole load of responses, almost all of them telling a similar story – about having suffered from poor mental health in school, getting no support, and struggling to do well in class as a result. Only one or two had been given proper support, and believed they couldn’t have managed without it. These stories have gone on to become an important part of our campaign, to show the effects on real young people of not providing the right mental health support in our schools.

Since officially launching our campaign at our Autumn Conference, we’ve been busy gathering support for our campaign. We’ve been asking people to submit letters of support that Ross will give to the Ministers for Education and Mental Health. Local Young Green groups in Edinburgh and Glasgow have held public meetings to raise awareness of the issues involved. And our campaign has won the backing of Barnardo’s Scotland, the biggest children’s charity in the country. We’re hopeful that our hard work will pay off, and we can ensure every young person in Scotland has the support for their mental health that they need to do well at school.

Allan Faulds is Elections & Campaigns Officer for the Scottish Young Greens.
You can find more information on their campaign here.

This article is the first in a series of articles on Mental Health.