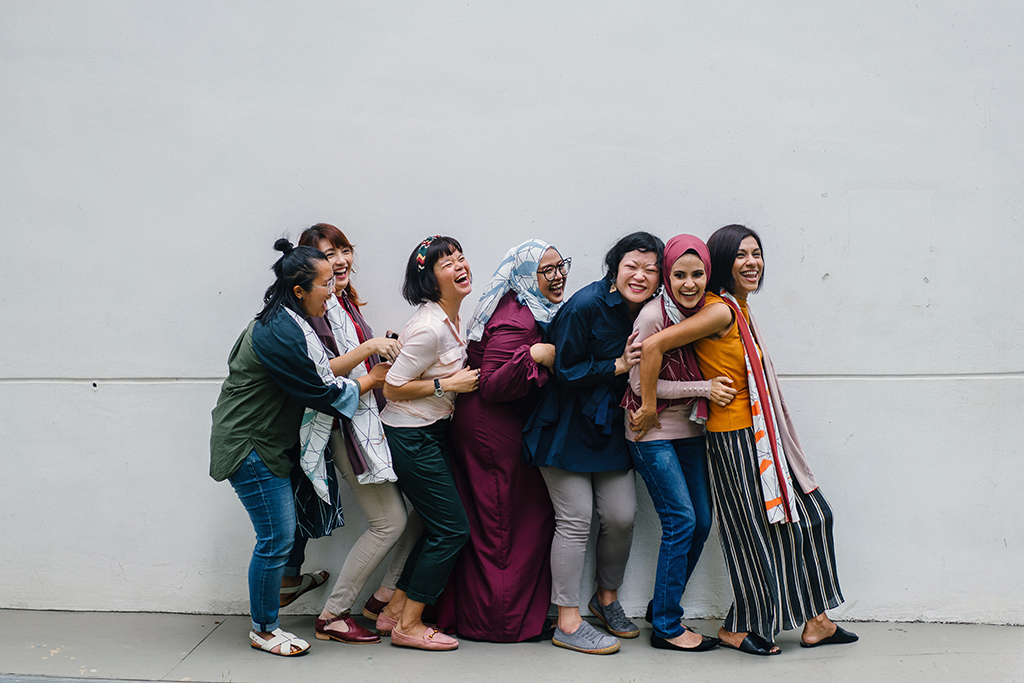 Sanjana chatted on the phone with Priya Koria, co-founder of Hindu Climate Action, a UK-based movement that aims to use Hindu scripture to raise awareness about climate change, inspire the Hindu community to go green, and to make climate change more accessible to the UK Hindu community.

All are part of this world, are abodes of God! Leaving them and thus protecting (yourself), do not desire the wealth of anyone!’ – īśopaniṣad1

After an unprecedented year of crisis and change, each and every one of us has been forced to confront the realities of a system that has been underfunded, relies on excessive consumption, and exploitation. The pandemic, of course, has been at the forefront of our minds for the majority of the year but 2020 has also revealed the pressing climate emergency that is at our tails. The planet is at a turning point and so are we. When we rebuild, how do we ensure we include everyone on our planet, both people and the breath of life that shares this world with us? And how can we uplift and inspire all communities to take action? I asked Priya Koria, whose work with the Hindu community tackles some of these questions, to tell me more about why making the climate movement more inclusive to the Hindu movement was so important to her.

First, I asked Priya if she could tell me a little bit more about the work she is doing to encourage the Hindu community to go green and to be part of building a better future.

There is power in numbers. The immense impact of the school strikes led by Greta Thunberg showcases this clearly, and so a just way forward must focus on inspiring and including influential communities to get involved in collective action. Just as  youth can be powerful when mobilised, Hindus could add real power to the climate movement, with 817,000 Hindus in England and Wales alone according to the 2011 census. Yet, Priya highlighted that “climate information isn’t often tailored to Hindus or South Asians even though our scriptures encourage a lifestyle that is inherently environmental. Hindu principles such as dharma (righteousness), ahimsa (non-harm) and Karuna (compassion) all encompass living in balance with nature.” Through Hindu Climate Action, Priya hopes to reconnect Hindus to the spiritual roots of environmentalism and make the climate movement more open to them.

“Climate information isn’t often tailored to Hindus or South Asians even though our scriptures encourage a lifestyle that is inherently environmental. Hindu principles such as dharma (righteousness), ahimsa (non-harm) and Karuna (compassion) all encompass living in balance with nature.”

Building on this, I asked Priya how Vedic spiritual knowledge can help our approach to the climate crisis and why it is important that it is not overlooked?2

‘And that determination by which one holds fast to fruitive result in religion, economic development and sense gratification is of the nature of passion, O Arjuna.’ Bhagavad Gita, 18.343

While it might be easy to overlook these ideas in favour of a simple approach with consistent scientific methodology to inspire people, Priya highlights the virtues of a more intersectional approach. Spiritual science or modern science; they  both dictate the same idea that we need to ensure we take good care of our planet but are just different ways of communicating it. If framing Vedic scriptures in an environmental context can help South Asian communities recognise the importance of conscious consumerism and environmentally friendly worship and encourage them to start to incorporate it into their ideas of a dharmic life, we could have a whole host of people taking a step in the right direction and contributing significantly to achieving our climate targets.

Even though it only started in July 2020, Hindu Climate Action (HCA) has already made great progress in its outreach and activism work within Hindu communities, having already run 16 talks and workshops with mandirs and other religious organisations about the Climate Crisis and action that can be taken. In addition, they have launched an ‘In Conversation With’ campaign and the first event managed to get over 1.8k views!

Given the great momentum that the movement has got, I asked Priya where she saw HCA going in the future and what plans she had for the upcoming year.

Priya hopes that she will be able to expand the conversations that she has already started into the next year with plans to hold events with Greenpeace as well as with other Hindu climate organisations and activists:

“We hope that through showcasing these community members who are involved in the movement and are taking action, that more and more people will feel inspired to fight for this important cause.”

Hindu Climate Action also has plans to create a resource bank that will act as a go-to for Hindu dharma and climate content, including a guide to celebrating festivals with a smaller carbon footprint and resources available in different South Asian languages to further improve accessibility to the climate movement.

Finally, I asked Priya how Hindu Climate Action can help us navigate a post-Covid future that works for people and the planet. She answered:

“During lockdown we have seen a decrease in carbon emissions and some improvements to the general climate situation. Tellingly, this has been due to a decline in human activity showing how much of the work we, as humans, have to put in to save our planet. Dharma tells us to work towards a future which contributes to a peaceful and harmonious world. We must therefore adopt a green recovery by investing in renewable energy infrastructure and sustainable farming, we can create a sustainable future for all living beings.”

Further, the principle of sewa (selfless service) can help us consider ways in which to help people adversely affected by this pandemic to recover. Volunteering to work with the homeless, advocating for refugee and minority rights, and fighting for a future where everyone is able access their basic needs and work in harmonious and good conditions should be some of the main priorities for Hindu practitioners. Now, more than ever, the world needs us to consider how we can move forward collectively and globally to live and work in a better way. Now, more than ever, we need to recognise that a just future requires the consideration of both modern science and pre-colonial cultural and indigenous practices to build and communicate this future.

Sanjana is a second year English Literature student at the University of Bristol and an aspiring journalist. Her writing interests include climate change, inclusivity, and the arts. She is also a member of the UK Green Party and works with the Greens of Colour Social Media Team.

Priya Koria is a final year master’s student reading Chemistry at the University of Bristol. Passionate about working with the community and making information accessible for everyone, she joined a group of like-minded individuals and co-founded Hindu Climate Action. She is in charge of HCAs online strategy and uses multiple platforms to raise awareness of HCAs work, further using these platforms and the “In Conversation With…” series to raise awareness about climate issues.