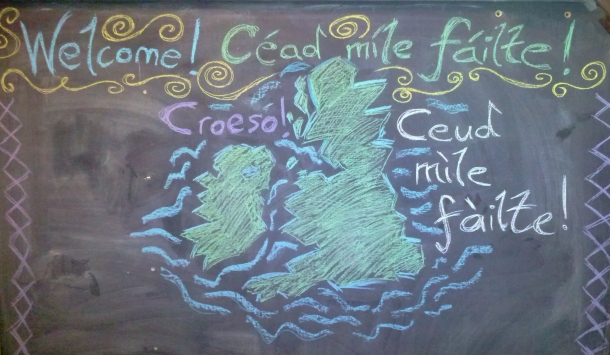 This July England, Ireland, Scotland and Wales organised their first ever ‘Inter­Isles’ Summer Gathering in conjunction with GEF and FYEG. We gathered for 5 days in Gloucester (England), bringing together 80 Young Greens from England, Ireland, Northern Ireland, Scotland and Wales to discuss European, UK and Irish politics, and to get training in campaigning and more. Following the camp, Kerrie Milford, one of the participants, gave us her point of view:

As petty political squabbles flared into another summer of 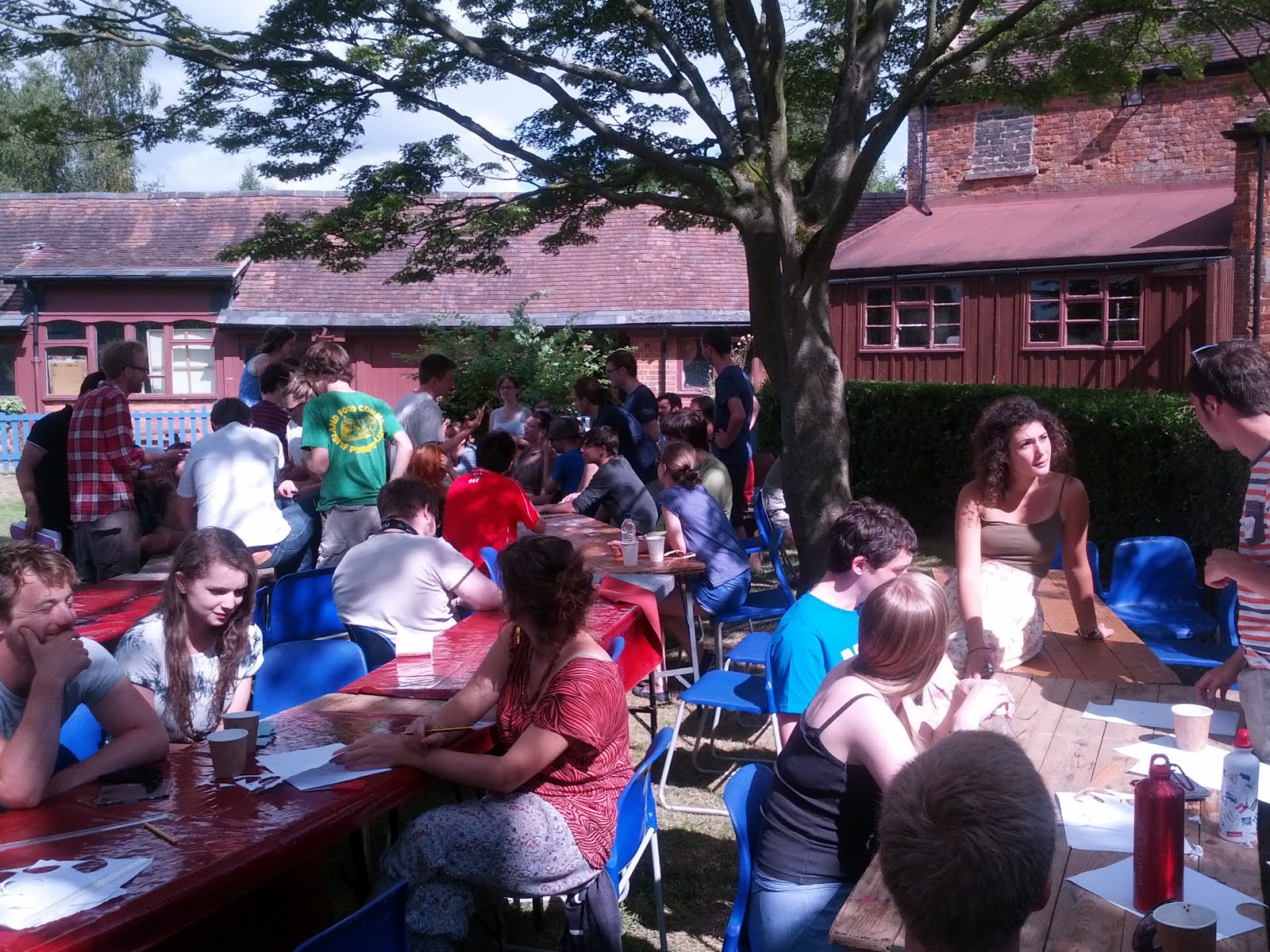 violence in Northern Ireland, I arrived at this year’s Young Greens Inter­Isles gathering frustrated by our insular politics and with a slight sense of despair. Everyone acknowledged the recent progress, which had been made in healing deep­rooted sectarian division and the general feeling of hope for the future had taken a turn for the worse.

From my perspective, the timing of the summer camp therefore couldn’t have been better – and not just because of the great weather! The camp created a very unique political space where young people from communities across the UK and Ireland were able to forge a common Green political identity and transcend the divisive nationalistic politics, which this year once again manifested in the form of violence on the streets of Belfast. At the camp there was a positive emphasis on the global nature of the Green family and I found it incredibly refreshing to meet, work and forge links with such a cosmopolitan group of young people. 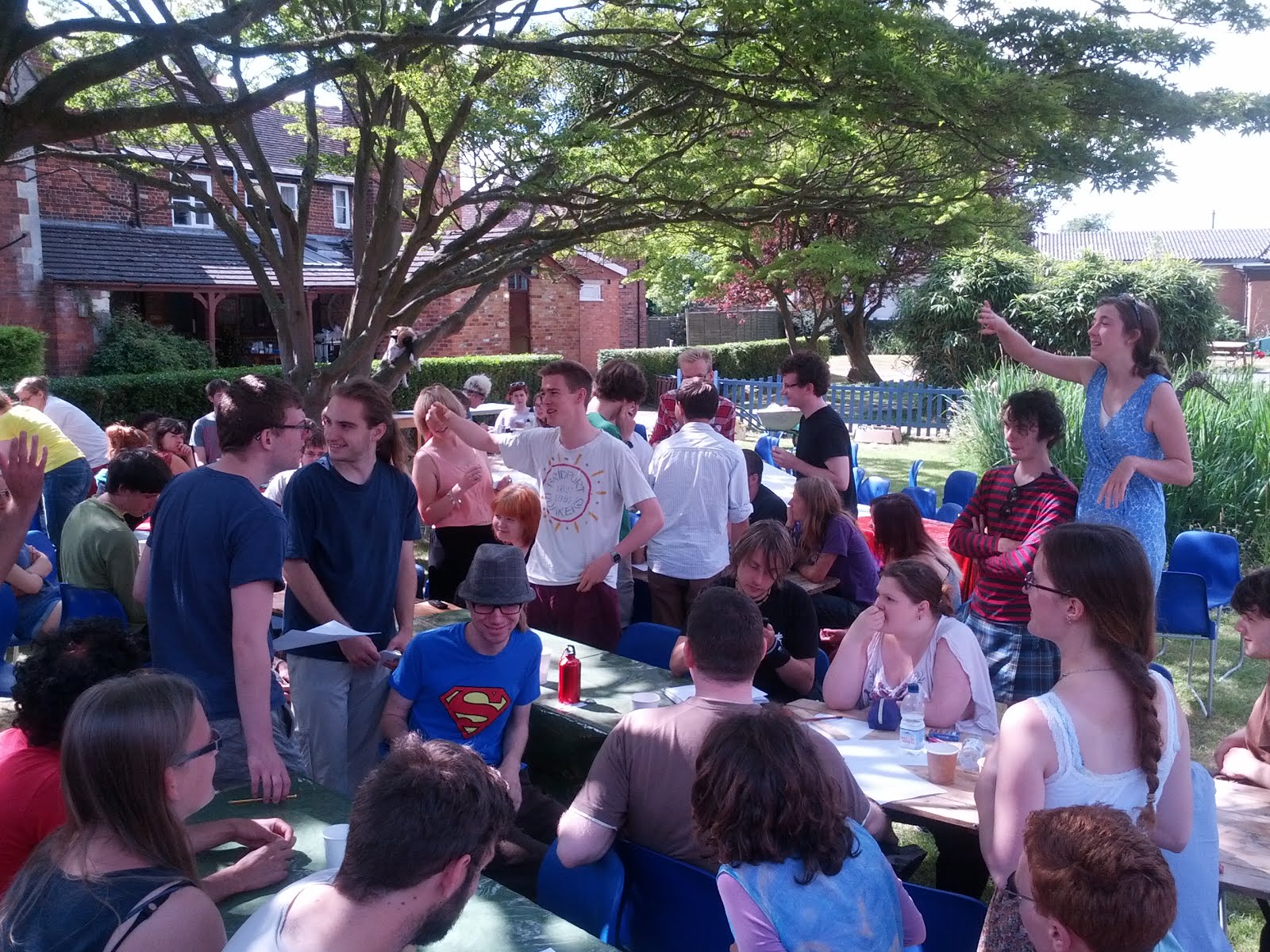 I also thoroughly enjoyed the content of the camp. The talks from MEP’s Ska Keller and Jean Lambert provided an excellent overview of green policies within the EU and a refresher course on how the institutions actually work. It was also encouraging to see a high degree of female involvement at all levels and the general degree of confidence, especially in the younger attendees when participating in debates. We all became well versed in the hand signals of the Occupy movement, with appropriate use of ‘direct point’ seemingly being hardest to grasp (ahem!).

Although most people will already be aware of European citizenship in terms of right to free movement and residence, the inevitable benefits of promoting this concept in a wider sense of identity was reaffirmed to me, in ‘the fight against racism, xenophobia and intolerance but also cohesion and the development of democracy’ as set out by the Education as a Method for a Citizens’ Europe project. There was unanimous praise for the lecture on fracking, obviously a hot topic at present and it has been great to see follow up action being organised through social media for Young Greens to stand in solidarity with the people of Balcombe. Increasing voter turnout at these elections was another one of the issues addressed during brain storming sessions and with ideas as diverse as European­wide Xbox tournaments I have faith the Young Greens will play their part! 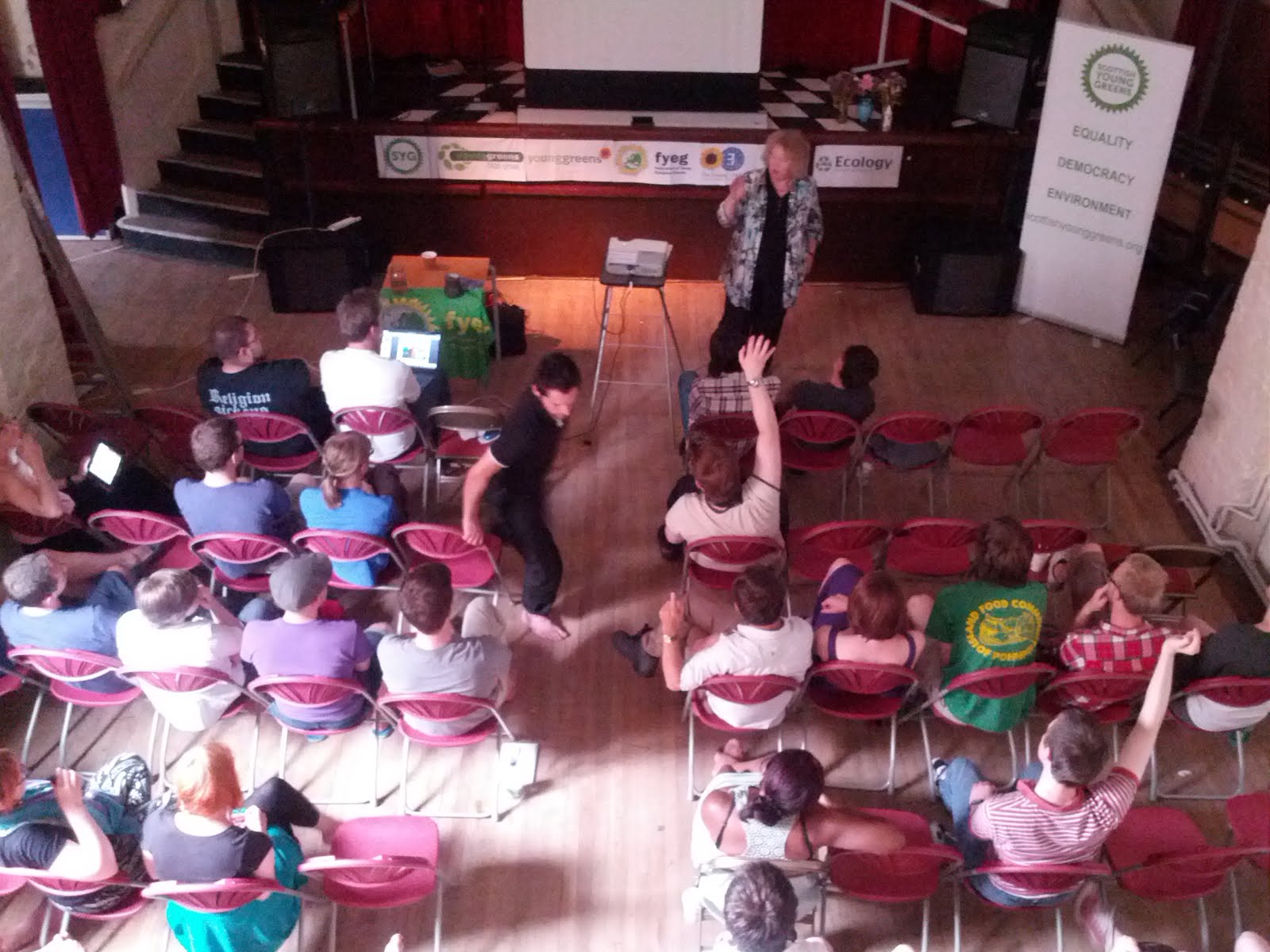 When applying to attend the Inter­Isles Young Greens Summer Gathering, I hoped that I would leave with a greater sense of solidarity with my counterparts from the UK and Ireland. However, with a strong presence from European students based in the UK and representatives of FYEG also in attendance, I left feeling like a truly European citizen for the first time. I am now looking forward to encouraging people in Northern Ireland to think beyond their narrow borders by voting Green for our own Young Green Ross Brown’s election to European Parliament next year and to generally spreading the positivity of my experience at the summer camp and my enhanced knowledge to other Young Greens at home.

All being well I hope next year that the Inter­Isles gathering can reconvene to allow us to build on this year’s success and to give more young people an opportunity to share in this experience.