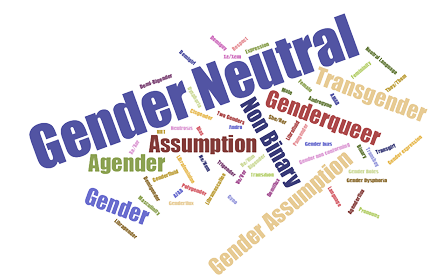 Inclusive language is important nowadays to support equality, especially regarding equality for women. There is just one problem: It is not inclusive regarding the GSRM-Community (Gender, Sexual and Romantic Minorities).

At the age of 12 I began to question my sexual and romantic orientation. I just knew I wasn’t straight. I acknowledged that and moved on as a queer cisgender male. A few years later I was questioning something else, which was my gender. After some thoughts I realised that I am a Non-Binary Agender person. I then fully considered myself as part of the LGBTIAQ+ community, or to shorten it, the GSRM-Community. But with that said, I began to struggle with something else, which was Inclusive language.

Currently inclusive language as we know it evolves and expands, especially in the German language with the so-called “Binnen-I”, which is used to make a male-dominated term gender-neutral towards the binary genders. It supports equality between the two major sexes, male and female.

Yet there is one problem: our so-called “inclusive” language is not inclusive by any means. We have to be aware that inclusive language has to include everyone, even people who do not consider themselves male or female.

Our current inclusive language excludes people with different Genders, such as Non-Binary, Agender, Demigender and Genderqueer people. By saying “guys and girls” we are excluding and, if we go even further, hurting people who don’t identify with the binary genders. By using binary pronouns, we tear down the foundation of neutral language the GSRM-Community has been building up for years now.

Since the term LGBT is not including enough on its own, it got a lot of extensions the last years, for example by the letters Q, I and A. However, extending an abbreviation is not the best way to make the term more inclusive and still recognisable. Which is why there is a pretty big movement within the community. This movement is in favour of using the term GSRM instead of LGBTIAQ+*.

GSRM is an abbreviation for Gender, Sexual and Romantic Minorities. As you can see, the benefits of the term are both the abbreviation and the inclusion of every person who is not heterosexual and cisgender.

Why do we have to include people outside the binary spectrum?

If we take a look at our society, the goal of human interactions is to harmonise and strengthen humanity as a community. Since we all differ, we need to interact so we can understand each other. But we can only understand and listen to each other if we communicate in a respectful way.

If we now take a gander at inclusive language, there is a severe lack of respectful communication, especially regarding pronouns and male-dominated words. In the 1960s, the Second Wave Feminist movement realised the gender bias in language and changed our way of communication by converting male-dominated words to equal terms. And by severely decimating gender-bias in language. Currently, the Queer-Feminist movement tries to even expand equalisation to completely new levels. The goal of the Queer-Feminist movement is to change the English language from a binary language to a gender-neutral and respectful language.

Gender neutral words and sentences are including more people who are not fitting into the binary spectrum. And it prevents one thing from happening: misgendering.

Currently we try not to misgender people, especially trans-persons within the binary spectrum, but everything apart from that gets little to no attention. It is misgendering if you use terms such as lads, guys and so on. Misgendering can happen of course but we should be aware of the fact that we could not only potentially misgender people within the binary gender, but also people outside of the binary spectrum. Gender neutral terms do make a difference.

What needs to be done?

Currently the English language tries to focus on binary inclusive language but forgets about people who do not identify with a binary gender. Hence the next goal has to be Gender Neutrality, which is the highest form of inclusive language. The first thing would be to refer to a person with they/them pronouns instead of the common binary pronouns.

The second thing would be the use of terms if you are referring to a group of people. Instead of terms like fellas, guys and lads, use something inclusive like folks, folx (more Enbie-friendly) or peeps (abbreviation for “people”). From a linguistic point of view, terms such as guys or lads are technically meant to address people which are male only.

The third goal would be the elimination of word-domination by society. Society still thinks that, for example, a hairdresser is predominantly female, which is an erroneous assumption. Hence the goal is to neutralise those words in society so that gender assumption also gets neutralised.

To conclude, we can say that the way of communication in terms of gender-bias has changed dramatically through the years, especially during the 1960s and since the Queer-Feminist movement. Yet, a lot still must be done to completely eradicate gender-bias in language, in order to build up a more respectful way of communication: Gender neutral language. 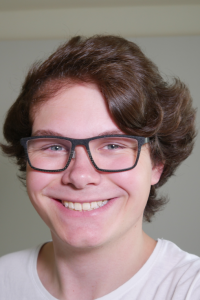 I was born in Vienna in 1999. I am into tech stuff and social Justice. What I dislike is right-wing populism and “Last Christmas” by “Wham!” because it is constantly played during the Christmas season.