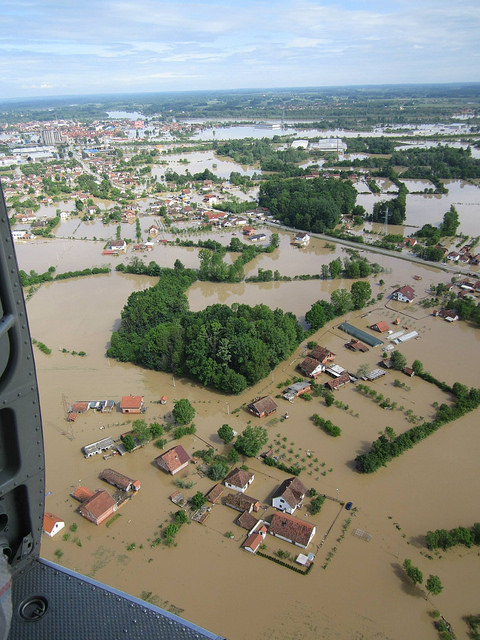 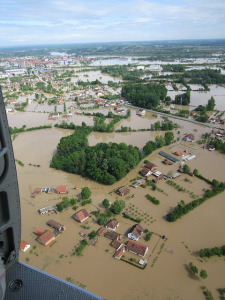 The Situation in Bosnia is getting worse and worse every day, damage from the floods had been estimated to go as far as 5 billion euros and the crisis is not over yet. During the floods, the areas which were worst affected are the biggest cantons in Bosnia, and around 920,000 people have been evacuated. Now they are living in school gyms in neighbouring cities and municipalities desperately waiting for help. Considering the deaths, there has been a lot of censorship by the media and local authorities, so correct numbers aren’t yet shared with the public. This has been biggest flood in the past 120 years.

Even though the level of water has been decreasing, the consequences are only just appearing. Two of the biggest fears of ”what will happen after the flood” are disease and land mines that have been disturbed due to the many landslides all over the country. Diseases are considered as the main possible terrifying outcome, since there is lot of moisture still, and also the corpses of dead animals. Anthrax and typhus are the two most feared diseases that may appear after this flood. Also, there could well be invasions of rats harbouring plague and pestilence. To make the situation even worse, we don’t have the medicines needed to treat such diseases.

All of this is bringing back one terrible memory from Bosnia’s troubled past, the war. The situation is quite similar, since there are a lot of deaths. Different stakeholders who are supposed to help us are now only concerned with profits: big shops are increasing water and milk prices to a ridiculous extent, since all the tap water is now poisoned. Bottled water used to be 50 cents and now the price has gone up to 3 euros depending on the need in stricken areas and the refugee numbers.

When it comes to providing help, the government has failed – as always – and the burden was left on the shoulders of citizens that had more luck and hadn’t been affected by the rain. The only help that came from one of the parties in power, called the Party of Democratic Action (SDA), has been a convoy full of t-shirts with their name and logos on them. Volunteers threw these clothes away as a sign that no political propaganda should be allowed in desperate times like these. Everybody greeted that decision. Also, everybody has been very skeptical towards the Red Cross, since they failed during the war, by stealing donations and re-selling them at ridiculous prices.

But, in light of all of this is solidarity from fellow citizens has been remarkable. In every city there are many places in which food and other necessities are being gathered and sent to different refugee camps all over the state. Also there are organized cleanings in cities where water level is decreased.

The future of Bosnia-Herzegovina is very unpredictable, some cities are just expecting to be flooded, and we realise that this damage is not only short term. A lot people’s homes were and will be destroyed, and only with outside help will there be enough resources to replace what can be replaced in the material sense.

For news minute by minute you can read twitter posts under hastags #BosniaFloods ;#BosniaNeedsHelp ; #Bosnia. If you are interested in donating money to the cause, please do so here.