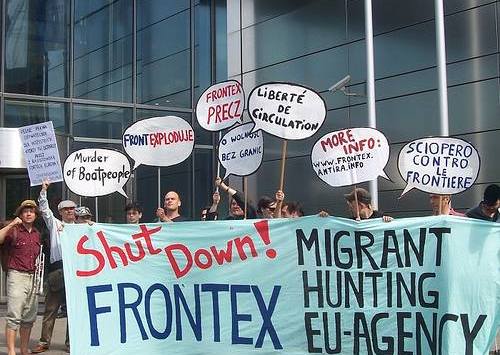 At our national level, the migrants situation is relatively complicated and is not going in the right direction. Switzerland is becoming a more xenophobic country due to many referendums launched by an extreme right political party. Our government and parliament are always defending the Swiss humanitarian tradition and the Geneva Conventions. But at the same time they are deteriorating the migrants rights and complicating the access to the Swiss nationality.

On the other side, we have a young generation who is very active in the defence of the migrants at a political and associative level. The Swiss young greens are part of this movement since a few years. Last year, we launched a referendum against the inhumane modification of the Swiss asylum law with some migrants rights defender organisations. Unfortunately the Swiss people rejected our referendum and confirmed the decision of our parliament. But this was only the beginning of our engagement and we are now considered as one of the Swiss political party the most active in the defense of the migrants rights. We are now leading a « Guerilla mail » action against the Swiss participation to the Frontex program. Our goal is to bring a national debate about EuroSur, Frontex and all this security and repression tools at the borders of our continent.

The Swiss Young Greens are convinced that we have to reform the asylum and immigration laws through the EU institutions with the involvement of all the European States. The current migration and asylum policies in Europe don’t want to consider one central point : migration is a fact. Building a fortress in Europe will not help to solve any problems. Even the best security and military tools won’t prevent people fleeing from danger and poverty. Migration is a right.

A new Europe has born two decades ago when the Berlin Wall felt down. The ecologists do not want walls anymore, nobody is illegal !

Link to the Frontex action :

You can find this article also on the blog of the FYEG Working Group on Migration, Culture and Identity, in following this link.