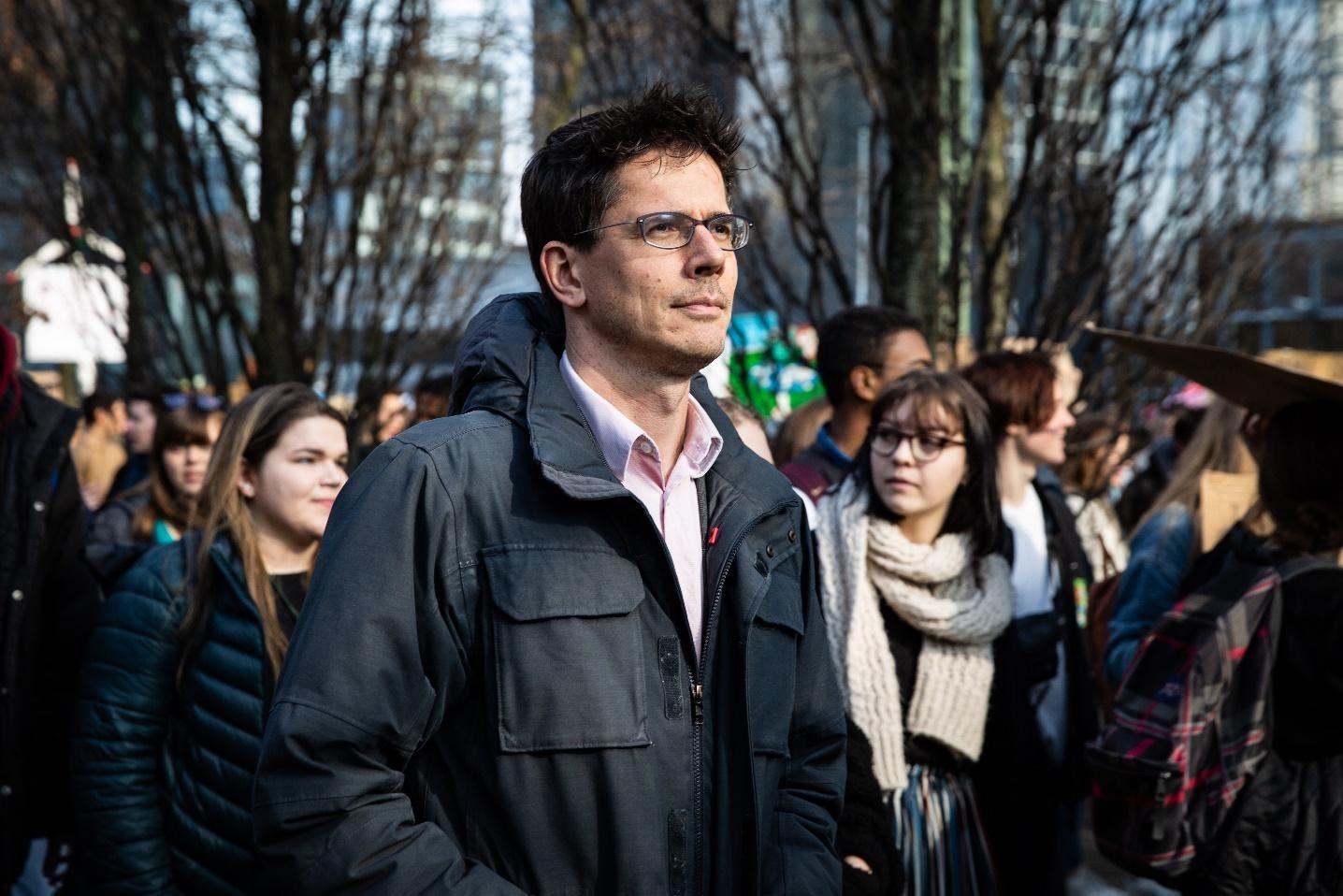 Bas Eickhout is a Member of the European Parliament for the Greens since 2009. Currently, he is the deputy chairman of the Greens–European Free Alliance group, as well as the vice-chair of the Committee on the Environment, Public Health and Food Safety, and a member of the Delegation for relations with the People’s Republic of China.

Besides your strong passion for protection of the environment, as well as your commitment to fight climate change, what makes you a Green?

I think this description already covers it quite well. This Green mindset already started when I was young: I always had a fascination for species that were threatened with extinction. When I was young I wanted to join an organisation like Greenpeace to get into rubber boats to save whales. Nowadays, probably hiking in the mountains and how I enjoy nature are something that would describe me as Green.

It wasn’t always my plan to go into (European) politics, this was born out of the frustration of the inability of politicians to take action.

You hold a degree in chemistry and environmental science and, straight after your studies, you worked as a researcher in this field for different institutes. Could you please explain how you moved from a scientific path to a more political career? Have you always wished to become active at the European level?

When working for different scientific institutes, I noticed that policymakers were doing too little with all the knowledge they had about climate change and sustainability. To change that, I decided to do it myself to try to change policies for the good. It wasn’t always my plan to go into (European) politics, this was born out of the frustration of the inability of politicians to take action.

During the last European Parliament elections, you were one of two leading candidates of the European Greens for the EC presidency, but in the end, the Spitzenkandidaten system failed. Could you please express your opinion on the matter? Do you think this process will be restored for the next European Parliament elections? What is your concrete plan to make the EC presidency more democratic?

The Spitzenkandidaten system ended up being a disappointing political game of Heads of State behind closed doors. When you promise that the president of the Commission would be one of the Spitzendandidaten, you need to make sure that this will happen – these political games are detrimental for trust in the EU as a whole. I think the Spitzenkandiadten process has shown to make the political debate around the European elections more European. It forced politicians to express their ambitions and it made the priorities of a new Commission more transparent and political. For the next elections, we need to have a commitment from the Council and Parliament to make sure that this time a good campaign will also be translated into a credible candidate for the Presidency of the Commission that is also already publicly campaigning on his or her priorities before the elections and not just being presented out of a dodgy political deal of Heads of State.

The most effective thing for solving the climate crisis is to adopt better policies and to hold the biggest polluters accountable for their emissions.

Italy has agreed on two measures to tackle climate emergency, or rather including a plastic tax in its 2020 budget and making sustainable development lessons compulsory in schools. At the practical level, what do you believe is the most effective way for a long-term strategy to stop global warming; educating civil society on the matter or developing different economical instruments?

The most effective thing for solving the climate crisis is to adopt better policies and to hold the biggest polluters accountable for their emissions. For example with an effective carbon tax, carbon trade system, or, indeed, a plastic tax.

Yes, everyone needs to contribute their fair share for a sustainable planet: eating less meat, turning down the heat, or traveling more consciously, this all works. But, most important is that we have policies that will make sure that the most sustainable option will be the default choice.

Currently, you are co-leading the European Greens together with Ska Keller. In the quality of the several roles you have, what would you like to say to the hundreds of thousands of young climate activists skipping classes to ask the new European Parliament and Commission for concrete answers? Could the European Green Deal be the right response?

All the young people who are striking and protesting for the climate have contributed to the fact that a Green Deal is now the central theme of the European Commission and the European recovery plan. This was unimaginable a few years ago. The Green Deal as presented is a plan, now we need to see the real actions and legislations that need to follow out of it. Potentially the Green Deal is the right response, but the nice words now need to be translated in real change.

Do you think it would be possible to combine a quick transition to carbon neutrality while creating more job opportunities for new generations to stop the problem of ‘brain drain’?

The simple answer is yes. The transition into a sustainable future will require many different high-tech jobs. However, we cannot close our eyes for the jobs that will be lost because of this necessary transition: the jobs that people now have, related to the fossil economy. We need to make sure that these workers are being supported to find jobs in a new sector when their jobs are lost.

Luca Arfini is a young public affairs and communications professional who strongly believes in the protection and promotion of European values. This is why, in his free time, he has conducted a variety of interviews with European leaders.