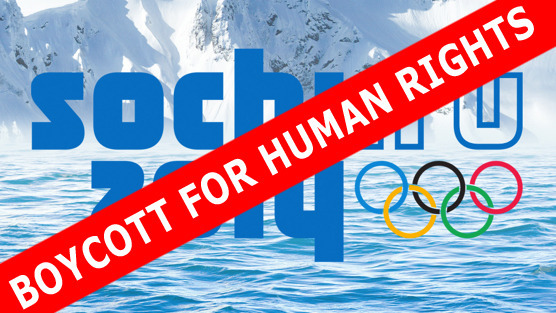 As the Sochi Winter Olympic games draws to a close, I am left wondering whether or not my protest was effective. I protested not only against Russia’s increasingly terrifying anti-LGBTQ legislation, but also against the decision to award a prominent international sporting event to a country that shows little or no respect for basic human rights.

My protest was nothing special. I wasn’t arrested in Sochi for holding a banner saying ‘Gay is OK’ (unlike Italian trans activist and former member of parliament Vladimir Luxuria. I didn’t perform a protest song in the street and get whipped for it (unlike members of the Russian feminist punk Pussy Riot .

I merely chose to boycott as much of the Winter Olympics as I possibly could. I deliberately avoided any media coverage concerning the games (not too hard if you don’t turn on your TV or radio!) and attempted to boycott as many companies sponsoring the games as possible (not so hard to avoid McDonalds or Coca Cola, but more difficult to manage without a Visa card, for example). I also told my friends and work colleagues what I was doing and why I was doing it.

How effective can a boycott ever be as a form of protest?

Previous Olympic boycotts, such as the one in Moscow in 1980, got the message of participants’ displeasure across but ultimately didn’t stop the events from going ahead, much like mine and other boycotts against the Sochi Olympics this year. Not all LGBTQ Russians even wanted people to boycott; the Russian LGBT Network, for example, argued that people engaging in the event would highlight injustice more effectively than if people stayed away.

On the other hand, becoming actively involved in the games seemed wrong to me. I felt as though if I watched the media coverage and bought the products that I would somehow be complicit in homophobia. I chose to boycott because my action made me feel that I was taking a stand (albeit a small one). I also feel that in the increasingly commercial world of international sports events, boycotting major sponsors and encouraging other people to do so as well, and getting people to complain to those sponsors, can be an effective way of making your displeasure felt: hit them in the wallet and then tell them why you’re doing it!

Russia is not the only country which has legislated for state-sanctioned homophobia and it is not the last country with such policies that will be hosting an international cultural event. Qatar, a country where homosexuality is illegal, is due to host the football World Cup in 2022. Russia is due to host the same tournament in 2018.
I believe that however we decide to protest, we have to make sure that we keep the pressure on countries which try to sanction homophobia. These types of international events bring global scrutiny to such countries and it is vital that we, as campaigners against prejudice and discrimination in all of its forms, use them to highlight the injustices that are being perpetrated and do all we can to prevent them from being perpetuated. 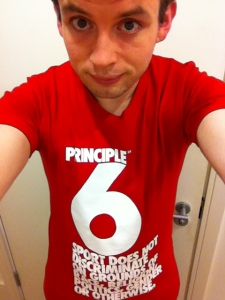