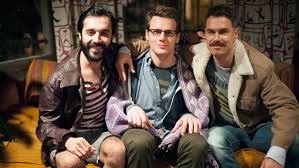 I loved the first episode of Looking, the new HBO series on lives of gay men living in San Francisco. I mean what is not loveable about a 20 min show full of guys making very mean jokes.

I am truly happy that now there is a show on gay men. Yeah we watched stories of gays, gay couples, even an engaged couple with a kid and a cat. But those couples were and are rather subtle than the characters of Looking. Those characters were more “heterosexual” in the sense that they were looking for or had long-term relationships, had good careers, were upper-middle class and never expressed any public display of affection.

Even though I don’t think Looking is going to air anything new, at least nothing different than homosexual version of Sex and the City, it will show everybody that gays are like just straight people: have casual sex if they want to, settle down when they want to, and cheat on their partners if they feel like it.

Indeed it is awesome that gay is so normal now we have the Sex and the City version of it. It is awesome that gays have laws that recognize sexual identities, enjoy anti-discrimination regulations, have their relationships recognized, form civil partnerships, get married, and have kids. It’s awesome that all the terror has passed.

It is awesome for white gays living in San Francisco.

And by white I don’t necessarily mean the race. I mean “socioeconomically speaking” those from the First World Countries that belong to upper-middle class. It is awesome for people living on the left hand side of the world map. But on the right hand side, gays are literally dying:

• In Russia, there is a law that bans “propaganda of nontraditional sexual relations”

• Last week in Azerbaijan a young gay man killed himself because “his country was so gray there was no place for him and his colors”,

• In Egypt gay people are being arrested,

• In South Africa lesbians are “being cured” with corrective rapes,

• In Nigeria gay people could get stoned to death

LGBT movement was and still is the biggest civil movement of my generation, the yuppies born in the 80s. It is mind blowing how much gay solidarity accomplished in so little time. Just the fight against AIDS and the community empowerment beneath, it proves the power of the gay commune.

There is still so much that needs to be done for equal rights for all. But I’m afraid now that the most powerful and the most successful, the white gays, are living happily ever after, they forgot the rest. They forgot that somewhere in the world people are beaten, raped, murdered because of their identities.

We should make rallies in the streets for all those who kill themselves because their world is so gray that they cannot paint it to a rainbow. We should hear them and make them heard. We should show them that they are not alone in this world and there is truly a place somewhere over the rainbow for everyone. 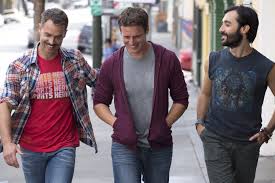