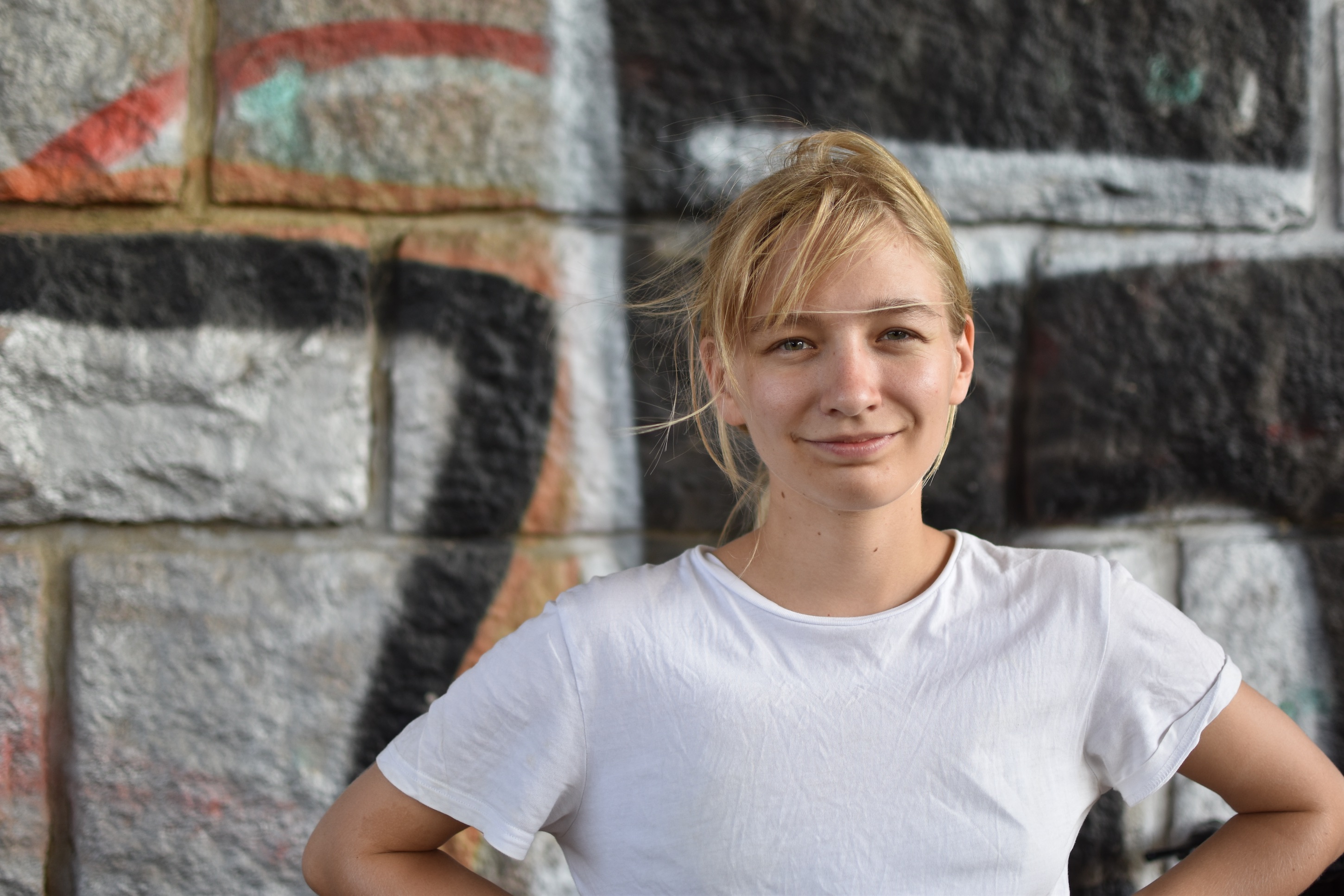 Interview with Lucie Hammecke (22), member of the state parliament of Saxony.

Lucie Hammecke is a member of the German Young Greens (Grüne Jugend) in Saxony, a state in the east of Germany, bordering Poland and the Czech Republic, with Dresden as its capital. During the state elections held on the 1st of September 2019, she got elected to the Landtag, the state parliament of Saxony, representing the German Green Party (Bündnis 90/Die Grünen). The Ecosprinter managed to catch her for an interview during her busy first weeks after the elections.

Could you tell us a bit about yourself and about why you decided to run for office with the Greens?

I am Lucie Hammecke, I’m 22 years old, and I am studying political science at Leipzig University. When I was first able to vote in the 2016 state elections in Saxony-Anhalt, the state where I am originally from, I was shocked by the big numbers AfD (Alternative für Deutschland, a far-right party in Germany) managed to achieve at the election. I felt I must do something about this, but I did not immediately join a political party. I decided to move to Saxony to study political science.

At the time the Greens were already quite strong in the west of Germany, but not so much in the east. I joined Grüne Jugend in Dresden, which consisted of only about 8 members at the time, who met every Tuesday. I got elected to the local board in January 2018. Then, last December, I was asked if I was interested in running for the state parliament during the coming elections.

You run at the heartland of AfD and xenophobic sentiment in Germany. Were there any hardships that you faced? What experiences do you wish you share?

I think the harshest was that I had people telling me that you and your party are the reason foreigners are coming into the country. We also got some criticisms for the decisions Greens made in government in the late 1990s and early 2000s – mainly for Germany’s participation in the Kosovo War and for putting in place a social welfare and labour market reform called Hartz IV, which turned out to be unfair and unjust.

But I think being a young girl helped a lot. It had the positive effect of men not attacking me so strongly, but that’s probably also because they were not taking me seriously.

The Greens achieved their best results ever in both Saxony and Brandenburg at these elections. In your opinion what contributed to the success of Greens and Grüne Jugend during these elections? The eastern states are usually hard turf for the Greens.

In the case of Grüne Jugend, I think it’s because we just speak to different generations in different ways. Young people see that the climate catastrophe is going to affect them, their children and their grandchildren. They see us Greens as the party fighting the climate crisis the longest, which makes us credible.

What were your main topics running?

My main topic was generational justice. I stand for young people, making sure that our voices are heard, that we are represented in the parliament and in decision making. And not only us, but also the generations that come after us. My message was that they also deserve to live well, not only to survive.

A focal point of this message was advocating for the possibility for people to be able to vote under 18 years of age.

My other message was tackling the climate crisis and the plastic crisis that is surrounding us.

And thirdly, feminism and girl power.

How did you reach your audience? What channels did you use to convey your message?

I was a candidate in one of the single-member constituencies in Dresden, so we had to campaign on the streets a lot. On social media I mostly used Instagram, because it is a lot of work and emotional labour to deal with all the mean comments you receive on Facebook.

Besides these I was on regional TV, where I really felt I managed to reach out beyond my Green bubble. I was on a show designed for young people, which helped deliver my message to those who haven’t heard of us before.

Who were the people you could rely on the most or who supported you the most? Did you have a campaign manager?

[Laughs] No, I didn’t have a campaign manager. The team was some random people on Telegram and I. Grüne Jugend, of course, gave me a lot of support – they helped organise every single campaign event that I appeared at, which took a great amount of burden off my shoulders.

Many people from the party backed me as well. And I am really thankful to my family for supporting me in this, and for looking after my dog while I couldn’t.

Do you have any advice for young greens running for office?

Yes! When you are planning your campaigning, please plan one or two days for resting – sleeping in, doing your social media, relaxing, taking time off. That way you will have much more energy to be out there and give the best that you have.

Do you already know what you are going to work on in the Landtag (state parliament)? Do you know what committees you will be sitting in?

(Above: the first meeting of the parliamentary group of the Greens taking place)

Do you have any concrete goals you want to achieve during your mandate?

I was asked that question before, but it is hard to say yet, because we don’t know what the government will look like, if we’re going to be in it or not, and what will be possible under the next term.

What I can certainly say is that I want to feel that I did all I could and according to my best knowledge when my mandate ends. Then I would feel satisfied.

What are your expectations regarding the government? Is there anything you can share?

Coalition talks are not decided at all for the moment. The Greens will likely talk to the SPD (the Social Democratic Party of Germany) and to the CDU (the Christian Democratic Union of Germany), but everything else is still uncertain.