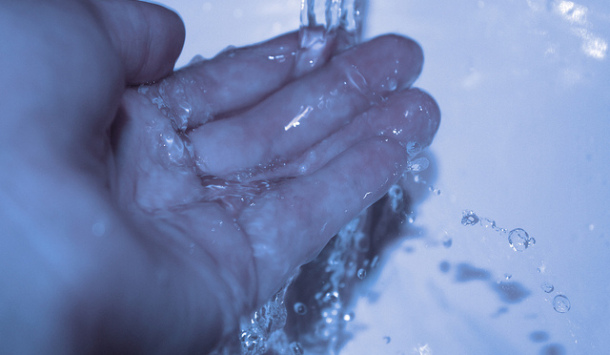 In many regions of the world, particularly in arid areas, groundwater is essential for life. However, during the last years we can see a continuing overuse of groundwater basins by private companies. This has dramatic consequences for local inhabitants: deteriorating groundwater levels render pumping of fresh water energy-intensive and therefore unecological. Furthermore, the firms involved pollute the remaining groundwaters during exploitation, making it undrinkable. You can see a well-made summary of these problems in the documentary “Bottled Life”, which can be found on Youtube.

The importance of groundwater for human development forces us to use the resources, which have not already been destroyed, in the most sustainable way possible. Economists for a long time have discussed the only two solutions to this issue: Privatisation or regulation by a centralized government. For a few years now, however, experts start to discuss a third way, the “Commoning”. The idea of ‘commons’ describes the self-organized creation of rules for the management of common-pool resources like water. Commons are thus not the resources themselves, but the institutions made to regulate them in interaction with the users of the resource. I will visualize this very abstract definition in this article by describing an example for successfull commoning, which Elinor Ostrom mentions as a prototype for functioning self-organization in her book “Governing the Commons“. A book, for which Ostrom received the nobel prize in economics in 2009. She was the first woman to ever receive this honour. At the end of my article, I will evaluate the political implications of her work for us as young greens.

The “West Basin” is a groundwater basin located in southern california, which experienced complex problems of overuse during the last century. Californian law at that time was very unecological. Whoever owned a pumping station could harvest as much water as he or she desired. The legal framework did not curtail the pumping volume. Instead, the regulation leads to an artificial rise. Everyone who did not use “excess water” on their land risked to lose his pumping rights to invaders pumping more water. Since most landowners did not have the capacity to monitor their whole land by themselves, they decided to preemptively pump as much water as possible in order to prevent a loss in their pumping rights. The big problem of the regulation was the missing definition of “excess water”. This lead to something we now call the “Pumping Race”. Landowners who could afford it, pumped an excessive amount of groundwater in order not to lose their pumping rights altogether.

Consequences of this behaviour first manifested themselves in 1912. Until this moment the west basin water used to flow into the neighbouring pacific ocean. In 1912, however, the water level had sunk below the sea level, leading to an inflow of saltwater to the basin. Consequently, water quality deteriorated significantly. Astonishingly, users first learned about this problem 30 years later, when they commissioned a study on the state of the basin. The results were shocking: twice as much basin water was used as natural processes could replenish.

The water users immediately reacted, forming an association representing their collective interest in a sustainable use of the water ressources. To their advantage, californian law knows a tradition called “home rule” which gives groups of people the right to establish a special administrative district once this proposal is confirmed by popular vote. This enabled users to organize as a collective, which could bargain for good prices of imported water from other parts of california. However, the problem of overuse continued to exist since pumped water remained much cheaper than imports.

A solution to this problem arised only in 1945, when the California Water Services Company, together with two other users, filed a collective lawsuit against all other users.

Their claim was that users were exploiting non-surplus groundwater, leading to the deterioration of the whole resource. A first report recommended to reduce production by 2/3. All parties agreed on this  being a too radical reduction, threatening to destroy them economically. Therefore they decided to initiate their own negoitiations on future water-rights. The judge accepted the agreement resulting from these negotiations and it was implemented shortly afterwards. Compliance was monitored by a so called “Watermaster”, who was pa [ what ?] in equal parts by the state of california and the users themselves. If users were disappointed with the performance of the watermaster, they could petition the courts to appoint a new one. After the watermaster first was deployed, users complied with the stipulated agreement and the problems in the basin seemed to be solved.

Nevertheless, there were two other major threats to the resource. As the pumping volume was reduced, groundwater levels began to rise significantly. This led to water flowing into the neighbouring central basin, which also experienced a long period of overuse not (yet) curtailed. Furthermore, the total pumping volume in the west basin was still too high to be considered sustainable. Users learned from the experience of another neighbouring basin, which artificially replenished its stocks. They teamed up and once more founded a special district through the “home rule”, which had the power to charge a pumping tax and use the generated income to pay for artificial replenishment. The district was also used to pump water in wells near the coast. This established a fresh water barrier between the ocean and the basins with groundwater levels still below sealevel. With this barrier, saltwater intrusion was stopped effectively. All institutions that I described in this article have proved to be stable to this day. Even Elinor Ostrom praised them for their robustness and predicted their long existance.

What can we learn as young greens from these experiences for our poltical work?
First of all, I state that problems with common-pool resources are diverse and complex. Each resource is different. Each community of users is different. Policy concerning these commons has to take this diversity into account. I often observe a certain reflex in the green community: central governments appear to be seen as the best solution for every problem. Centralized regulation is effective and in many cases unavoidable (a self-organised alternative to carbon-trade is unthinkable), but can occasionally destroy valueable locally-held information about the resource. This can ultimately even lead to the destruction of the resource (in her book, Ostrom describes some examples of functioning self-organisation, which were made impossible by ignorant central governments).

Another lesson we can learn from this example is, that self-organisation needs at least minimal recognition by the state. Even the best agreements are useless if you cannot enforce their implementation. I therefore think it is of urgent importance to integrate something similar to the “home rule” into the European (or, in a first step, national) law practice. Finally, we need international rules against the unwanted commercialisation of self-governed natural resources. We must stop “water grabbing” once and for all!

Furthermore, the example I chose illustrates the importance of research for the sustainable use of natural resources. If users had not commisioned a study on the West Basin, they would have never even realised the problems they faced. Young greens have the duty to watch out for the right allocation of research funds whenever a green party forms part of the  government. Groundwater should have a special status in research. Its state is hard to asses for non-specialists (solely for the fact, that not everyone has access to a well, makes it difficult to observe groundwater), while it is essential for the survival of humankind.

Last but not least I want to use this article to appeal for more young green people in local politics. Nowhere else can we change local circumstances for the better as quickly as in city or regional councils. Especially concerning water use, the decision making power has remained in the hands of these local bodies. Which parts of the lake shall be used by humans, which should stay untouched to create space for nature? Should water services be privatised, managed by cooperatives, or be left in the hands of the state? Do we invest in new water pipes and purification plants? All these questions can only be solved at a local level. This is why I emphasize the importance of sensibilised young greens in councils, who work for rendering the use of groundwater sustainable.