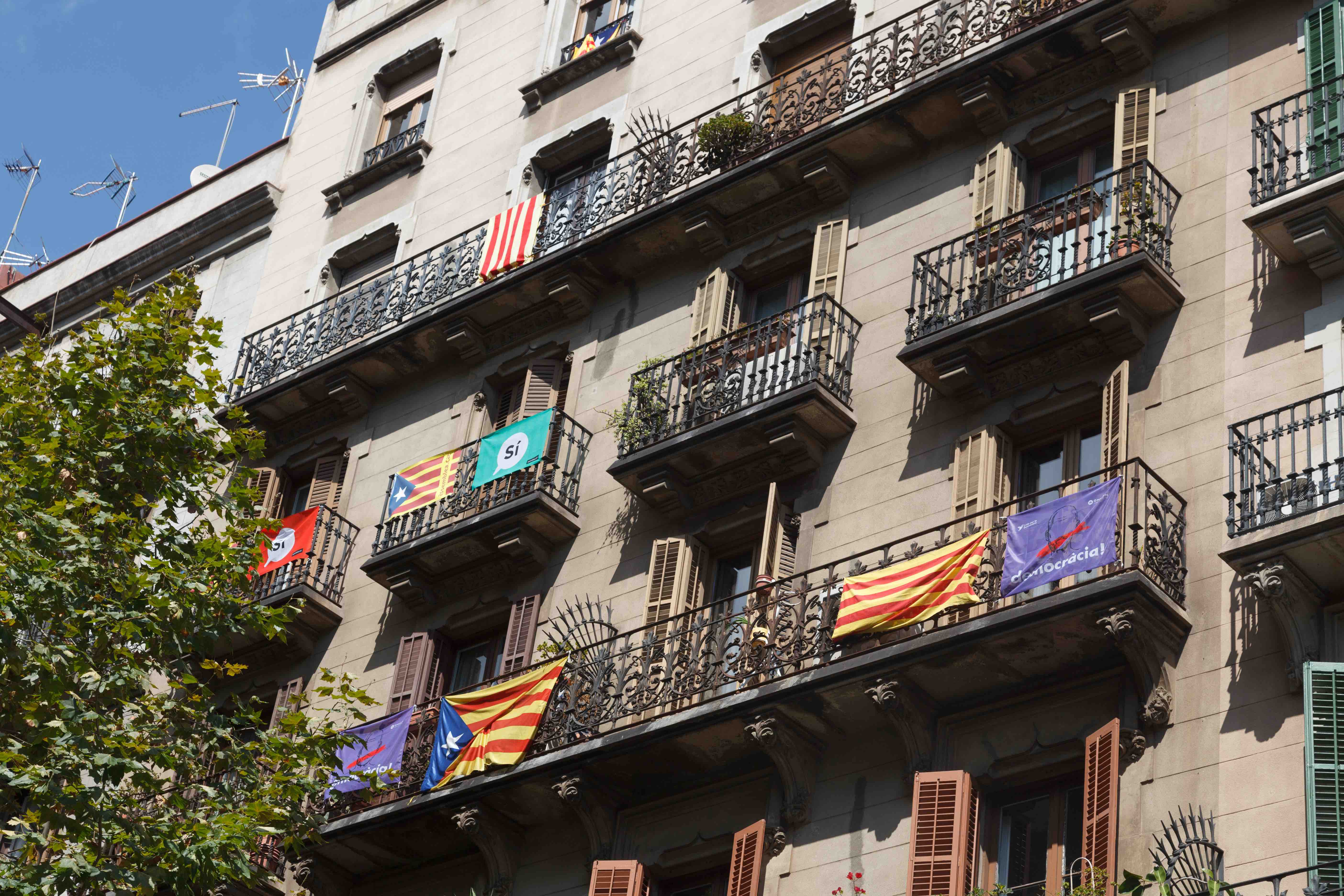 Democracy can be measured, and there is no bipolar difference between democracy and dictatorship. We can find characteristics of democracy in an authoritarian regime, and characteristics of authoritarianism in a democratic one. Thanks to the work of political scientist Robert Dahl, who considered democracy to be an incomplete path, we have different criteria to determine if a regime is a democratic one, and what the direction we should take to reach democracy is. One of those criteria are free elections, based on a freedom of candidacy, a freedom of propaganda or political campaigning, and a freedom of vote, in a context of an economic and cultural equality. According to this theory, we could say that if a regime respects one of these democratic criteria, it climbs on the democratic ladder.

On this ladder, the Spanish state just lost another point last week. Can we say that the violence against Catalans on Sunday, the 1st of October was part of a democratic regime? Absolutely not. Repression is a characteristic of authoritarianism. And this is not the only point the Spanish state – and Catalan government – has lost recently.

On the one hand, the Spanish government, represented by the Popular Party (PP) of Mariano Rajoy, showed its anti-democratic side by refusing debate and negotiations with the Catalan government. The PP refused the call for the 1st of October[1], appealing to the “territorial integrity of Spain”, and later on, after the results, stuck to the concept of convergencia nacional (national unity) – and so has the King.

Déjà vu. Indeed, in 1939, at the end of the civil war in Spain, nationalist Franco had conquered republican Catalonia. He removed the autonomía statute, and prohibited the regional languages. Far from saying that the situation is the same, it fits the suspicions of a Francoist heritage in the PP and confirms the strong conservatism of the party.

The Young Greens (YG) of Catalonia talk about a “spiritually Francoist” and a “corrupt resistant-to-change” party. They also underline the fact that the Statute of Autonomy of Catalonia wasn’t respected in any matter. The statute is a Spanish territorial division, that gives to each autonomous region in Spain a certain amount of powers and self-government. In the last years, regions of Spain, and especially Catalonia, were asking for more self-government. The PP refused to give them these, and decided to respond with policies centralizing the power of the national state even more. Moreover, besides refusing the call for the 1st of October many times, Spanish state sent the Guardía Civil, which normally do not operate in Catalonia, “to confiscate all the things that had to do with the referendum – ballot box, ballots, etc. – even to arrest, or having under surveillance printing houses”, say the YG.

Without the approval of the Spanish state, it was impossible to obtain a democratic referendum, because it didn’t represent the whole of Catalonia’s people: many were afraid to vote, some voted twice… The results are now hard to legitimate, especially as the vote wasn’t controlled as it would have been if the Spanish state had given it its endorsement.

We have a hypothetical 40% of the people, so not even a theoretical representative majority, that hypothetically voted at 90% for a “yes” to independence. Too many “hypotheticals” to be democratic. Especially given the fact that for Dahl free elections are the most important criterion, as it allows the transition from authoritarianism to democracy.

Climbing the ladders of democracy

As I said, we can classify regimes, and consider that authoritarianism or democracy aren’t static. There are several possibilities. The democratic situation of a state can be improved, and a regime can progressively climb the ladders of democracy – becoming more democratic. Or it can become what Catalan young greens call an “authoritarian democracy” and on the contrary progressively fall towards authoritarianism. But a regime can be on different steps of the ladder, not necessarily at the bottom or at the top. That’s what measuring democracy is about: finding out on which ladder a regime is.

The Catalan government of Generalitat, represented by Junts Pel Sí, Candidatura d’Unitat Popular (CUP), and their leader Carles Puidgemont, also showed that democracy wasn’t their priority. They consider the results of the referendum to be valid, despite the disagreement with the Spanish state, and even though there was only a supposed 40% of voter turnout. This reaction proves that their aim isn’t to respect the will of Catalans.

Catalan Young Greens feel that the referendum is used by both sides to stay in power, rather than to be an instrument that people could use to express themselves. For Carles Puidgemont, it is even an opportunity of becoming “president”. For the Young Greens, it is also what they call a “democratic fraud”, because the referendum respected neither the Pacte National pel referendum (the National Agreement for the referendum) nor the Venice commission, which defines good practice in a referendum. The Pacte was precisely written as a consensus between all social movements and political parties, representing at least 80% of Catalans opinion. The YG underline that such consensus is the only way the situation can be solved, because the lack of debate – which includes listening to each side, and essentially defines democracy – was the catalyzer of the problem. But, of course, it is easier for Carles Puidgemont to declare a unilateral independence.

Climbing the democratic ladder for Spanish and Catalan government would have meant listening Catalans. It would have meant considering that a majority of Catalans wanted a binding referendum, and that the right to decide shouldn’t be in the hands of an elite minority.

The Young Greens want a debate between the Catalan and Spanish governments, with the European Union as a “dialogue facilitator”, and between Spanish citizens. When I spoke with them, they added: “Of course both governments are not willing to talk to each other, but the people in Spain do. Everybody is horrified after the brutal police intervention, and we have seen lots of demonstrations all over Spain to call for the end of such repression, the beginning of a political dialogue, etc.”

At the end of the day, the issue of Catalonia is a good example of the limits of representative democracy: how it can be a way for some to impose what they want and to monopolize the power, sometimes with authoritarianism, and how it can lead to a disinterest in politics among the people. Maybe it is time for politicians and politics to reinvent themselves. Politics finds its efficiency in adjusting itself to the situation, doesn’t it?

Why do Catalan and Spanish states continue to defend what the Catalan YG call an “obsolete vision of nation-state”? Why does the Spanish state continue to defend the also “obsolete system of autonomía”, and to centralize everything, when it is obvious that it is at the heart of the conflict? Because as we noticed before, this is a way for them to satisfy their own interest, and not the one of the people. That’s why Young Greens in Catalonia – with the parties Izquierda Unida and Podemos – ask for a procedure of impeachment against Mariano Rajoy, and want Felipe VI to step down from the throne; not only to set up a republic, but also because he is closely linked to the PP ideology.

Thanks to the Joves d’Esquerra Verda for their answers and informations.

[1] The Catalan Young Greens don’t use the term referendum, because for them it was an unconstitutional event. 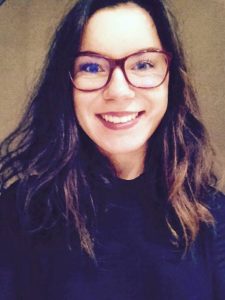 About the Author:
Born from a European mix between Italy, Portugal and France, I’ve decided to apply my belief in the European Project and in the Green ideology by becoming a member of the Future of Europe Working Group of FYEG. Apart from that I’m very interested in everything that has to do with education, and I love hispanic civilizations. That’s why I studied Spanish literature – among other things – , and I’m currently doing a master’s degree in Latin American societies and political science in Paris. I love food, cats, arts, ballet.